My Memory of Us Review - War Has Changed

My Memory of Us, a game by Polish developer Juggler Games that focuses on the plight of two Polish children during a robot uprising, serves as a thin allegory for World War II, and obviously means well. This is important, as a version of My Memory of Us that didn't have its heart in the right place would be a disaster. This puzzle platformer aims to pay tribute to the Polish citizens who lost their lives during the Nazi occupation, especially those that provided shelter and help to the people around them, and the game feels like it intends to be respectful, especially in the collectible "memories" that tell you more about the real-world people who inspired the game. Unfortunately, the good intentions of My Memory Of Us are obscured by dull gameplay and poor metaphors.

You play as a young boy and girl simultaneously, neither of whom are given names. Early in the game a "robot occupation" occurs, standing in for the Nazi occupation of Poland, and you find yourself guiding these two kids through an increasingly perilous situation. The game is a puzzle-platformer with an intentionally limited monochromatic color palette, with a sparing use of red. You can swap between the two characters or move them both at once by having them hold hands, and solving most puzzles comes down to running around interacting with everything and using the unique abilities of each kid. The boy can sneak and shine light into people's eyes to temporarily blind them if he happens to be standing in a patch of light, while the girl can run and use a slingshot, abilities which make her more enjoyable to control.

Occasionally the children will be separated or will need to work together while having access to different parts of the map and different resources. Some sections have a stealth focus, where you'll need to creep between cover and avoid enemy patrol patterns, and there are even a few vehicle sections (think Excitebike but much slower) scattered throughout. Any sequence like this with a potential fail state can get tedious thanks to some control issues--climbing objects requires more inputs than it should, the hand-holding mechanic can be unresponsive, vehicle sections feel stiff, and checkpoints that could stand to be more generous.

The puzzles you solve often resemble those you might find in a very simple point-and-click adventure and are rarely well implemented into the game world or plot. For example, figuring out a padlock combination during one sequence set within an orphanage involves observing an equation left on a blackboard, which encourages you to multiply birds by strawberries, then subtract the number of ships. The solution is to use a telescope upstairs to count the birds outside, multiply that number by the strawberries that appear in a thought bubble above an NPC's head after finding and giving them a jar of strawberry jam, and then subtracting the number of ships dotted around the house the padlocked door is in. This isn't a difficult puzzle to solve, but there's a sense of disconnect between your actions and the outcome, and completing it feels like busywork.

This is an issue throughout the game, where the impact and logic of your actions is often unclear. You're regularly stumbling ahead just looking for the next thing you're able to interact with, unsure of what outcome you're trying to achieve. The best puzzles are the more traditional ones--there are sliding tile puzzles, a few numeric brain-teasers, and even a clever maze later in the game. They largely feel divorced from the levels they're in, but some of them are at least entertaining.

A bigger problem is the concept of dressing up a Nazi invasion as a robot invasion. The plot's framing device--that the boy, now an old man voiced by the great Patrick Stewart, is telling a story to a young girl who visits his bookshop--can only justify the game's euphemisms so far. The conceit is that the story is being changed to make it child-appropriate and more exciting; in practice, though, obscuring the truth of the story just makes things weird. Stewart delivers his lines, set against static cutscenes between missions, with his trademark timbre, but it's hard to get past the fact that the game has taken something horrific and made it cute.

Worst still is when the metaphor the game is operating under starts to fall apart. Partway through the game, the girl gets marked as "red" by the robot army. The game's "red" people wear red clothing, painted on by the robots' machines, and suddenly find themselves treated like lesser beings by everyone. It's an obvious tribute to the girl in the red coat from Schindler's List, but as a metaphor for how the Polish Jews were treated, it feels too ham-fisted as a metaphor and far from the horror of what it is meant to fill in for, especially when it seems like the citizens being painted are being chosen, essentially, at random. It's possible to tell a Holocaust story like this through metaphor and abstraction--Art Spiegelman's comic Maus stands as perhaps the best example--but it never feels like My Memory of Us has anything new or interesting to say about the period it is depicting, and framing it as a story being told to a child does not excuse this.

The disconnect between the game's cuter aesthetic elements and the story, where characters get sent to live in ghettos and whisked off to concentration camps, is jarring. In one scene, a robot commander demands that the girl dance for him (which plays out as a button-matching minigame), throwing her a literal bone (which you need to subdue a dog) when she succeeds. The cruelty of this act is obscured by the game's layers of metaphor. There are a few moments when the game's aesthetic works well--one section where the two characters dress up in a crude robot costume is a standout--but the tonal confusion dampens most of the experience. The game's art style and soundtrack are both great, despite a few mild performance hiccups where the music would blip out for a moment, but even the way both children are smiling in their idle animations feels wrong.

Things improve later in the game when it leans in harder to the underlying horror of the situation. The weird fantastical elements still don't quite sit right, but when you're, say, releasing other "red" people from the robot's flying train while it's on its way to a camp, there's a tangible sense of gravity to proceedings, and there are a few plot beats that land well. When a weird, out-of-place final boss fight (complete with stuttering performance issues) breaks out in the penultimate level it's hard to know what the game stands for. But the emotional finale that immediately follows, while simple, manages to pay off well on the relationship at the game's core, providing the closure a story like this needs.

My Memory of Us feels misguided; a concept that doesn’t sit well, marred by puzzle gameplay that fails to challenge or excite. It means well, and divorced from the game's context, the game's aesthetic is charming. But it doesn’t really work as either a puzzle game or as an educational experience. 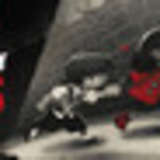 Schindler's List was the first movie that made James cry. He spent just over five hours playing through My Memory of Us. A code was provided by the publisher for the purposes of this review. 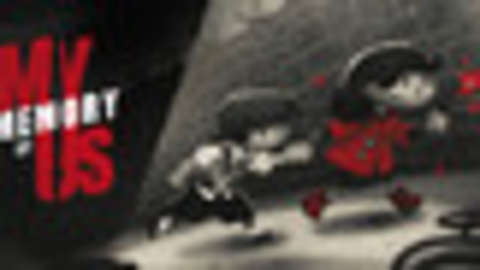 My Memory of Us

Everyone 10+
Mild Violence, Use of Alcohol and Tobacco