My Hero One's Justice Review - In Their Own Quirky Ways

Goes beyond, but not Plus Ultra.

My Hero One's Justice is a 3D arena-style fighter based on the popular manga and anime My Hero Academia. Unfortunately, One's Justice offers a bare-bones recreation of My Hero Academia's story, and it doesn't succeed at differentiating its offline modes. The game does have its moments, though, capturing the thrill of grandiose superhuman battles and the distinct fighting styles of the series' main characters.

My Hero Academia takes place in a world where most individuals are born with superpowers called Quirks. Izuku Midoriya, the main series' protagonist, is unlucky enough to be born without one. However, when Midoriya's role model, All Might, sees the young boy bravely try and rescue his childhood friend/bully Katsuki Bakugo from a supervillain, the world's number-one hero takes the Quirkless teen under his wing. All Might helps his protege get into U.A. High School, Japan's top school for those who want to be superheroes, where Midoriya ends up in Class 1-A with Bakugo and 18 other first-years who all have powerful Quirks.

One's Justice's Story mode briefly touches on this before jumping ahead to My Hero Academia's sixth arc, "Vs. Hero Killer." That's fine if you've been keeping up with the manga or anime, but confusing if you're using this game as your entry point into the franchise or just hoping to understand what's going on at all. Even when you do understand what's happening, there's a lack of any kind of emotional impact, as the story plays off characters' prior relationships with one another without actually telling you what those connections might be. However, the choice of later story arcs does justify the inclusion of certain characters, including the League of Villains.

You may also find it tough to follow the story since the whole game is presented in Japanese with English subtitles. The entire Japanese voice cast from the My Hero Academia anime return to voice their respective characters, and each delivers noteworthy performances. However, with no option to play through One's Justice's Story mode with the English dub's voice cast, you'll be fighting your opponents in Story mode while trying to read subtitles at the same time. It's not impossible, but it's not easy.

The game's Story mode isn't bad, though. One's Justice's campaign has optional "What If" missions that offer a look at what certain characters might have been doing between the story's major events. Even though these missions aren't canon, they're written well enough to fit the larger plot and it's believable that they really took place. Plus, they further flesh out minor heroes and villains that haven't gotten as much screen time in the anime.

One's Justice's other four major modes--Local Match, Online Match, Arcade, and Missions--are where you'll probably be spending most of your time with the game. Local and online matches pit two opponents against each other in a best-of-three fight, with the former allowing you to go up against a computer or a friend in couch co-op and the latter sending you online to try and climb up in the rankings. You can also dress up your characters with new costumes and cosmetic items that you unlock by playing the game and show off your custom outfits in local and online fights. A fighter's wardrobe doesn't provide any in-game benefits, but it is rather fun to dress someone up as one of My Hero Academia's characters that aren't included in the game, like Mei Hatsume or Gunhead.

In Arcade, you face off against computer-controlled fighters in a six-tier ladder where opponents get stronger on every rung. There is a slight bump in difficulty compared to Local Match, but it's not enough to make Arcade feel different from playing six consecutive local matches against AI. Missions mode is like Arcade, but with added optional requirements that you can fulfill to earn bonus cosmetic items. Those optional requirements are typically what you're trying to do anyway--such as winning every match or getting a good rank from a well-placed combo--so they don't force you into playing differently from the other modes. All four modes play essentially the same, with the biggest difference being whether you're going up against a computer or another human being.

Each of the fighters in One's Justice's roster are unique. Some handle similarly--Tenya Iida, Gran Torino, and Deku: Shoot Style are all speed-based fighters, for example--but no two characters attack the same way, even the ones who have the same Quirk. 19 fighters are available at the outset, with another unlocked by playing the story and two more offered as DLC. Attacking is fairly simplistic, with one button for melee moves and another two for using different aspects of a character's Quirk. That said, each fighter's moveset is varied enough that you can form multiple strategies with a single character. Bakugo's powerful Explosion Quirk, for example, doesn't usually have much range, but he can charge it up to do larger, albeit slower, attacks. His Quirk also has a bit of kickback, so while in the air he can attack to quickly change his trajectory, and even keep himself airborne almost indefinitely for a faster, hit-and-run approach to combat.

Learning the different fighting styles for a particular character--and then implementing their unique unblockable, grab, counter, and Plus Ultra attacks into your strategy--is key to mastering each one. Once you understand the basics, going up against computer-controlled opponents won't hold much challenge, but it does pave the way for more enjoyable moments in PvP play. When two players who know their respective fighter's strengths and weaknesses go head-to-head, it leads to some tense, yet exciting battles. And with One's Justice's relatively easy learning curve, it's not all too difficult to feel competent with at least a few characters and jump into a ranked Online Match.

The small moments of fan service during each fight are a nice touch too. Most Easter eggs come through in the characters' Plus Ultra special attacks, such as Ochaco Uraraka's Meteor Shower, but they show up cosmetically as well. The sleeves on Midoriya's suit will tear and his fingers will break if he uses an all-out Delaware Smash, for example.

It's a shame My Hero One's Justice's Story mode doesn't do a good job introducing the world of My Hero Academia, with several important narrative beats either missing or revealed through subtitles while you're busy trying to fight. The offline modes against AI don't do much for the game either. However, One's Justice's combat is both accessible and enjoyable. When two players face off--either online or off--the game captures the adrenaline-pumping feeling of My Hero Academia's most notable fights. Pulling off moves from the manga/anime and outsmarting an opponent with devastating combos feels rewarding, and that's enough to keep the player coming back to the game for more. 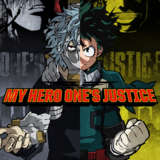 After keeping up with the My Hero Academia manga, anime, and Vigilantes spin-off, as well as playing My Hero One's Justice for 10 hours, Jordan can confirm that Bakugo is best boy. He played on Xbox One X using a code provided by Bandai Namco for the purposes of this review. 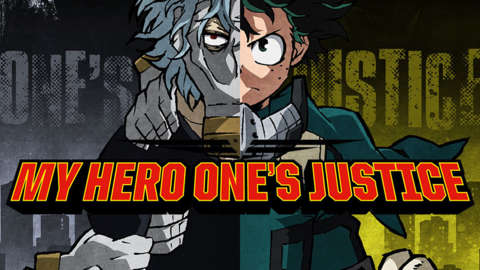 Whether you want to see the destruction of humanity or believe heroes should defend those in need, fight to prove your justice in My Hero One's Justice.