MX vs. ATV Alive has the potential to be a very good racing game, but right now, it's sorely in need of more content.

Motocross racing gets physical in MX vs. ATV Alive; colliding with opponents is now a legitimate tactic rather than a cause of frustration and the action is significantly more exciting as a result. It's not all good news in this scant sequel to MX vs. ATV Reflex, though; there's no structured career mode, there are no vehicle types beyond those mentioned in the title, and there are only two event types: Race and Free Ride. Additional features are promised in the form of downloadable content, but right now, this off-road offering barely does enough to justify even its seemingly attractive $40 price tag.

Climbing onto either a 125cc motocross bike or a 250cc quad in MX vs. ATV Alive as a level 1 rider can be daunting, particularly if you never played Reflex. Not only do you have to use both analog sticks to control your vehicle and rider independently of each other, but the game also makes no attempt to explain more advanced techniques: using the clutch to get off the start line quickly or to maintain speed through corners, or locking your seat bounce to preload for a jump, for example. Regardless, it shouldn't take you long to get a handle on the basics and start winning races.

There are four different difficulty settings to choose from, so you should have no problem finding appropriately challenging AI opposition. As you recklessly throw yourself into corners launch off of huge mounds of dirt, you have to contend with opponents who, while capable of making mistakes, are always fiercely competitive. Collisions are commonplace, but where in previous games these would often end badly, here they can work to your advantage because it's not uncommon to send an opponent to the dirt without taking a tumble yourself. Major mishaps aside, anytime you're in danger of falling off your ride, you're afforded an opportunity to recover by quickly flicking the right analog stick in the direction indicated onscreen to maintain your balance. It's the same system that was used in Reflex, and it works well; races are far less frustrating when you're not falling off after every mistake and you're not punished for riding aggressively.

At the end of every race, both you and your currently selected vehicle earn experience points and levels. Leveling up unlocks all manner of extra customization options. These include new paint jobs, performance-improving parts for your vehicles, and licensed rider gear. There are also rider abilities that, once equipped in the two available slots, can make it easier to prevent spills, knock opponents out of the way, or recover from falls, for example. There's even an ability that increases the number of experience points you receive after every race as well, which is very useful when you're eager to unlock the tracks that don't become available until you reach levels 10 and 25. (Alternatively, you can spend around $6 to unlock everything instantly.)

On the disc, MX vs. ATV Alive offers a dozen different full-length tracks, plus four short tracks and a couple of modest free-ride environments. Annoyingly, the vast majority of this mostly good content isn't available from the outset, and unlocking it takes long enough that you inevitably end up having to replay the same handful of tracks over and over again while leveling up. A redeemable code included with new copies of the game can be used to download two additional tracks located in a third free-ride environment, but even taking those into account, the selection that's on offer for the first few hours of racing is woefully inadequate.

One way to lessen the repetition of racing against the same AI riders on the same tracks is to put your skills to the test against human opponents, which still earns you experience points for your persistent rider and vehicles. MX vs. ATV Alive supports two-player split-screen in a full field of 12 racers, as well as online play for up to 12 riders. Split-screen play works well enough, though there's some noticeable texture and object pop-in that's not present when playing solo. The mostly lag-free online play suffers no such distractions and is a lot of fun, especially if get into a racing session with similarly skilled opposition. After selecting which class you want to race in (there are three bike and two quad classes to choose from), you're placed into a lobby with other players, and between races, you get to vote on which track is raced next.

Whereas MX vs. ATV Reflex offered a number of different gameplay modes, Alive offers only races and a Free Ride mode in which you're encouraged to explore sand dunes and quarries while completing challenges. Experience can be earned in Free Ride for performing long jumps, catching a lot of air, locating a secret vehicle in each of the three locales, and performing tricks. Sadly, tricks aren't MX vs. ATV Alive's strong suit. You need to move an analog stick in three different directions while holding down a shoulder button to get a trick started, and many of the animations take so long to play out that you need a lot of air for them to be successful.

Whether performing tricks or waiting at the start gate, riders and vehicles are reasonably detailed, and though track surfaces occasionally appear pixilated, the environments also look good when you're racing through them at speed. The most impressive aspect of the visuals, which also has an impact on gameplay, is that tracks get increasingly deformed and believably torn up by the bikes and ATVs as races progress, sprinkling every lap with a little welcome unpredictability. MX vs. ATV Alive is a better racing game than its predecessor, but sadly, it's not nearly as good a value proposition. Even after you spend several hours unlocking all that it has to offer, this is a game that's sorely in need of more content. It's coming, but rather than adding to an already fully featured game, here, it's hard not to feel like DLC will merely bring it closer to being the game it should've been from day one. 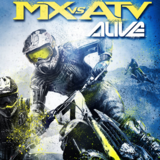 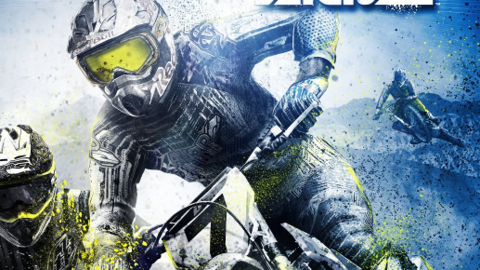 MX vs. ATV Alive is the newest game in this racing series.