MX Unleashed adds even more to the mix while keeping all of the stuff that made the previous games cool.

THQ's MX series has always been a good, solid motocross game. With good graphics, but better gameplay, MX 2002 and MX Superfly were fun motocross games that could appeal both to motocross freaks and non-fans alike. The latest installment in the series, MX Unleashed, adds even more to the mix while keeping all of the stuff that made the previous games cool.

There are two basic activities in MX Unleashed. The racing portion of the game gives you classic motocross action with large, lap-based tracks and decent competition from computer-controlled opponents. Through the career mode and the store, where you can purchase tracks and upgrades, you'll eventually see 24 indoor supercross tracks and 22 outdoor tracks. The freestyle portion of the game is, as you might imagine, more open-ended than the races, though this section of the game has seen quite an overhaul, giving it more structure and meaning than most motocross freestyle modes. Each freestyle level will give you multiple objectives to complete. For instance, hit objectives give you 10 jumps to make in the level, requiring you to both take off and land in specific areas. The run objectives are like hits, only the jumps must be hit in order and in one, continuous run. Stunt objectives are time-based score challenges. Rounding out the freestyle goals is the machine race, which pits your bike against another vehicle, like a monster truck, a dune buggy, a biplane, or a helicopter. Beating the vehicle also unlocks that vehicle for use in a free-ride mode, which is sort of a neat addition, but it doesn't really have much of an impact on the rest of the game.

The career mode ties all of the game's different races and challenges together, giving you rankings for each mode type and unlocking new objectives according to your performance. You can also race on any of the tracks you've unlocked separately, and these can be used in the game's two-player split-screen mode, as well. The game also has a series of brief training videos that explain various techniques, such as how to pull off tricks and how to best manipulate your bike's suspension, but the best training of all is the fast lap attack option, which illustrates the best racing lines for each of the racing courses, giving you a clear indication of how to ride.

The main gameplay hook that has kept the MX series and other motocross games from being just run-of-the-mill motorcycle riding and racing is the ability to preload your suspension. The basic idea here is that by shifting the rider's weight on the bike while jumping, you can essentially yank the bike into the air and jump higher than you could otherwise. MX Unleashed, of course, lets you do this as well, but it does so in a more natural way than the previous games did. Instead of just having a preload button and timing the button press accordingly, you shift the rider's weight back then forward on the bike. It's a bit touchier and harder to master than the preload mechanic in previous games, but it feels good, and once you've gotten used to it, it works just as well as, if not better than, the old button-press system.

Above all, MX Unleashed has great control. On top of the good preload system, actions like weight shifting and turning are very responsive, and, more importantly, the trick system works nicely. There are three different trick buttons, and pressing different combinations of the three buttons along with some D-pad work will bust out a lot of different tricks. Linking tricks together gives you Tony Hawk-like multipliers, and you can also land in a no-handed stance for extra points.

MX Unleashed appears on both the PlayStation 2 and the Xbox, but if you have a choice, the Xbox version is the one to get. Graphically, both games look just fine, but the Xbox version goes the extra mile. It, of course, looks cleaner right off the bat, but it also has widescreen capabilities and support for resolutions up to 1080i, which is nice for HDTV owners. The control in the Xbox version also feels a little bit tighter than its PS2 counterpart.

MX Unleashed looks great on both platforms. The riders look nice, and, more importantly, they animate well. With as many different tricks as the game has, you'll see the riders moving around quite a lot, so bad animation would have really hurt the game's look. The environments are nice and large, and the textures, with the exception of some blurry dirt-road textures, look great. The game does kick up some particles in an attempt to emulate dirt, but this could have been better. Overall, though, the game is graphically impressive on both systems.

On the sound side of things, MX Unleashed sounds realistic. The bikes sound appropriately throaty, and on a surround setup, you'll hear noises like the other bikes coming up behind you. The soundtrack is an appropriate mix of hard songs from bands like Trapt, 3against1, Cinder, and more. If you're playing the game on an Xbox, it automatically mixes in tracks from your custom soundtracks.

In the end, MX Unleashed is another very good entry in a solid series of motocross games. It plays well, and it has great control and a lot of tracks and objectives. The game has decent multiplayer options, too, but online play would have really added a lot here. Regardless, fans of the series or of motocross in general should definitely check it out. 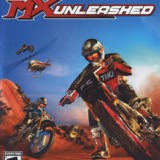 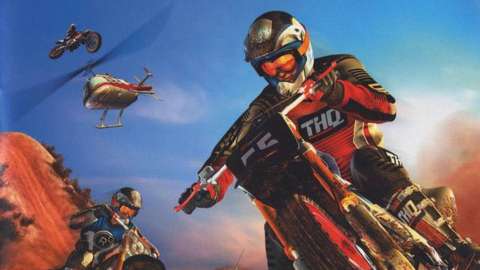 MX Unleashed adds even more to the mix while keeping all of the stuff that made the previous games cool.