If you missed out on MX 2002, Superfly is a perfect place to start.

MX Superfly is the follow-up to last year's PlayStation 2 and Xbox motocross game, MX 2002 Featuring Ricky Carmichael. This year's game sticks pretty closely to last year's script, though many of the rough and clunky portions of MX 2002 are smoothed out here, making it an easier game to grasp for first-time players. It also adds an array of minigames that, for the most part, just get in the way of what the game does best.

While it's listed in fourth place on the game's main menu, the game's main mode of play is its career mode. In career mode, you'll create a rider and start either a racing career or a freestyle career. The motocross racing career is the more straightforward of the two. In this mode, you'll go through a couple of tutorial levels and then make your way from course to course in typical racing game fashion. As you progress, you'll unlock new levels. The freestyle career is a little more convoluted. You need to earn money to advance from class to class, which you'll earn by competing in various events. The best events are the standard freestyle courses, but these are few and far between. Watering down the mode is a handful of minigames that will also earn you cash. Some, such as the bus jump and step-up competitions, which have returned from last year's game, are well done and effectively break up the monotony. But the wackier minigames--one that puts you on a golf course and asks you to drive from tees to holes, as well as another that asks you to pick up pizzas and deliver them to various points on the map--seem a little thrown together and really take away from the overall experience. The fact that you have to do well at these minigames to proceed only compounds this problem. Aside from the career mode, you can set up single races, freestyle competitions, and minigames. There's also a multiplayer mode and a pretty decent track editor.

As with last year's game, the main gameplay focus in MX Superfly is knowing how to effectively preload your suspension for big air and knowing when to goose your throttle for quick bursts of acceleration. Onscreen indicators let you easily view your suspension, so you'll always know how loaded your front shocks are at any given moment. Once you're in the air, you have access to a pretty nice trick system that gives you a lot of control over your bike's attitude while still letting you pull off some pretty outlandish maneuvers. Stunts are accomplished by holding down the trick button and entering a quick combination on the face buttons. Nac-nacs and rodeo airs are accomplished by hitting one or two buttons, but the truly insane tricks, like the experimental flip, require three button presses.

Graphically, MX Superfly is a marginal improvement upon last year's game. Essentially, the game just has a cleaner look to it. Everything from texture quality to animation just looks a bit better. Considering that MX 2002 was already a pretty great-looking game when it came out nearly a year ago, the minor improvements are a nice touch. The soundtrack is larger and more eclectic this time around, featuring licensed music that crosses a lot of genres. The artists on the soundtrack include Hoobastank, Dropkick Murphys, Souls of Mischief, Del the Funky Homosapien, and The Coup, all of which contribute to the game's title track. The rest of the game's sound is pretty amazing--the throaty tone of motorcycle exhaust is perfectly rendered, and the little touches, like the different sounds that your tires make on different terrain types, also add some flair to the audio.

MX Superfly is a cleaned-up and slightly larger version of MX 2002. If you missed out on MX 2002, Superfly is a perfect place to start. If you're a casual MX 2002 player, though, you might not notice or appreciate the game's changes and updates as much as a MX 2002 fanatic would. 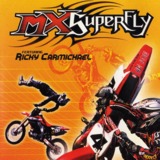 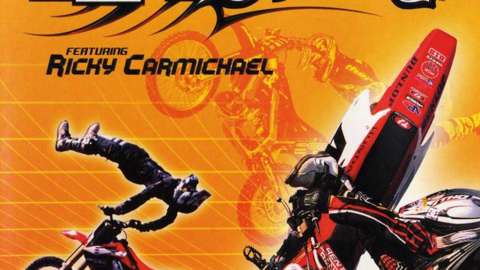 If you missed out on MX 2002, Superfly is a perfect place to start.