EA Sports has finally hit one out of the park with MVP Baseball 2005.

After the glory days of 3DO's High Heat Major League Baseball franchise at the beginning of the decade, things got rough for PC baseball gamers. Most development shifted to consoles, and 3DO's bankruptcy killed one of the best series in sports gaming last spring. But the drought is finally over. Following years of abuse from hardcore hardball fanatics over its unrealistic Triple Play series, EA Sports has finally hit one out of the park with MVP Baseball 2005. Impressive strides have been made over last year's sophomore edition of the series through the incorporation of enhanced realism, gorgeous graphics, habit-forming minigames, and a new career mode of play.

Play on the field sparkles. The pitcher-batter confrontation at the heart of baseball is as authentic as that depicted in High Heat 2001, the high-water mark of that series. Computer pitchers work with real intelligence that governs ball selection and location. They move the ball around, change speeds, keep the ball away when ahead in the count, and throw junk. MLB aces, like Eric Gagne and Kevin Brown, paint corners and put serious snap on breaking pitches. Pedro Martinez's slider, for instance, cuts across the plate like a runaway train. Taking the mound yourself is a tough assignment, too, because of a tightened-up pitching meter with a smaller sweet spot.

Computer hitters approach their duties with patience and have no trouble waiting for you to serve something up. At the same time, they're not invincible. Vary your pitch type, location, and speed and you can collect Ks with the right hurler on the mound. Stepping into the box against computer pitching isn't easy on the MVP and difficulty settings, although the new hitter's eye feature colors some balls at the moment of release (white for fastball, red for breaking ball, and so on) to let you know what's coming. All in all, everything holds together extremely well. And if you do see plays that you don't like, you can tweak sliders that control such factors as throwing speed, injury frequency, and pitcher fatigue.

That said, there are some quirks. More foul balls and walks add texture to games, although there still isn't enough of either. Play remains a touch on the fast side, making it hard to manually field sharply hit grounders and hot liners in the outfield. Couple this with the tiny size of the ball in the default camera, and singles can turn into roll-to-the-wall triples. Fielding assistance helps, though it seems like a cheat. Fielding is also the cause of an apparent bug that causes balls clearly caught in the outfield to be occasionally scored as singles. Fortunately, we only encountered this problem a few times in the two dozen or so games we played, but an issue like this needs to be addressed in a patch.

Of course, you need a little glitz to keep people playing. MVP Baseball 2005 delivers in that department with loads of features. Gamers with short attention spans can get instant gratification from exhibition play, manager mode, online multiplayer (which, incidentally, seems lag-free and now features 32-player tournaments, in addition to exhibition games), the home run showdown, and a pair of minigames. In fact, it's hard to stop playing the fiendishly addictive minigames, which hook you with simple gameplay and the allure of honing your skills for real games. The pitching challenge is an ingenious baseball version of Tetris where you score points by throwing the ball into colored blocks in the strike zone. Hitting is no slouch, either. There you take batting practice, where you must hit called shots, ramps, and even moving lawn mowers in the outfield, as well as wrecked cars and buses outside the fences.

And as usual with EA Sports games these days, almost every accomplishment earns points to unlock bonus content. Whether you pitch a perfect game, reach sixth level in the hitting minigame, or smoke Frank Thomas in the home run challenge, you accumulate points toward the purchase of classic players (from Ruth to Ryan), classic Cooperstown stadiums (like Griffith Park and the Polo Grounds...where games are seen through a sepia filter that makes it seem like you're watching 80-year-old newsreels), and classic old-time uniforms (such as the woolen togs worn by the 1915 Red Sox and the Day-Glo monstrosities that adorned the 1986 Astros).

If you're not into exhibitions and gimmicks, MVP Baseball 2005 includes a pair of career options. Dynasty mode adds the class A minor league circuit but is otherwise a holdover from last year, complete with similar features and the 120-year career limitation. The new owner mode is similar in many ways, although it's a dynasty mode that pumps up career play with reams of management tasks. Not only are you running a Major League franchise on the field, but also you're looking after farm clubs in all three minor leagues, setting ticket prices, building a ballpark for your inaugural season, purchasing concession stands and souvenir shops to sell overpriced soft drinks and T-shirts to the masses, and, of course, keeping the books in the black.

That's easier said than done. While overseeing the operations of your favorite franchise is addictive, owner mode has some problems. The principal issue is being forced to create a new stadium at the beginning of each new game, as customization is mostly limited to cosmetics. Other than choosing padding, brick, or ivy for the walls, in addition to picking seat color and selecting fence style and distance from a few choices, there aren't many options. Anything that would give homebrewed stadiums real personality, such as domes, retractable roofs, or unique attractions (like the train in Houston's Minute Maid Park), has been ignored. Also, for a game that is an ode to the Boston Red Sox winning the 2004 World Series--it features cover boy Manny Ramirez, an opening video about the history-making Fall Classic of 2004, and a title song dedicated to the Beantowners--it's bizarre that the only option for the placement of a Green Monster-styled outfield wall is in right field.

Money is another stadium problem. Clubs start with a paltry few million dollars, and those funds don't go far when outfitting a stadium. You can build a restaurant and maybe a couple of ice cream and pizza stands in year one, but that's it. Additions to improve the bottom line, like extra tiers of seating for more customers and upgraded restaurants, are far beyond your meager opening-day budget. This means you're stuck with both a 20,000-seat facility that bleeds cash for at least five years and a much-needed salary dump in your first season to remain solvent. It's impossible to make ends meet in the first years of running a rich club, too. Go into the 2005 season with the $200 million payroll of the New York Yankees and your first objective is dumping megabuck stars like Jason Giambi, Kevin Brown, and (gulp!) even Derek Jeter. So while you can call the Bronx Bombers' freshly built digs New Yankee Stadium, the actual park would be a better fit for the Toledo Mud Hens.

Play-by-play and color commentary is similarly minor-league. Duane Kuiper and Mike Krukow are awful. Not only do the broadcasters regurgitate lines from MVP Baseball 2004, but also their comments are entirely random musings based on the moment. So whenever Randy Johnson has a couple of tough innings, you'll hear something like, "This pitcher isn't going to strike out many batters." Uh-huh. The folks in Cooperstown are likely to disagree. Also, these lines don't mention specific players. Every observation is about "this hitter," "this righty," or even "this dude." The lone saving grace here is that Kuiper and Krukow confine their dimwitticisms to staccato sentences and don't ramble on between pitches.

High-quality visuals and in-game sound effects minimize the negative impact of the play-by-play. Both elements combine to give you the impression that you're in a big-league ballpark. Player animations are dead-on, with authentic batting stances and pitching motions of many Major League stars. Uniforms are attractive and brightly colored, although they also get pretty filthy after a slide or two. Vendors yell out the stadium treats they offer, like hot dogs and Philly cheesesteak sandwiches. Broadcast-style presentation now includes picture-in-picture displays from the top or side, showing fouls and whether you were in front of or behind the last pitch. In one area, however, this attention to detail goes too far. Player faces are so closely drawn that some have cheeks that resemble the surface of the moon. You can only see this sort of detail in the close-ups, such as when players step into the batter's box, but too many players look like they've got either serious acne or the measles (and poor Matt Stairs appears positively syphilitic).

With MVP Baseball 2005, EA Sports puts to rest the ghost of Triple Play once and for all. You won't quite get that just-ripped-the-cover-off-the-ball satisfaction earned once upon a time in High Heat, but you will get a sense of much-needed Major League authenticity that PC baseball fans have been missing over the past few years. 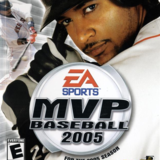 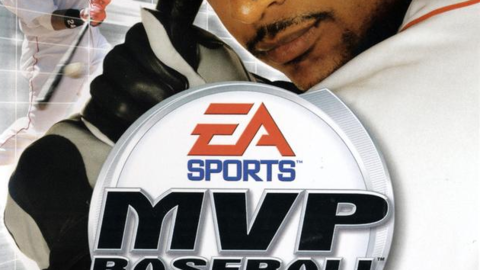 MVP Baseball 2005 offers more features that let you take control of your favorite major league baseball team both on and off the field. The game highlights its new Hitter's Eye controls, which give you more control of your swing, movement in the batter's box, and the ability to read the pitch.