Don't think too much about statistics, and you'll be rewarded with enjoyable hardball that often bears a strong resemblance to the national pastime.

Even though EA Sports has come a long way since the dark days of Triple Play, the company isn't ready to touch 'em all yet. MVP Baseball 2004 gets most of the big-picture stuff right--like pitching and batting mechanics--and it has a hardball feel that's very close to that of High Heat in its prime. However, somehow the developers have managed to screw up enough little things to unsettle most serious baseball fans. This is mostly a great game on the field, but it lacks a certain degree of authenticity. As a result, players will long for the improvements that EA will undoubtedly introduce next year.

For right now, however, the current game is enough to please casual arcade sports gamers. On the surface, MVP Baseball 2004 is an impressive effort, and it's reminiscent of classics like Stormfront Studios' Tony LaRussa line and 3DO's High Heat. It certainly is an improvement over last year's inaugural edition of the series, mostly because EA has spent the last 12 months refining the gameplay and adding a number of features--like making it possible to warm up pitchers in the bullpen, visit the mound, and trade with computer teams--that were omitted the last time around.

Depth has been enhanced across the board, with an eye toward courting the attention of baseball management simmers. In addition to exhibition games, online multiplayer, editable scenarios, hitter and pitcher challenges, and loads of unlockable stadiums, uniforms, and players, dynasty play now stretches to 120 seasons. EA has taken a hint from its comprehensive FIFA soccer series (which boasts something like 500 teams and 10,000 players in its latest edition) and has included rosters from every AA and AAA minor league club in North America. Having the ability to send down projects and call up prospects makes fantasy league play feel much more genuine than it did in MVP Baseball 2003. The same goes for the greater attention to clubhouse shenanigans. One of the most important meters to watch now monitors player happiness, so you have to keep everybody smiling. Fail to give a pitcher the innings he wants and you might end up with him sulking at the end of the bench.

On-field action also features more options. There is a manage-only mode available when you want to step away from the arcade action. Games here play out much like in text-based baseball management simulations. You can even go back to the gamepad whenever things get interesting--if you ever put down the pad in the first place, that is. EA Sports BIG controls now allow players to utilize console-styled gamepads with dual analog sticks. This gives you manual control over sliding, diving for balls, and even going up on the wall to snatch back homers. You really get the feeling that you're in a complete ball game rather than just going through the motions of pitching and hitting.

That's not to say that there is anything wrong with stepping onto the mound or into the batter's box. Pitcher-versus-batter confrontations are stellar. The pitching meter gives you more control than the select-pitch/select-location method used by other baseball games. It still feels a little odd to be pitching in a manner similar to how you would swing a club in golf games, though you sure can't argue with the way this pitching style ramps up the game's tension. Misfire here and your mistake will likely end up in the seats. Individual at bats play out in compelling fashion as well, although default settings are tweaked for higher offensive numbers. Gameplay-tuning allows you to make on-field play more realistic. For example, you can adjust the likelihood of batters making contact, power ratings, throwing speed, and so on (although don't expect to have a lot of pitcher's duels here).

Even though the control system practically screams attention to detail, there remain some strange omissions. All position players have ungodly levels of stamina. Barring injury, every nonpitching starter on your roster plays all 162 games--even catchers. And since injuries don't occur too often (though, oddly, there are a lot of long suspensions for on-field brawls), many players will break Cal Ripken's consecutive games-played mark within 14 seasons of starting a dynasty. However, it's not as if these numbers are tracked. Season stats are routinely wiped clean before the playoffs, so don't expect to look back fondly on banner years.

Computer managers make some dumb decisions. The AI doesn't know how to pinch hit. A pitcher often goes to the plate in the top of an inning and gets pulled before taking the mound in the bottom. There's a pathological reluctance to send runners with the pitch, no matter the situation. Two outs, a man on second, and a full count on the batter. Expect to see that runner anchored to his base until bat meets ball. Even worse, runners take a long time to get going on liners that stand the slightest chance of being caught. So when these balls do drop in for hits, an outfielder can usually gun these base runners down at second or third base.

Dynasty mode is wonky as well. We simmed our way through a half-dozen seasons and never developed a single good hitting prospect. Even the top sluggers maxed out at around .260, with pathetic power and cranking out maybe 20 round-trippers in their better seasons. This is arguably better than recruiting a clubhouse full of A-Rods every year, though a lot of the fun in scouting and drafting during a dynasty is ruined since you can guarantee how draft picks are going to turn out. The same goes for trading. Once all of the real major leaguers of the 2004 season have retired, there isn't much point in swapping one also-ran for another.

One area you don't have to worry about is presentation. Visuals are of extremely high quality throughout, perfectly capturing the Major League ballparks and the facial features of all the top players. Animations are particularly well handled, both at the plate and in the field. Movements are very smooth, even if a touch slowed-down to enable the undeniable coolness factor involved with watching someone take a mighty cut or stretch for a ball in slow motion. It's not wholly realistic, but it does add to the drama. Video frills are also included for useful purposes, because you access most in-game functions by opening windows. You can even look into the opposing dugout or the bullpen this way. Best of all, a top-down window over the batter's box opens up when you're in front or behind pitches, so you always know how much to slow down or speed up your swing.

Play-by-play men Duane Kuiper and Mike Krukow are the highlights of the audio. Each comments on what's taking place on the field and adds stat information about batters. Atmospheric sound effects put you in the middle of stadiums. Crowd noise swirls, team-specific chants go up, and the crack of the bat sounds like a gunshot. Soundtrack quality is up and down, though, due to too much reliance on indie-style teen punk bands, like the Von Bondies and Steriogram.

As good as MVP Baseball 2004 can be, it is also pretty frustrating. Every time you get going with a dynasty, put together a winning streak in August, or simply get into a groove with the intricate pitching interface, some glaring problem, like the absence of a strikeout in your last three games, shocks you back to reality. But even with these issues, you can't argue with the way the game performs on the field. Don't think too much about statistics, and you'll be rewarded with enjoyable hardball that often bears a strong resemblance to the national pastime. 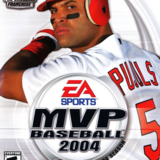 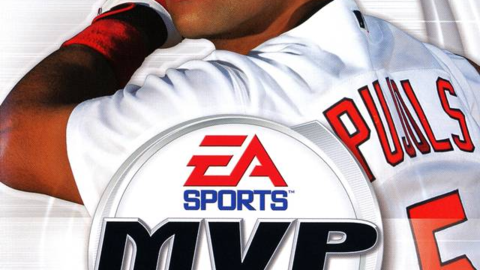 The core fundamentals are spot-on, the variety of options and control choices is spectacular, and the presentation totally draws you into the experience.