Mushashi Samurai Legend isn't especially hard or deep, but it's still a solid action adventure game with a good dose of quirky charm.

Musashi Samurai Legend brings Square Enix's wild-haired samurai hero back to the world of sword-swinging action with an all-new look and some new bladed prowess to show off. The game's boldly edged manga-style visuals are paired with gameplay that isn't quite as bold, as the methodical hack-and-slash that dominates the experience is lightly spiced with learned enemy abilities and a few racing-type sequences. Mushashi Samurai Legend isn't especially hard or deep, and you'll get virtually everything it has to offer on the first time through, but it's still a decent action adventure game with a good dose of quirky charm.

Events kick off with a mysterious young woman performing a mysterious ritual beneath a giant crystal (which is perhaps somewhat mysterious). She is Mycella, a maiden with a mastery of the magical arts, and she's summoning a hero--a hero that can save her people, the Mystics, from a threatening corporation known as Gandrake Enterprises. The company has learned of a way to refine a precious ore, called nebulite, into fuel for its nebulium engine, which is powering an industrial revolution of sorts. Apparently, the maidens of the Mystics have a unique ability to draw even greater power from nebulite, and Gandrake Enterprises is out to snatch that human resource so it can then dominate the world, as evil corporations are wont to do. But Mycella's efforts are successful, and the young swordsman Musashi is brought into this world of conflict. His only way back home is to trounce the evildoers, rescue the princess, and live up to his heroic destiny, which he decides is fine by him.

The game has a rather unique look to it that the creators have dubbed "manga-shading." It's essentially a cel-shaded design with lots of thick outlines paired with anime-style art direction. Visually, it isn't too terribly far from something like Dark Cloud 2, and it looks good, with the standout design choice being Musashi's ridiculously long, impossibly zigzaggy hairstyle. You'll see that certain enemy types are repeated, but the various robot and creature minions are as well made as the other characters you'll meet, and the bosses you'll fight are nice and imposing. The visual performance starts to flag in large areas with many enemies, giving rise to some noticeable graphical slowdown. And while the camera is mostly content to stay out of your way, there are a few cramped instances where your viewpoint becomes difficult to manage. That won't happen most of the time, though, as you'll generally have a good view of where you're going and what you need to kill.

Musashi charges into battle with two weapons, a basic katana and one of a variety of larger blades that he'll collect as he presses on in his adventure. He can strike foes with his katana for a short combo, using a greater blade for either a slow finisher, a slower and harder-hitting strike, or any of a number of special moves he learns with that particular sword. He can also block attacks or focus on a particular enemy to learn a technique. When you focus, the color of the lock-on for that enemy lets you know if there's an ability you can learn. Once your focus gauge is full, you'll have to hit the square button just as your foe uses his special ability on you; and then you'll perform another button action to master the technique.

It's not as complicated as it sounds, though. In fact, the biggest problem in learning new abilities is usually in getting your enemies to use them on you in the first place. Since focusing to learn a technique leaves you completely open to attack, you'll often end up getting swiped by normal attacks or getting hit by other enemies entirely, which means you then need to build up your focus gauge so you can try again. And while learning new abilities is interesting, you won't get very many strategic opportunities to put those abilities into play, barring a few that will become staples.

In fact, you won't even be using many of the techniques you learn, as most of the foes you'll end up fighting can often be obliterated easily using your basic combo slashes. Enemies aren't very bright, even when massed, so they'll be scattered throughout the zone, waiting for you to approach to activate them. Then they'll wait for you to run up and start slashing the heck out of them. You can even run right through certain groups of enemies without attracting their notice at all, and given that this game often has you backtracking through previous areas, you'll be trying to run past many of them. The game also liberally uses respawns, which mainly serve to make passage through a given zone irritating rather than challenging. You'll best a batch of robots on the way to a door, stop to grab the treasure chest in the corner, and turn to find that the robots have all returned and are equally as dumb as the first time you killed them. At least they'll all give you some amount of experience, which you can then use to raise Musashi's attributes. Boss battles are the only real challenge of the game, but even exploiting the bosses' weaknesses isn't all that hard. The process is made easier by the fact that if you die in a boss fight, you can restart right from the beginning of it, which means you have plenty of time to learn about the encounter.

In between stages, you'll be running around the Mystics' home city of Antheum, which is carried through the air on the back of a great sky whale called Anthedon. Initially, the city is a bit bare, but you'll find numerous Mystics throughout the world that have been sealed in capsules to protect them from Gandrake; freeing them gradually lets the town get back to normal. You'll be able to upgrade your weapons, gather supplies, and further the story while in town, and a nice feature is a star that appears on your city map to let you know who you need to talk to for advancing the narrative. This cuts down on the typical "talk to everyone twice, then talk to them again every time you do something" sort of story advancement that role-playing games tend to favor. Often, you'll have to go out and help one of the maidens, and frequently these maidens end up having to be carried around by Musashi so that he can rescue them. You can put one down to fight enemies if you want, but you can also perform a single attack by thrusting the maiden you're carrying at your foe (she never complains); or you can toss the maiden in the air and then execute a wide sweep of your blade before catching her again. The mindless masses of enemies somehow are a bit less annoying when you can break their teeth by jabbing at them with a young teenaged girl, so these sequences end up being a nice change of pace next to all the rote slashing.

There's voiced speech, but you'll probably end up wishing there wasn't, because most of the voice acting in Samurai Legend is various shades of bad. Musashi himself has a very young voice that just doesn't fit, despite the cartoony atmosphere of the game, and many characters have problems with delivery. In fact, one character offers dialogue that's full of British turns of phrase, but it's delivered with no accent at all, which is just strange. The music performs better by presenting a mix of synth-heavy mystical tunes, good battle music, and some pretty cool surf rock, courtesy of the Surf Coasters. This specific music generally kicks in during the "racing" phases.

Breaking up all the running around, Samurai Legend includes a few short stages that feature Musashi on motorcycles or on robot vehicles as he smashes up bad guys on his way to the finish line. They're nice additions, but they don't have much meat to them. Basically, you'll need to just avoid enemies by employing the occasional sword swipe, knocking them into obstacles and such, or clearing them out of your way.

The game can be finished in 10 to 15 hours of play, and after a single play-through, you'll have seen most everything there is to see. Beating the game unlocks the hard mode, for those who like their action ramped up a bit, but while there are various items and enemy techniques you can collect, unless you're the type of person that must have everything at 100 percent, you likely won't care. Musashi Samurai Legend is stylish but fairly shallow, serving up an experience that represents good, light action fare but is low on challenge. If you're a fan of the manga style and you've got an irresistible need to cut up a bunch of evil robots, a rental would probably do you nicely. 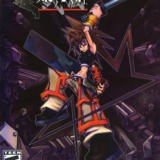