Muppet Monster Adventure is one of the rare breed of titles that's well-suited for grown-ups and children alike.

The estimable Jim Henson may no longer be with us, but his legacy lives on. Long past the movie, plush toy, and lunchbox licensing era, the master puppeteer's foremost creations, the Muppets, have finally staked a decent claim on interactive territory. While Race Mania revealed that these aging pranksters were still viable and hip celebrities, it's the surprisingly polished and enjoyable Monster Adventure that ultimately drives home the point that they're more than just one-hit PlayStation wonders.

Chaos reigns when Dr. Honeydew and friends attend the reading of his estranged uncle's will. During a visit to the recently deceased's decrepit manor, Kermit, Miss Piggy, Fozzy, and other old-time favorites are captured and turned into fiendish monstrosities. A mind-boggling amount of evil energy has also been unleashed on the denizens of the surrounding countryside. Circumstances then provide you with plenty of level-enhancing diversions while playing as prepubescent frog Robin, this polished action-adventure's Prince Charming.

Disney references aside, the hero's a regular Dr. Jekyll. He'll explore huge 3D environments looking for special amulets that morph him into one of several famous Hollywood monsters. Robin gains certain special powers by morphing into these monsters, including the ability to fly, the ability to climb, and the ability to deliver a wicked karate chop, among others. Kids in particular will love playing as the adorably evil Wocka Wocka Werebear, Ker-Monster, or Ghoulfriend creatures. Equipped with the transformation charms, Robin can effectively traverse the multitiered terrain, seeking out the Muppet tokens and evil energy stars that open additional levels.

It's searching for all these goodies that makes the game so enthralling. The enemies and the simple yet intriguing switch and block puzzles provide only a modicum of challenge, and experienced adventurers will eat them alive. Where the difficulty lies is in reaching previously unattainable heights or unexplored territory. To do so, you'll experience each stage in its grandiose, chuckle-a-minute entirety. Thrilling, well-executed minigames such as races and antique destruction sprees also tack play time on. Luckily, king prawn Pepe's on hand, dispensing travel advice in his thick French accent and cutting down any confusion which may arise.

Beware, though, for danger abounds and job-related hazards adopt many forms. Life-gauge hearts can be lost to lava flows, overgrown spearmen, peacocks in knight helmets, and stranger adversaries. Overgrown boss monsters like a Miss Piggy version of the Bride of Frankenstein also put the hurt on. Robin's Nintendo-esque power glove easily keeps most foes at bay - it's the potentially fatal jumps that you'll really have to watch out for. Despite being targeted at kids, this product's challenging enough for seasoned platform-game veterans. That's a darn good thing, since you'll have to stomach multiple passes through some worlds unless you're extremely thorough the first time.

Impressive, colorful graphics back up the solid gameplay. The title sports a diverse texture library, with indoor and outdoor scenes painted in all manner of vibrant hues. Workmanlike animations, including transformations in which Robin grows fangs, claws, fins, and wings, enhance the presentation as well. Excellent rendered cinematics and frequent, high-caliber voice-overs magnificently convey the signature Muppet sense of humor. If nothing else, you'll love Pepe's subtle jokes and the chicken projectiles. The quirky yet forgettable soundtrack and the average sound effects notwithstanding, the game's a pretty solid package.

Muppet Monster Adventure is one of the rare breed of titles that's well-suited for grown-ups and children alike. Alone or as a family, players will surely appreciate Henson Interactive's latest contribution. Despite its unsophisticated play mechanics and juvenile decor, this product is a cut above most kid-friendly fare, largely thanks to its great level design work and a hearty atmosphere. The only thing that's truly scary about this offering is how entertaining you'll find it. 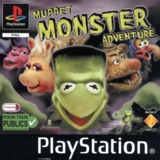 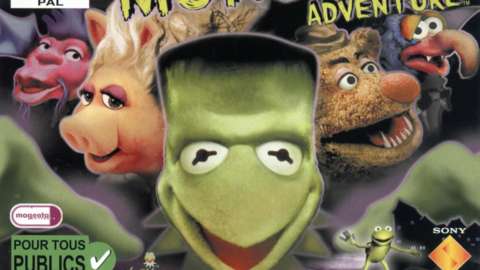 Muppet Monster Adventure is one of the rare breed of titles that's well-suited for grown-ups and children alike.