Mummy: Tomb of the Pharaoh Review

I wish I could remember who said it first: "It's like d&eacute;j&agrave; vu all over again." Amazing Media has come out with another FMV-intensive action game, based on one of our great literary icons, The Mummy. (They already did Frankenstein: Through the Eyes of the Monster, and presumably we'll see something along the lines of Dracula before we're through.) And like last time, we have a middling-to-large star presence in the gruff, icily civil nastiness of Malcolm McDowell, playing the character he plays best ... which is the only character he ever plays, as a matter of fact.

In Mummy, you play a representative of a mining corporation, sent to an Egyptian site to deal with the revolt of workers, who, ever since the discovery of a hieroglyph-covered box, fear a curse lies over the mining site. With very minor changes, the navigation scheme here is the one from Frankenstein, and the integration of the full-motion actors with the computer-generated backgrounds is just as smooth and seamless (although the acting, with the exception of Malcolm McDowell, has turned out quite a bit worse). You'll spend your first game-scale day navigating the desert camp, making acquaintances, and being followed around by the nosy and subtly threatening McDowell, who doesn' like you very much. The static-frame navigation from the first game (for such is the way I cannot help thinking of Frankenstein and Mummy as the "first game" and the "second game") makes a little more intuitive sense, due largely to the much more rectilinear layout of the hangars and barracks of the campsite. Mummy's puzzle-solving elements - including such tasks as repairing electrical wiring, going behind people's backs to swipe confidential data, and locating secret doors hidden since the WWII heyday of the Nazi base the campsite was constructed on - are definitely not brain-benders in themselves, but a certain amount of common sense is required; you will occasionally find yourself "solving" a puzzle only to find that it won't do you any good until you've discovered a critical clincher. Nuff said.

Mummy has a minimalist feel to it, partly because of the spare graphics (scattered buildings and one runway on a baking desert floor), partly because of the relatively low population of the world (under a dozen actual characters), and partly because of questionable construction. The mine, where the adventure ultimately leads, appears at first as little more than level upon level of pointlessly large and empty caverns. While the player eventually uncovers secrets and new chambers (and along the way, becomes acquainted with the supernatural entity in question via some of the cheesiest acting imaginable), it's easy to feel cheated early on, especially for less-than-hardcore adventure gamers.

The overall result is merely an okay-looking, reasonably straightfaced, wonkily-balanced game experience not quite challenging enough for the long-time adventurer and not quite guiding enough for the newbie. It's a shame because the Mummy is, in many ways, a much more engaging character than Frankenstein, with the potential for a deeper backstory and more mythical involvement. If you enjoyed and were not overly daunted by Frankenstein, Mummy will be more like a light snack with occasional pits you need to spit out or swallow with some resignation. Interplay hasn't strolled down the sidewalk with this much of dog in some time, but it's weirdly reassuring to know that nobody's perfect. 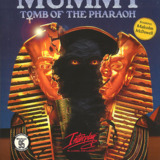 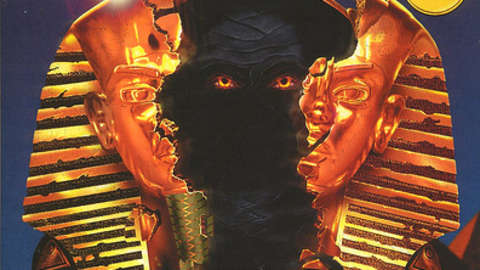 Mummy: Tomb of the Pharaoh

5.4
Sign In to rate Mummy: Tomb of the Pharaoh