Curd have been better.

MouseCraft mashes up the strategic brick layering of Tetris with the minion management of Lemmings. This is an appealing premise, and the game occasionally lives up to its promise, but long stretches of shallow puzzles keep it from achieving the greatness of the classics it's based on. Its pop-off-the-Vita visuals and brimming charm often overshadow its shortcomings, but MouseCraft ultimately comes off more cute than clever.

That's not necessarily a bad thing, though, because the game's abundance of adorableness kept me smiling even when its gameplay let me down. While the setup--help a trio of rodents get from point A to point B--sounds simple, the charming presentation sports more personality than most puzzlers. Decked out in Doc Brown designer wear--goofy goggles, lab coat, and argyle sweater--the protagonist is a mad scientist cat. The nutty feline professor isn't restricted to cutscenes, however; his animated antics are always on display in the background. It's a small touch, but seeing him dramatically react to his experiments in real time definitely added to my enjoyment. Subtler inclusions, from the stages' spinning hamster-wheel starting points to the visible waft hovering above the cheese, similarly had me flashing a goofy grin. And just when I thought I'd seen it all, I witnessed a mouse--in ghost form--gently drift up to the heavens upon being dipped in acid.

Speaking of untimely rodent deaths, MouseCraft is still a puzzle game. Using a set selection of Tetris-like blocks, you must carefully pick, rotate, and place the bricks to create safe passage for your mice. Only one of your furry friends must make it to the pungent prize, but a number of obstacles and hazards attempt to keep their coveted treat nibble-free. As you progress through the game's 80 levels--broken into four stages--you encounter enemy rats, pools of water and acid, and threats of the electrical variety. On the plus side, you also have some helpful tools at your disposal. In addition to obstacle-clearing bombs, you're awarded blocks that can significantly change the dynamic of your plan and path; jelly bricks, for example, cushion long falls, while indestructible blocks work exactly as advertised.

The cheese-chasing puzzles are at their brain-bending best when these various elements affect each other or when they present both life-saving and life-siphoning properties; mice can safely drop from a great distance into a pool of water, for example, but if they're left beneath the surface too long, they'll drown. MouseCraft does a decent job of introducing fresh ideas across its five or so hours of playtime, but it could have been better had it included more of these dynamic, double-edged-sword-like conundrums. As is, there are a few forgettable stretches where you breeze through a series of puzzles without giving your gray matter much of a workout.

Some additional challenge--and replay value--is injected via collectible shards. Not every one of the glowing blue objects needs to be grabbed, but enough must be acquired to access later levels. I rarely left the critical path to collect them, but found myself revisiting stages to accrue the requisite number. While devoted completionists will enjoy sniffing out every last one of these hard-to-reach items, others will appreciate the ability to quickly reset puzzles to their starting points, undo moves, and even freeze time. As someone who falls squarely in the middle of these two camps, I found the latter inclusion a little too helpful. I loved being able to pause the action to plot and plan my next move, without worrying about what trouble my mice were getting into, but at the same time, I found myself relying on this time-stopping power far too often. Perhaps putting a limit on its use per stage could have struck a happy medium between its being a strategic resource and an overused crutch.

MouseCraft also includes a level editor, allowing budding designers to build their own devious stages. Thanks to an intuitive interface and a brimming inventory of items and obstacles, this mode is fun and accessible. Sadly, its appeal is limited by the fact that you can't share your masterpieces online with other PS Vita-owning pals.

Forgoing the sort of melon-twisting substance that has seen many code-cracking gamers pull their hair out in favor of a pick-up-and-play puzzler with plenty of Pixar-flavored appeal, MouseCraft is usually a fun little romp. Much like that block of Muenster in the back of your fridge, though, it's a game you'll likely forget about a week after you buy it. 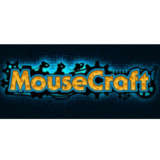 After spending six or so hours with MouseCraft's malnourished, mistreated lab rats, Matt Cabral grew to appreciate the hungry rodents' plight. Well, either that or he was just really craving a grilled cheese sandwich. 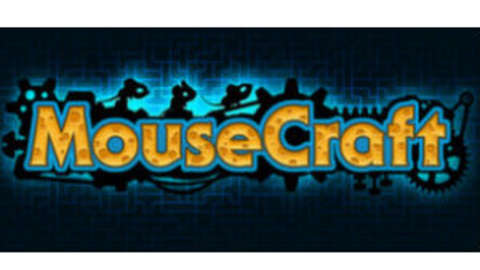 Ever wondered what a cross between Tetris and Lemmings would look like? Well, wonder no more, 'cause... MouseCraft is here! MouseCraft is an A to B puzzle game where players help mice in their relentless quest for cheese by stacking the world's most famous blocks: Tetrominos.