If you like pure speed seasoned with good graphics, this is one you definitely don't want to miss.

Just like the band it takes its name from, Motorhead is full bore, no nonsense, and in your face from start to finish. Car setup? Ha! The only decisions facing you before each race are which of the game's ten cars you'll drive (they're rated for speed, acceleration, and grip) and whether you'll use an automatic or manual transmission. Car damage? Fahgeddaboutit - hit a wall going 200 per, and all you've got to worry about is how fast you can get back on the track. Realistic physics? Well, how's this: Step on the gas to go faster, slam on the brakes to slow down, and if you head into a curve going too fast, you'll start sliding. Yeah, it's simplistic - but after wearing myself out tweaking car setups in games like Grand Prix Legends and Viper Racing, it's a welcome change of pace.

Motorhead's relatively plain-Jane car graphics won't win any awards; you can recognize each car type, but that's about it. The tracks, though, are a whole nother story. The eight venues (the ads claim double that number because all can be run in reverse) provide an amazing amount of visual variety, with vistas ranging from downtown cityscapes to rocky mountain passes and gritty industrial sectors. And there are so many cool things to see at each course - futuristic aircraft, humongous submarines, operational mining equipment - that it's actually worth the time to cruise around each track to soak it all in.

This isn't a case of all looks and no play, though. Play on medium difficulty, and you can expect some extremely challenging performances by the computer opponents - so much so that I never even got around to putting the game on the highest difficulty setting. There are plenty of places where you'll catch air and nearly as many spots where the road you were roaring down at top speed abruptly ends with a 90-degree turn. You'll stay on your toes, all right, or wind up slamming into an immovable object (too bad you don't get to see any damage from wrecks).

You'll find all the usual single-player modes in Motorhead - a single race against seven computer opponents, a time attack where you race alone against the clock, and a ghost mode that lets you replay or drive in a previously recorded race - but Digital Illusions made the rather boneheaded decision to base the number of available cars and tracks on how well you perform in league races. What this means is that you've only got two cars and two tracks available when you load the game; you've got to place second overall after two league races to gain access to more, and even then it's only two more tracks (you do gain access to three new cars, though). I usually don't have a problem with this kind of setup, but two cars and two tracks seem like an awfully skimpy appetizer - and with no option to set the difficulty level in league races it can take you a lot longer than you'd like to get a few new cars.

In League Races, the available cars and tracks are divided into divisions - good idea, except that each new division includes the tracks you just finished racing on, sometimes for three or four times before you perform well enough to advance. I don't know about you, but after I've been around a course a bunch of times in Division 3, I sure don't want to start my Division 2 career by racing on 'em all over again. I will give Digital Illusions credit for one decision: At least it put cheat codes online that'll make every car and track available in single-race mode.

The good news is that Motorhead would still be a blast even if you tossed the whole single-player mode out the window, thanks to free multiplayer action on Mplayer (you can also race on dedicated Motorhead servers, but they're mainly in Europe, and the process is more complicated than Mplayer). Every now and then you'll run into some "warping," where cars shoot ahead at what looks like the speed of sound, but for the most part the game handles latency very well. And what can become boring and routine in single-player races takes on a whole new life in multiplayer mode: It's twice as exciting when the car you're nudging into a wall is being driven by a real live person who's probably swearing revenge on you as you're doing it. It's true there are a few trouble spots in Net play: Motorhead's multiplayer interface doesn't let you see the entire list of lobby commands while you're waiting to race; choosing a dark color to represent you on the track overlay makes it nearly impossible to view your chat text; and there weren't a whole lot of folks racing either the demo or retail version of the game (at least as of early April).

But you can always print out or jot down the lobby commands from the README file, and using a light color for the track overlay won't affect your driving. And as far as finding some competition, you can bet that'll change once word of Motorhead's thrills gets out on this side of the pond. If you like pure speed seasoned with good graphics, this is one you definitely don't want to miss. 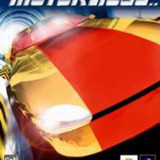