Motorbike is a cruel joke of a game that no PlayStation 3 owner should ever consider.

To call Motorbike a Trials clone would be an insult to every Boba Fett and Dolly the Sheep that has ever existed. Sure, there's a cursory link between the two games in the way you travel from left to right on a virtual motorcycle, shifting your rider's weight around as you negotiate one treacherous obstacle after the next. But Motorbike is so much more than just a pale imitation of Trials; it stands on its own as a game that is both spectacularly and mind-numbingly atrocious. Every single aspect of this game, whether it's the awful track design or the litany of game-breaking bugs, serves as an affront to the very concept of fun. It's bad. It's real, real bad.

Motorbike's list of sins is a long and egregious one, dominated by a nauseating frame rate and frequent software crashes. But if you're lucky enough to survive the game's penchant for freezing on the title screen, you'll find your troubles are far from over. It all starts with Motorbike's awful, unpredictable, and downright spiteful physics engine. Like in Trials, you're asked to overcome all manner of steep hills, massive jumps, and scattered barriers. But there's absolutely no logic or science to the way your motorcycle interacts with the gameworld.

At best, your bike feels stiff and ambivalent to both your rider and the surface beneath it. At worst, you're sent rocketing into the sky when your wheel so much as grazes an object, or tumbling into the oblivion below when the ground decides it would prefer not to support your weight any longer. You never feel satisfied when you complete a track; you simply feel like you landed on the lucky side of the unpredictable physics engine.

Equally unsatisfying is the game's abysmal track design. The vast majority of Motorbike's levels are a mangled train wreck of obstacles assembled without the slightest concern for what your rider is able to perform. Many tracks break after a certain amount of time, whether it's ladders sliding out of place or crates falling onto a ramp critical to advancing through the level. Combine these courses with the wildly unpredictable physics, and your experience with the game almost always devolves into an exercise in overcoming hair-pulling levels of frustration.

One of the more infuriating things about this track design is the way Motorbike taunts you with its few arbitrary uses of checkpoints. Within the game's 80 standard courses, there's only a small handful that even manage to use a single checkpoint. The game goes out of its way to show you it's capable of easing your frustrations were it inclined to do so, and then proceeds to make you restart almost every track from the very beginning because haha whoops. It's the Bond villain of game design.

There's no incentive to push forward, either. Motorbike fails to grasp the concept of game progression on the most fundamental of levels. Every course is unlocked from the start of the game, with a tiny checkmark acting as the sole indicator that you've completed a track. You don't earn new bikes, either; you simply choose Bike A or Bike B. Good luck trying to tell them apart, too, because the game can't be bothered to explain any performance differences between the two. Why would it ever want to do that? Don't be silly.

In a game full of glaring flaws, co-op is where Motorbike hits rock bottom. For that, you can thank the twisted fever dream that this game calls split-screen. The idea is that the game dynamically follows each player, splitting the screen when they get far enough apart and merging these perspectives when they're close together. But the game struggles mightily with keeping track of each player's location, recklessly panning this way and that while randomly swapping each player's side of the screen for no apparent reason. At various points, the camera gives up and focuses on the empty abyss beneath the track for five seconds at a time, as though the pretend cameraman's arms got tired or he noticed something shiny in the distance.

Competitive play is a bit more functional, with a camera that's actually capable of following where each player is at any given moment. That doesn't stop the two players from knocking each other over at random, though, despite the fact that each opponent is represented as a ghost on the other's screen. That shoddy execution pervades the track creation, as well. Building a track forces you into a pitched battle with the game's abysmal menus, where you're forced to scroll through the game's entire list of objects to get from the save button to the test button. Placing those objects, meanwhile, is like hunting for a light switch in the dark. If you'd prefer to partake in tracks other people have made, good luck trying to find the best ones. User-created tracks are dumped into an endless list with no filtering or highlighting to speak of. But at least scrolling through that interminable list of tracks comes with the added benefit of not playing Motorbike.

It probably won't surprise you to hear that Motorbike is not the most handsome of games. Besides a visual design that features such inspired track themes as desert and mountain, you're treated to aggressively bland hard rock background music and sound effects that more closely resemble a series of wet farts than revving engines. In no universe is this a game that comes close to being worth the $15 price tag Motorbike commands on PlayStation Network. There's no two ways about it: this is one of the worst games that could ever grace your PlayStation 3.

View Comments (546)
Back To Top
1.5
Abysmal
About GameSpot Reviews 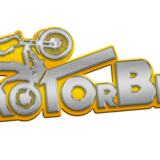 Shaun McInnis has a lot of enemies, but he would not wish Motorbike on any one of them. 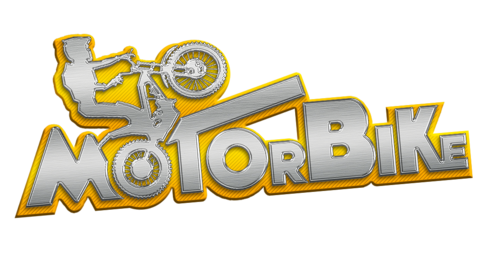