Mortal Kombat Trilogy on the Sega Saturn is a nearly identical port of last year's PlayStation version of the game.

It seemed like a good idea. Take all three and a half Mortal Kombat games and cram them into one. And at its heart, it was. In effect though, it ended up something else entirely.

Mortal Kombat Trilogy on the Sega Saturn is a nearly identical port of last year's PlayStation version of the game, for all the good and bad that entails. It includes 32 playable kombatants (plus the four MK/MKII alternates of Kano, Raiden, Kung Lao, and Jax), stages, fatalities (and all the other humiliating finishing moves), and a handful of new moves - all together providing quite a bit of value for the player, right? Well, there are a few problems along the way that keep everything from seeming quite so rosy.

Just like the PlayStation version of the game, the character balancing and computer AI are atrocious. Fighters such as Noob Saibot and Jade are incredibly overpowered, with moves that run from rendering projectiles ineffective to making characters momentarily powerless. Meanwhile, the AI often simply works in clockwork response to your own actions. For example, try a special move and certain opponents will dodge it and execute an attack before you can block. This would be less obnoxious if they didn't do it the same way every single time, making it entirely frustrating and totally unlike playing a real human being.

When it comes down to it though, I consider this the best version of MKT out there, as it does have a certain amount of value in letting you play all your favorite MK characters against each other. My preference for the Sega controller for fighting games makes me like it slightly more than the PlayStation version, which in turn was worlds better than the atrocious Nintendo 64 revision. Unfortunately, there are a few things that could've been added to make it clearly better, such as character balancing and AI tweaks, and to a lesser extent, endings, vs. screens, and full animations for all the boss characters. After a year of waiting, it's pretty sad that they're not all present. Having a cartridge add-on for the game could've helped make the animations really incredible, though at least it's understandable that the developers didn't go that route.

In the end, Mortal Kombat Trilogy really symbolizes how out of hand the whole MK series has gotten with the "-alities" and all. Sure it was a great idea to include features people had rumored about on the Internet, but face it, Animalities suck. And Brutalities, even more so. It's the worst kind of punishment to get a demonstration of all of them after winning the game. Luckily, Ed Boon and John Tobias seem to have realized this, and have gone back to basics with Mortal Kombat 4, having only fatalities. Thank God. 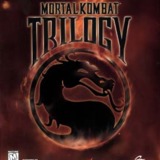 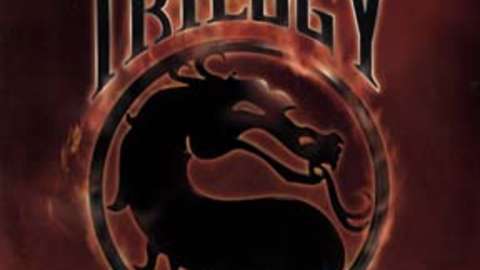