Moon Review – The Bright Side

Imagine if you somehow found yourself as an NPC in the world of your favorite classic RPG adventure. Not as a monster-slayer, item-maker, or advice-giver, mind you... just as an average Joe Schmoe who's trying to live their life as the chosen hero goes off to fight the forces of evil. Now, imagine if, upon materializing in this world, you learned that the story the game told you wasn't entirely accurate to that world's reality--and that the "hero" was a bumbling psychopath who can't carry a two-sided conversation, raids townspeople's drawers and cabinets looking for loot, and cuts down any animal he comes across in a crazed craving for EXP. What would your life in this world be like? Could you do anything to help make the world better?

This is the idea behind Moon, an "anti-RPG" originally released in Japan on the PlayStation in 1997 that has garnered much acclaim since. Though it was only available in Japanese for quite some time, Moon's cult-classic status among gamers and developers has given it a powerful reputation, bolstered by Toby Fox of Undertale fame citing it as one of that game's influences. With an English version finally available after almost a quarter-century, does Moon live up to the expectations? Yes, indeed--though its age certainly shows in many places.

Moon begins with a youngster playing an RPG called Moon World, which looks like a standard 16- or 32-bit JRPG. A chosen hero is going on an epic journey to recover the light of the moon from a wicked dragon, collecting gear, gaining levels, and slaying monsters while earning the adoration of the townsfolk. As the child's mother tells them to turn off the console and go to bed, the youth suddenly finds themselves in the actual Moon World, which looks quite different from the game they were playing. A mysterious being appears and tells you that the only way to exist within the world is to find and collect love from its populace. And thus, your journey of discovering ways to appreciate the world and do random acts of kindness begins.

While it's based on subverting many of the tropes we see in role-playing games, Moon plays out more similarly to a point-and-click adventure game. You explore environments, talk with people, collect and buy items, and solve puzzles in order to progress. Much of the puzzle-solving comes in the form of helping out the people you meet in various ways, along with rescuing the lost souls of various animals the hero has cut down in his EXP-fueled rampage. By doing this, you can collect love and increase your love level. This stands as a stark contrast to traditional advancement and leveling-up mechanics in games, which typically reward destruction and violence in the name of "doing good." It also gives you a deeper connection to this little world, as you feel like a steward rather than an enforcer of arbitrary good-versus-evil ideology.

Having a high love level is important, because you need love in order to simply exist in Moon's world. Time passes in this world in both a day-night and weekly cycle, with specific events happening at certain times and on certain days. However, as time passes, your love energy drains--expend it all, and it's game over. You can recover love energy through sleeping (which also saves the game), and raising your love level increases the maximum amount of time you can be up and about before having to retreat to bed for recovery. At the beginning of Moon, you'll barely last a full game day. These early parts of the game, where you can only act for a very short amount of time, can be very trying to get through--eating food can help you stay alive longer, but only for a bit. But by the end, you should have enough love energy to keep going for days on end.

With a higher love level, you'll be able to see more of the surreal and beautiful landscapes of Moon. There's an intriguingly bizarre mishmash of hand-drawn sprite graphics, re-rendered CG, and even digitized clay models to truly convey the strange otherworldliness of this plane. It's often jarring to see these contrasting art styles placed against each other, but in this world of living rocks, twisted haunted houses, trippy mushroom forests, and robot-powered metropolises, it all begins to make sense. The resolution in the Switch version of Moon hasn't been improved over the original, but this isn't as much of a downside as it might sound--if anything, the blurry, low-res look actually helps the game's dreamlike quality.

As you play through Moon and get to know its characters and locations, you'll start to pick up on little things--quirks that make the people and creatures living in this world charming and unique. The King loves feeding birds every morning. One of the guards seems to be a huge fan of this world's equivalent of Freddie Mercury, and his comrade goes out every few nights to get totally sloshed. There's a music snob living in a cave who's always trying to perfect his guitar licks when nobody's around. A caricature of a stereotypical suburban American family lives next to a grumpy man living in a Japanese-style home. Some of these people offer obvious quests to complete, but by more carefully following their daily lives, you'll be treated to some fun, often humorous, and sometimes very personal interactions that reward you with a great deal of love--like playing with and training old Gramby's pet dog while she's ill, walking in on someone doing something in secret, or helping inspire another character in their creative passion. This is part of what makes Moon such a special experience; getting to know and appreciate these characters that would be one-note NPCs in other games on a much deeper level makes you feel far more attached to this odd little world.

Moon isn't without its issues, however, many of which are related to its interface and lack of modern conveniences. Pixel-hunting for the exact spots to interact and use items is a bit of a pain, as is navigating the menus in which you use and store items. Fast travel is extremely limited, and there's no way to advance time quickly short of sleeping, which can make being in the right place at the right time very difficult and tedious. Finally, there are several puzzles and events--some essential to finishing the game--that have a degree of randomness and trial-and-error to them (including a few sound-driven puzzles that will be nigh-impossible for the hearing-impaired). Because of this randomness, some rather obtuse puzzle solutions, and the frequent need to wait and pass time, Moon is absolutely not a game for those with a lack of patience.

With a bit of good old determination, however, Moon's flaws and frustrations are easily overcome. Despite being almost 25 years old, Moon remains a thoughtful, beautiful experience that has a lot to say about the static nature of video games, how the way stories are presented affects our perceptions of reality, the rewarding nature of kindness and stewardship, and how simply being a part of the world makes us important and valuable. I don't think I'll forget my experience in Moon World anytime soon, and should you embark on this journey and see it through to its conclusion, I doubt you will, either. 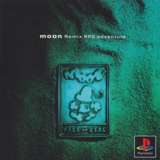 A strange, fan-beloved Japanese game chock-full of meta-commentary on the nature of games, storytelling, and human existence? This had Heidi's name written all over it. She doesn't know how much time she spent in Moon--she got stuck on occasion--but it took her a little over a week to finish. 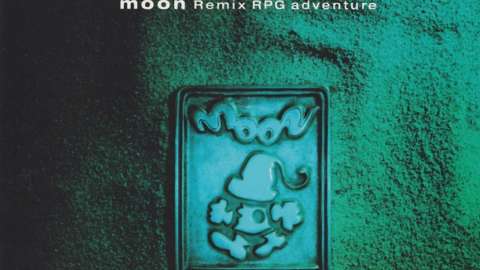