Battle Card Episode II re-creates a very playable, if visually unexciting, card game that those weaned on the cartoon and namesake breeding titles may find time to enjoy.

The Monster Rancher series started up on the PlayStation back in 1997, and it has since grown into multiple sequels as well as a cartoon. The hook for the game is that magical monsters can be unlocked from everyday music and game CDs, which the game terms mystery discs. Essentially, the game samples a bit of data from any CD you enter and uses that digital data to create various monsters. In the Monster Rancher world, children who aren't quite old or experienced enough to ranch their own monsters and train them to fight are instead trained in the game of battle cards. The competition can get pretty fierce, as players are encouraged, or rather, forced, to wager valuable cards on the outcomes of their matches.

The storyline sends you, as friend to fellow card player Cue, on a quest to recover her complete set of Monster Rancher cards, which has mysteriously vanished. In order to complete the set, you will have to win in several tournaments and personal competitions. Like in the games before it, Monster Rancher Battle Card: Episode II's years are split up into months of four weeks apiece, with a new competition or action taking place every week. Some weeks you can challenge an opponent, while others you will choose to spend in the laboratory making cards of your own. Tecmo's franchise calling card, the ability to create game elements using data gleaned from the everyday music and game CDs you already own, is present and accounted for. While any CD can be used to create cards, CDs from artists like Dido, *NSYNC, and Britney Spears, as well as other Tecmo game CDs, can be used to generate rare monster cards and techniques. Even more obscure CDs--like The Smiths' most recent album, Singles--result in a special card, offering a small insight into either the listening tastes of the developers or the odd happenstances of random number theory.

The mechanics of the Monster Rancher Battle Card system are relatively simple. Using a deck of 50 cards to accompany your three chosen monsters, you and an opponent take turns drawing five-card hands and discarding cards in order to generate points called GUTS, which power other cards. Discarding your entire hand will generate five GUTS, but it will leave you defenseless. Monster Rancher Battle Card: Episode II includes a complete roster of Monster Rancher favorites, and each monster has its own set of techniques. Like the Magic the Gathering and Pokémon collectible card games, creating a balanced team, a fast team, a powerhouse team, or a gimmick team are all viable strategies. The AI's harder difficulties will be happy to show you some rather interesting deck types. For example, one of the opponents you will face at the battle card tournaments will employ a stalling strategy, in which her monsters will sit back and block, generating little or no GUTS, forcing you to waste GUTS trying to overcome her inexpensive defenses and regenerative capabilities. The game is not as complex as some of the more mainstream collectible card games, and it's not entirely novel enough to convert fans of the Pokémon card games.

Graphically, Monster Rancher Battle Card: Episode II has its opposing good and bad points. The character designs for the NPCs encountered and the monsters you can train are endearing, and the artwork on the cards is simple, amusing, and pleasing to the eye. The familiar NPCs and monsters will immediately attract fans of the cartoon. On the other hand, the still animation following each attack and corresponding defense is horribly boring and repetitive. Luckily, an option exists to turn off the animations, returning the game to its bare-bones card game mode.

The music that cycles during card battles can get horribly repetitive at times, as endearing and innocently festive as it may be. The sounds of cards flipping back and forth exist, as do the appropriate cutscene combat sound effects, although none are special in any way. To accompany the rapidly repeating ditty, opponents feel the urge to taunt, tease, discuss tactics, and basically blather on about nonsense during matches, before and after every move is made. Bypassing this filler chat is necessary for any kind of pace to be established, and thankfully an option exists to toggle in-game talking on or off.

When you've completed your lengthy journey and own the set of cards, play can continue in the multiplayer battle mode, a nice complement to the often-tedious single-player story mode. Only the difficult setting holds any reasonable challenge for players at all familiar with the mechanics of modern collectible-card games, but even when you're dominating them, matches drag on entirely too long and take place too often. Battle Card Episode II does, however, re-create a very playable, if visually unexciting, card game that those weaned on the cartoon and namesake breeding titles may find time to enjoy. 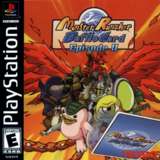 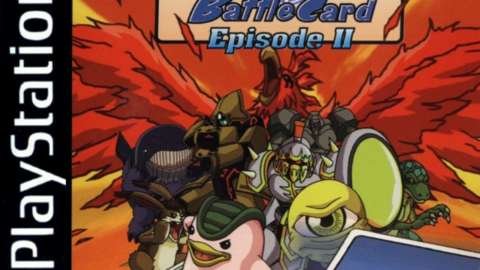 Battle Card Episode II re-creates a very playable, if visually unexciting, card game that those weaned on the cartoon and namesake breeding titles may find time to enjoy.