Previous games in the Monster Rancher series may have been grander in size or graphical splendor, but Monster Rancher Advance may be the greatest entry yet for a number of reasons.

The Monster Rancher series originally debuted on the Sony PlayStation, a year before the Pokémon craze truly caught on in the United States. The premise was an intriguing one--breed, train, and battle with monsters that you unlock by tapping into the hidden information found in your everyday music and game CDs. Endearing (and highly marketable) characters like Suezo, Mocchi, and Golem propelled the series into relative popularity among the rapidly growing "monster breeding" segment, prompting the release of a cartoon, a collectible card game, and an action figure series. At its heart, however, the Monster Rancher series has always been about thoroughly enjoyable games where players are compelled to hunt for obscure media in order to unlock powerful monsters and then develop a bond with their newfound digital companions. You might think that much of the charm of the series would be lost in the translation from Sony's disc-based systems to the cartridge format of the Game Boy Advance, but Tecmo has come up with an incredibly addicting formula in this compact version of Monster Rancher that, while not as robust as some of its predecessors, brings you a series of innovative changes in unison with all the elements that made the previous games so entertaining.

In Monster Rancher Advance, you play as a seasoned rancher on the Isle of Age, which is located in the world that has been home to the series since its inception. You are challenged to revitalize a dilapidated ranch belonging to your two new assistants, the brother and sister team of Zest and Aroma. To restore the Isle's ranch to glory, you'll need to raise a powerful monster and compete in a series of competitions, bringing in both cash and acclaim. Competing in official AGIMA tournaments will allow you to win increasingly larger monetary awards, which are necessary to purchase the food and items needed to properly raise monsters. To break up the routine of constant training and battling, frequent events will occur, including include stray monster attacks, cheesy love affairs, and a generous helping of sibling bickering.

Despite the somewhat entertaining story elements of the game, the focus is definitely on the training and battling of a multitude of unique monsters. While other games in the series used CDs or DVDs to unlock hidden monsters, Monster Rancher Advance derives its creature information from words and random combinations of upper- and lower-case letters, numbers, and symbols. At first you can start with four-digit alphanumeric combinations, like "Guns," which reveals a sub-breed of mocchi, and "Thug," which unveils a rose-hued golem named peachie, but as you progress through the game, larger combinations become available to you. The word "Monster" produces an feline nyamo, while "Ninja" generates a special creature--a black-clad chaser sub-breed with incredible statistics! Tecmo has seen fit to include many special monsters that are unveiled using both obscure and predictable keywords that may be found through trial and error or discovered on mysterious tablets within the game. This system of monster generation bestows upon players a veritably limitless potential for experimentation and removes the barriers that kept players without a sizable multimedia collection from tapping into all the hidden treasures of the previous games.

Raising monsters is simple enough in theory, but a lot of strategy is involved in raising a champion-class combatant. Every month, your monster is fed one of a variety of foods, which are rated for nutrition and taste, both relative to the current season and your monster's personal tastes. Keeping your monster's diet nutritious will allow it to perform well during training, while giving your monster food it enjoys will make it happier and more loyal--although spoiling your monster is also a consideration. Each monster is also rated in a series of categories, including power, accuracy, intelligence, speed, and life. These traits can be improved in a number of ways. AGIMA runs a training hall where a teacher will fight a mock battle with your monster, giving it a chance to earn both a sizable stat increase and knowledge of a new attack. Your monsters will gain experience after doing well in competition. Most often, however, your stats will be increased by training with available coaches, who themselves are specialized in one or two of the traits. Easier exercises will raise a single stat moderately, while tougher challenges will raise one stat greatly, raise another moderately, and reduce a third. To make matters more intriguing, the initial coaches provided by AGIMA are only ranked 400 out of 999 in their specialized trait, so your monsters won't receive the best training possible from them. Many players will find that in order to fully maximize their monster-raising capabilities, they'll need to raise monsters with the intent of turning them into coaches to replace the ones provided by AGIMA. Not all players will go this route, instead choosing to dive right into competitive play, but that's part of the beauty of Monster Rancher Advance--you get out of it as much as you put into it. There are plenty of rewards for diligent players who dedicate hours to developing their stable of monsters, while more casual gamers will be thoroughly enamored with the challenging combative elements.

Combat in the world of Monster Rancher is regularly held in gladiatorial arenas, and it hasn't changed much since the original PlayStation game. Monsters have access to power- and intelligence-based attacks, and they execute them through the expenditure of constantly replenishing points called guts. When two monsters square off, their guts begin at 50 and slowly rise toward the cap of 99. The more guts your monster has, the higher its chance of executing a successful attack or dodging its opponent's attacks. There are a number of different strategies that can be employed--you can save your guts for a single powerful attack or jab constantly at your opponent with weaker, more accurate blows. Each individual attack is ranked from E (worst) to S (best) for accuracy, damage, critical, and guts reduction. Further adding to the mix is the constant control over monster distance, which must be taken into consideration. Monsters can allocate different attacks to the near, mid, and far ranges, and staying at the proper distance is both an offensive and defensive struggle that plays out much like a game of tug-of-war. These battles are quite entertaining, and they often come down to a judge's decision by the slimmest of margins, as victories are based on the amount of damage dealt as a percentage of monster health. Best of all, monsters frozen at the studio in town can be used to compete with the greatest challenge of all: human opponents. Once all the accolades have been earned and all the championships have been won, you can still continue raising monsters for the sole purpose of taking on other players.

There are hundreds of different monsters to discover, not to mention a large assortment of special hidden varieties. Each monster is recorded in your book as it is discovered, as are the word used to unlock it and its individual statistics. It's really too bad that despite the wide variety available, not all the great monsters from the previous entries in the series made it to the handheld game. There are no hares, hengers, gels, or monols, and many of the subclasses of monsters that players have grown fond of fail to make an appearance. As a whole, the roster bears the most similarities to that of Monster Rancher 3 for the PlayStation 2. Also not available in Monster Rancher Advance are a number of the gameplay features that were part of previous editions, such as expeditions and obstacle-course-style training sessions. The training sessions themselves are relatively brief, and the animations get old real quick, but luckily you can skip immediately to the results.

Monster Rancher Advance can be quite challenging at times, especially since you don't have the save/reload function of the disc-based systems to rely upon. Some of the battles are particularly tough, as the AI can be quite brutal at times, and the odds are often enough stacked heavily against you. Some of the stats for monsters of your rank are quite ludicrously high, although these fights are all the more rewarding when won. The challenge level of the game can also be scaled as desired--players who want a more challenging game should use the original coaches and weaker initial monsters, while those having trouble should spend time developing masterful coaches and may want to use one of the powerful special monsters. Aside from running out of funds, there is no repercussion for training a monster poorly, and you can never "lose" in Monster Rancher Advance--you can only end up starting more or less from scratch. Tecmo has also seen fit to eliminate monster death, so while your monsters will grow old, eventually forced into coaching positions or retirement, they'll never quite kick the bucket. While it was particularly gut-wrenching to lose a beloved monster in previous versions of the game, players may be torn as to whether this is a positive or negative change.

Graphically, Monster Rancher Advance uses attractive sprites to represent the monsters, and they're drawn in a nicely detailed manner that may even trick some players into thinking they're polygonal in nature. There are numerous attractive still images used for the many backgrounds representing various locales and seasons, and they are capably drawn throughout. While training on the ranch, small sprites representing frogs and rabbits will mill about and smile. When one of the story sequences begins and the NPC heads begin facially gesticulating along with their text, the number of frames of animation is particularly impressive, easily rivaling the animation used in the PlayStation games. The monsters are attractive and stay true to their previous likenesses, but it's a shame that there aren't more appreciable visual and gameplay differences between the different monster sub-breeds.

The music down on the ranch seems to stay the same throughout the length of your stay, so despite its soothing melodies, the requisite long sessions of play inherently make them feel repetitive. The battle theme is fast-paced and enjoyable, nicely rousing you into both tension and excitement. On the sound front, the individual monster cries sound great and are suitably different from one another--allowing you to grow just a bit more attached to your current monster as it thanks you for a particularly delicious meal or stunning victory.

Previous games in the Monster Rancher series may have been grander in size or graphical splendor, but Monster Rancher Advance may be the greatest entry yet for a number of reasons. Gone are the despicable load times and the tedium of popping open a CD tray or console lid, swapping CDs, and waiting for monster information to load, only to swap again. The process of monster generation is now absolutely painless and far more interactive than simply making use of your CD collection. When you think of a particularly clever word and are rewarded with a new monster type or the all-important special monster, the feeling is quite rewarding. That Monster Rancher Advance is the first portable entry in the series, and thus most likely to inspire bouts of intense human competition, is the icing on the cake. Monster Rancher provides a thoroughly addicting experience unique to the Game Boy Advance that can be enjoyed by die-hard fans of the series and newcomers alike. 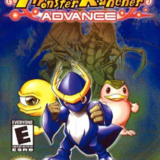 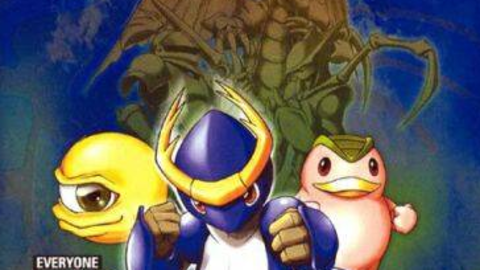 Previous games in the Monster Rancher series may have been grander in size or graphical splendor, but Monster Rancher Advance may be the greatest entry yet for a number of reasons.