Monster Rancher 4 will please fans of the series, but won't do much for players unfamiliar with the previous games.

Kissing cousins to the Pokémon series, Tecmo's Monster Rancher games have, over the years, managed to set themselves apart from Nintendo's pocket monsters with a greater focus on training and arena fighting and with a unique character creation system, which uses data read from a CD or DVD to determine what type of monster you get. Though Monster Rancher 3 made some pretty sweeping changes to the series' formula, Monster Rancher 4 ignores most of them and takes things back to basics. The resulting game is one that will please fans of Monster Rancher, but won't do much for players unfamiliar with the series.

You're automatically given a monster at the start of your game, in addition to a small ranch on which to raise your monster. Once you get up and running, you're able to create additional monsters, either by selecting one from an encyclopedia or by inserting a CD or DVD into your PlayStation 2. The latter method is one of the defining traits of the Monster Rancher games, and using specific CDs or DVDs can net you rare and powerful monsters, though you need to experiment some to find out what works and what doesn't.

Monster fights are a highly organized and regimented activity in the world of Monster Rancher 4--complete with scheduled tournaments and different classes. The only way to advance to a higher class is by winning tournaments, and to win tournaments, you need to train your monsters. Every monster has six different traits that affect how it performs in combat. These traits include power, accuracy, life, intelligence, speed, and defense. There are simple exercises your monsters can perform to increase these traits, but if you want to increase the effectiveness of these training sessions, you need to purchase some training gadgets, which can be purchased from a traveling vendor who comes to your ranch from time to time. The catch is, you initially won't have enough room on your ranch for more than a couple gadgets, so you carefully need to choose which gadgets to buy.

Once you've given your monster a modicum of training, you can enter it into a tournament and have it fight against other monsters. The combat is real-time and bears slight resemblance to a 2D fighting game, though your monsters start off with only three different attacks, which can only be used at certain distances from your opponent. As your monster grows and matures, it earns additional attacks, many of which can be far more potent. You also have the option of simply letting the monster fight on its own, which sort of adds to the sensation that you're in the arena and cheering your monster on. You'll probably find yourself yelling at your TV, once in a while, if you choose the hands-off fighting approach. The combat isn't visceral enough that you're missing out on much if you go this route, however.

Along with the regular training-battle-training cycle that you get into, Monster Rancher offers a little diversion in the form of adventures. These adventures are basically dungeon-crawls, and you'll explore caves and such, looking for treasure and battling wild monsters. The adventure portion of Monster Rancher 4 is also the part of the game that most resembles an actual game, as much of the training and battling is menu-based. Despite seeming a bit passive and having a rather leisurely pace, there's something captivating about creating a monster from scratch, building up its abilities, and then praising it and feeding it its favorite food when it does well and scolding it when it fails. You'll grow attached to your monsters, and when one gets hurt while in battle or on an adventure, you'll feel a distinct loss while it's away at the hospital.

The visual style of Monster Rancher 4 follows the throwback-style of the gameplay by discarding the cel-shaded look of Monster Rancher 3 in favor of normally textured characters and environments. The game, in fact, appears to use a slightly beefed-up version of the engine that powered the Monster Rancher games for the PlayStation, and, as such, the visual fidelity isn't great. Your ranch, the arena, the caves and ruins you go adventuring in, and the temple where you create your monsters all feature simple geometry, pixelated textures, and noticeable aliasing. The monsters themselves are modeled and textured nicely, though much of the animation is shared by different monster types. The music, which essentially is the sound design for Monster Rancher 4, seems like it was pulled from a second-rate anime. It's not great, but it does mesh with the overall feel of the game. The game's other sounds, which are essentially limited to occasional grunts from your monsters, don't really bring much to the music-dominated sound design.

If you enjoyed the first two Monster Rancher games on the PlayStation but felt the changes made when the series transitioned to the PlayStation 2 were too jarring, you'll find Monster Rancher 4 to be a return to its classic form--so it should suit you nicely. The series is definitely starting to show its age, at this point, and only a fan could overlook some of the game's shortcomings. In the end, however, the formula still works. 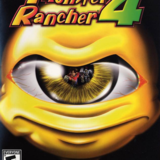 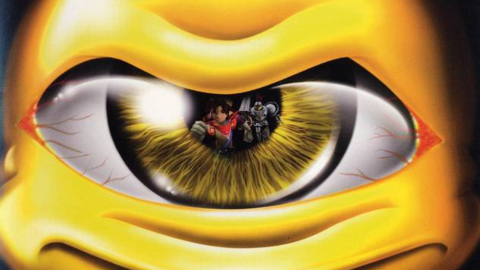 Monster Rancher 4 will please fans of the series, but won't do much for players unfamiliar with the previous games.