Offering a successful mix of old and new features, Monster Rancher 3 is a solid entry in the series.

Tecmo is bringing its Monster Rancher series over to the PlayStation 2 with the latest game in the series, Monster Rancher 3. The game expands on the main draw of its predecessors--which generated monsters for you to raise using virtually any game or music compact disc--by allowing DVDs to be used for monster creation. In addition, the game features a total graphical overhaul and a number of gameplay tweaks. Offering a successful mix of old and new features, Monster Rancher 3 is a solid entry in the series.

Monster Rancher veterans should feel right at home with MR3. While the gameplay has been tweaked slightly, the game is still accessible to even novice players. The game structure is simple. You'll go to the shrine area in the game and generate a monster using a disc or your encyclopedia. The monsters all sport a cel-shaded and highly detailed look that gives them a great deal of personality. The encyclopedia is a new feature in the game that allows you to track each monster type and variant on a series of pages. You'll be awarded new pages in your encyclopedia as you generate monsters using discs. If you've never encountered that type of monster before, an entry will be added to your book. The nice thing about the encyclopedia is that it allows you to generate monsters from those entries, which will save you the hassle of tracking down which CD or DVD gave you a particular monster. Once you have a monster, you'll take it to a training area. Unlike the previous games, MR3 doesn't provide you with a farm to settle down on and raise your monster. Instead, there are now five general areas, each offering a different environment and training options for your monster. There is initially only one open to you, but the others can be unlocked as you progress through the game. As you visit each area, you'll encounter other characters who'll become rivals that you'll have to interact with and occasionally fight, much like in the Pokémon games.

Caring for your monster is roughly the same as before, although there are many more variables. You'll have to feed it once a month like always, but this time out, onscreen meters let you know the item's nutritional value and how much your monster cares for it. You'll have to balance training your monster with making sure it gets rest to ensure successful development. You'll still have the option to participate in small tournaments for money and items, as well as the official tournaments, which raise your letter ranking--the ultimate being the S rank. The expeditions from the first two Monster Rancher games are gone, having been replaced by sequences called ventures that take place at the change of every season. The ventures find you actively controlling your monster as it explores its training area. You'll come across patches that can be examined to reveal items, gold, training sequences that increase one of your monster's skills, and leeches that drain your statistics. The venture sequences require you to purchase an item called ran ran. There are three types, each more expensive than the last. The most expensive type of ran ran gives you the most time to explore.

The items you find in the game present another variable that can affect your monster's development. In addition to the standard items that can be fed to your monster, you'll find items that can be given to it as a gift to increase its bond with you. Other items can be used as accessories that can affect its statistics when you equip your monster with them. When your monster succumbs to ravages of aging, usually at the ripe old age of four, it will drop like a fly. Fortunately, it leaves behind a "monster heart" that contains the essence of its attributes, which you can give to a monster and seriously increase its stats. It's a lot like the breeding feature in the previous two games, which is not present in MR3. Another "item" that can be put on a monster is a picture imported from a Sony digital camera via Sony's Picture Paradise technology and a USB memory stick reader. While importing a picture onto your monster doesn't have any drastic effects on the game, it is a cool thing.

Combat in the game is identical to that of the previous Monster Rancher games. You'll have the option to let your monster fight on its own or give it orders. If you choose to call the shots, you'll have limited control over your monster as it battles it out in the arena against an opponent. You'll be able to move it around the arena and trigger various attacks, depending on its proximity to its opponent and your available "guts." Your guts meter shows how many guts points you have, and different attacks cost different amounts of guts points. Managing when to attack and when to store points is crucial to victory.

Tucked in between the monster creation and battles is a story that fills in the back story of the Monster Rancher universe. Monster Rancher 3 tells a tale set 400 years before the events in Monster Rancher and Monster Rancher 2, and it follows your adventures as a first-time rancher. As before, you will have a companion who will assist you in the care and feeding of your monster. Your companion's interaction with certain characters and your rivals forms a rough narrative, although the story basically consists of events that are triggered as you progress.

In addition to the game's obviously robust single-player mode, it's possible to compete against a friend's monster by importing it from a memory card in the game's versus mode. You'll also be able to use your deceased minions as well, as their versus data can be saved after their death.

Monster Rancher 3 manages to expand on its predecessors without losing the core appeal of the series. A monster count that hovers in the 400 range will ensure you'll be going through every CD and DVD in the house to get a complete encyclopedia. The weakest part of the whole package would have to be the game's sound, which is somewhat repetitive and doesn't offer enough variation to match the large number of monsters. At any rate, Monster Rancher 3 is an extremely solid game that takes the series in a promising direction. 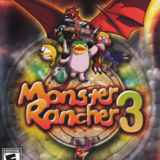 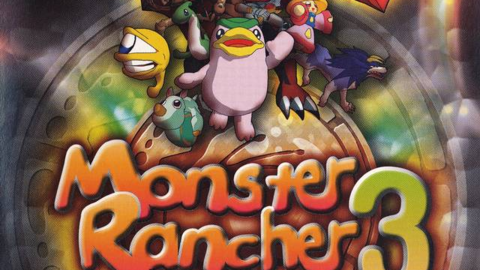 Offering a successful mix of old and new features, Monster Rancher 3 is a solid entry in the series.