Fans of the first game should feel at home with the sequel, while those new to monster ranching should be able to dive right in.

Like all passing trends, virtual pets have made their swift exit from the forefront of American pop culture and can now only be found at the bottom of bargain bins at overstocked toy stores. Amidst the Tamagotchi madness of 1997, a PlayStation game showed you that you didn't have to be a preteen to enjoy raising a virtual monster. With a deeply involved play style centered around simplistic controls, Monster Rancher was aimed at a slightly more mature audience than those of the pocket pets, and it easily gave you the best pet you could ever virtually own. And, even though virtual pets have been taken off key chains and stuffed into closets, Monster Rancher 2 shows you that, if done right, monster breeding has the staying power to be a lifelong passion.

The premise hasn't changed much from the first game. You stick any CD into your PlayStation, which reads a segment from the disc and then uses that data to generate your monster - a combination of two basic types. From there, it's your responsibility as a certified monster breeder to train your monster to fight. You control every aspect of his training - from simple drills designed to increase his six basic stats to errantry training designed to teach him new attack techniques. Once your monster is strong enough to handle himself in the ring, you can enter him into a competition to raise his status. Your ultimate goal is to raise your monster-breeding stats from an E level to the coveted S level. Once there, you can create all sorts of special monsters that you weren't cleared to create before. Along the way you'll run into interesting characters, explore ancient ruins for lost treasure, spar with your monster, expand your ranch, build shrines, hold funeral services for fallen monsters, and even receive fan mail.

There are tons of differences from the original. Instead of cutesy 2D animations, you now have fully 3D cutscenes that show exactly how your monster is training. On top of that, your monster now has two new choices when executing a drill - he can cheat or he can do better than usual, resulting in above-average stat increases. When you send your monster off to a training ground to learn new techniques, he'll actually run through a series of various tasks instead of just standing beneath a waterfall for a month. Raising a monster is now more complex. Your monster has morale, a nature, a defining fighting style, a specific weight, specific likes and dislikes, and stress. And, unlike in the original, the battle competitions are more balanced. In Monster Rancher 2, you don't necessarily have to beat every monster you come across to win a round-robin tournament.

Visually, the game looks very good. The monsters and the landscapes are well rendered in 3D, and the menu-based conversation and selections are nicely drawn sprites. Your monster will behave differently depending on how he's treated. He'll breathe heavily after a difficult battle or training, or look cheerful after a long rest. During battle, the monster animations are all creative, and they flow rather smoothly. No two types of monster have the exact same attack, and the celebration animations are simply adorable.You'll be able to tell what season you're currently in by the style of music playing. During the spring, an uplifting, jumpy track plays, while a cold, breezy instrumental reminds you when winter has arrived. Tense, suspenseful music flows over the battles, and celebration music blasts when you win. The sound effects themselves are all nice. You can hear the crunch of monster footsteps on fresh snow in winter, the thwack of bones snapping when you connect a powerful attack, and the whine of your monster when you reprimand him for cheating on a drill.

In Monster Rancher, you were a breeder for FIMBA, but in Monster Rancher 2 you're breeding monsters for FIMBA's main competitor, IMA. Because of this, you'll mostly be raising different monsters, as IMA has gotten its hands on different disc stones. However, every once in a while, IMA will challenge FIMBA to a team battle, and if you earn the right to compete for your class and win, FIMBA will grant you the right to raise four different FIMBA monsters. Once you do this a few times, you'll have a huge pool of monsters available to you.

Monster Rancher 2 does what every sequel should - it enhances and refines the basic formula of the original without taking away anything essential. Monster Rancher 2 delivers all the fun of the original game with enough extras to keep the gameplay fresh and the premise interesting. Fans of the first game should feel at home with the sequel, while those new to monster ranching should be able to dive right in. 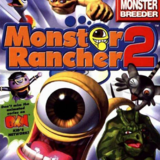