Rejoice, for Capcom has seen fit to release a new Monster Hunter game in the West. It doesn't always bother, see--that's why we've skipped straight to Monster Hunter 4 Ultimate without stopping to try Monster Hunter 4 first. You can hardly blame Capcom, though. Over here, the series has never enjoyed the same popularity as it has closer to home, and even among its fans it has a reputation for being difficult to get into, thanks to its frankly ludicrous array of deep combat and resource management systems.

Sure enough, Monster Hunter 4 Ultimate isn't without its challenges, but there's a fantastically compelling game at the heart of it all, if you can see past its steep learning curve. For those who don't know, the Monster Hunter games are action-RPGs, where you do battle against dozens of giant monsters, take their body parts, and use them to fashion new weapons and armour with which to do battle against more giant monsters--except it is much more complicated than it sounds, which is why it’s such a brilliant series is so brilliant, and also why so many people struggle with it.

Clearly, this is something Capcom's concerned with, too. Some of the previous games in the series threw you in at the deep end, but gave you separate, optional tutorials to play through, which was a little clumsy. Now the approach is more elegant; tutorials are extended and disguised as part of the main campaign. It's an approach that might irritate veterans (though they are given the option to skip some of the tutorial text early on), but it makes things far easier for newcomers.

That said, you still have to do some research outside of the game if you want to master its intricacies. Short tutorials for each of the game's 14 weapon types are present and correct, but a full tutorial for any one of them could run to the same length as this entire review. Each weapon type not only features its own array of attacks, but also its own unique mechanics, giving you numerous options in how you approach combat. The new Insect Glaive, for example, is a bladed staff paired with a giant insect that lives on your arm. You throw the insect at monsters in order to extract juice from them. The insect then feeds the juice into the staff to improve your abilities in various ways, depending on the type of extract. Then there's the Hunting Horn, a giant musical instrument that requires you to learn specific three-note sequences in order to provide your hunting party with status buffs.

Monsters are far from your typical video-game fodder. Each one is an incredibly intricate set of abilities, behaviours, and quirks that need to be observed and understood before you can reliably take them down.

It's well worth studying up on your weapons, though. Enter a fight unprepared and what could have been an exciting yet efficient hunt quickly turns into a multi-hour showdown, with a very high chance of failure at the end. These monsters are far from your typical video-game fodder. Each one is an incredibly intricate set of abilities, behaviours, and quirks that need to be observed and understood before you can reliably take them down.

With each deftly placed dodge, and with each eager swipe of your sword, you get a little wiser and a little closer to taking down the most imposing of beasts. These battles are Monster Hunter's bread and butter, and they remain as enthralling as ever. Sure, everything the monsters do is predictable once you learn to spot the various hints that give away their next move--and you might well face off against the same monsters dozens of times--but it's a testament to the game's depth that this rarely gets stale. Until you're deftly avoiding every single attack, there's still something to learn.

New players often complain that the combat feels stiff, and it's not hard to see why. Certain attacks lock your character in place while he swishes his sword around in thin-air, making it all too easy for an adversary to come at you from the side and take a third of your health off. It's a perfectly understandable frustration--every Monster Hunter player, from amateur to pro, will have been through the exact same thing at one point--but with some experience you begin to learn that the game simply wants you to take your movement and positioning seriously.

Every single button press has a real weight to it, because if you don’t know how your next attack will make you move, where it will make you stand, and how long it'll be before you can do something else, you're likely to get your face torn off. The moment-to-moment thought processes and constant split-second decisions you’re forced to make will be more familiar to anyone well versed in beat-'em-ups than your typical action-RPG, perhaps--and that's a wonderful thing indeed in a game that demands so much of your time in battle. That said, those who've previously struggled with this aspect of the series will find little to convert them here.

In addition to the two new weapon types, there are monsters you can mount in order to deal significant damage, or sometimes to break off rare parts. However, you can't actually jump, but instead must rely on using the terrain to position yourself above the monster and then hop down onto it from above. It's tricky to pull off--and certainly easier in multiplayer, where you can coordinate your aerial attack with your chums--but it’s satisfying as hell when it works. If you're having trouble, there's always the Insect Glaive's ability to pole-vault around at will. Expect to see plenty of people using that online.

That said, the mounting is a little disappointing when stacked up against the likes of Capcom stablemate Dragon's Dogma, which allowed you to grab an enemy from any given point and climb around on it, Shadow of the Colossus-style. Monster Hunter 4 Ultimate, on the other hand, simply triggers a cutscene where you land on the monster's back and then play a short minigame where you alternate between hacking it to death and holding on for dear life. It's fun, but Capcom can clearly do better.

There's been some noise about Monster Hunter 4 Ultimate being released alongside the New 3DS, because it features sharper textures, faster loading times and, of course, proper camera control with the C-stick on the new handheld. But if you're on a crusty old regular 3DS and don't feel like upgrading, I wouldn't worry--the game looks, runs, and plays well without any of these benefits. Even the camera control is less of an issue than it was in the past, thanks to the complete removal of Monster Hunter 3 Ultimate's frustrating underwater combat. The standard lock-on camera is much more sufficient now that you don’t have do any scuba-diving, and the old 'claw hand' technique that many players adopted to play the game on PSP and 3DS mostly isn't necessary here.

An interesting addition is Expedition mode, a superb feature for players who feel a bit directionless and just want to get into a ruck with some prehistoric beasts. Upon starting an expedition, you're left to explore a randomly picked series of pre-built areas, populated with random monsters that you've met elsewhere. You don't have to kill them, but acquiring the proof that you've tussled with one of them (by cutting off its tail, for example) and bringing it to the end of the expedition yields rewards. It's a really neat idea if you just fancy throwing yourself into a fight without the preparation that a typical hunt entails.

The campaign itself is structured slightly differently from previous entries in the series. Rather than being one village's designated hunter, instead you travel around with a caravan, solving the problems of the various towns you find yourself in. This gives the game a very welcome boost in pace compared with previous entries in the series. Another nice touch is that you now get quests by actually having conversations with people, rather than simply by picking them from a list, which gives the game's brilliantly localised and genuinely funny dialogue more chance to shine.

Those quests aren't all terrifying battles with giant monsters, either. As a way of maintaining your supply of items, you spend a fair amount of time going on harvest tours--wandering around hunting grounds, picking flowers, or going fishing. Every consumable item, from healing items to poo-bombs that you throw at monsters to make them go away (not a joke), is made from stuff you can find lying around in the world. Sometimes it's really nice to hunt a few defenceless herbivores, take their meaty flanks to the nearest scenic cliff, whip out a barbecue, and cook up a few stamina-replenishing steaks like some kind of genuine sociopath.

That said, it's likely you'll spend most of your time playing online, this time without first having to link your 3DS to a Wii U. As great as the single-player experience is, taking your skills and knowledge and using them when you’re part of a team is something else entirely. Progression through the multiplayer missions runs entirely separately from the single-player campaign, despite following a similar tier system where later missions are closed off until a certain number of earlier ones are cleared, and you use the same character throughout. However, the difficulty of multiplayer missions scales considerably to take extra players into account. Just because you've taken down a Great Jaggi in single-player without breaking a sweat doesn't mean you can slack off when hunting one as a team.

Previous entries in the series also did this, but scaled the difficulty up for a full team of four at all times, making it incredibly difficult to hunt with just one or two friends. MH4 Ultimate, on the other hand, seems to scale depending on the number of players in the group. I've spent a good few evenings hunting with just one other player, and the difficulty level was spot-on. Finding your friends is also a breeze, because the game seamlessly hooks into your 3DS friends list and allows you to instantly join any of your contacts who are currently playing online. The drama of a good hunt is definitely best shared with friends, and hearing everyone roar in unison upon taking down a particularly ferocious beast is one of the finest experiences videogames have to offer. Unfortunately, to hear those roars you have to use a third-party service like Skype, due to the curious omission of voice chat.

Monster Hunter 4 Ultimate manages to expand upon the things that people love about the series, while simultaneously making concessions to those getting involved for the first time. It's an absolutely astonishing time-sink, but it rarely feels like a grind; when the game gets its hooks into you, you can expect to find yourself engrossed for at least 80 hours. Those who become truly invested can expect to find their in-game clock running into the hundreds of hours. Sure, Monster Hunter 4 Ultimate isn't without some of the series' time-honoured idiosyncrasies, but it's the most streamlined and accessible game yet, and one that's hard not to truly obsess over.

View Comments (324)
Back To Top
9
Superb
About GameSpot Reviews

Sean Bell has spent in excess of 500 hours playing the Monster Hunter series, and once nearly lost his mind hunting the same monster over 30 times in one afternoon. 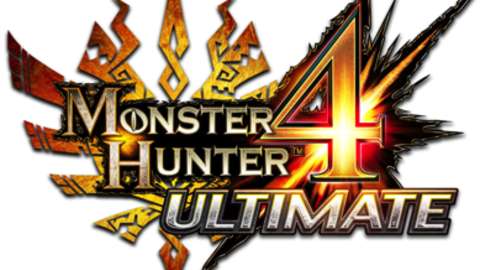