A lick of HD paint, a more robust online component, and a bunch of new content make Monster Hunter 3 Ultimate the best hunt yet.

Gathering mushrooms. Mining ore. Fishing. Slaying giant dragons made of rock. Whether or not this sounds familiar depends heavily on your experience with the Monster Hunter series thus far. Monster Hunter 3 Ultimate is an HD port of 2010's excellent Monster Hunter Tri, which refines that game's structure, and adds a bunch of new content and a far more robust online component. Thwacking huge beasts with a greatsword or picking them off from afar with a bow has never been so entertaining, satisfying, and, thankfully, accessible. Throw in a stream of free downloadable content, and Ultimate is indeed the ultimate Monster Hunter experience.

A wyvern patrols, wonderfully animated, tossing its head back and forth as it snaps lazily at a nearby herd of grazing aptanoth. You sneak up, weapon sheathed, waiting for the right time to strike. Suddenly, the hulking beast turns. It notices you. Quickly, you draw your blade as the beast charges. You roll, but not quickly enough. A blow catches you, sending you flying to one side as your sidekick, Cha-Cha, screams in alarm. Quick as a flash, you spring to your feet, up and into the fray, taking a swing that connects satisfyingly with the creature's head. It roars, stamps its feet, and charges again.

These encounters, these epic battles of man vs. mythical beast, are the centerpiece of Monster Hunter. Nearly three years on, and the monsters of this imaginary world are no less intimidating and no less menacing when threatened. Sure, you still start off being sent out against herbivores, or to gather mushrooms and resources, but as soon as you get into the fray proper, things really kick off. The new lick of paint thanks to the HD upgrade pays off too; the game's not quite up there with current-gen visuals, but it's crisp and sharp, and the monsters look superb.

One of the most welcome things about this Wii U outing is the improvement in accessibility. You can use the pro controller (or the Wii's classic controller), but the GamePad really shines here; the screen offers additional buttons and functions, all of which can be customized. If you want the map on the GamePad instead of onscreen, it can be done. Targeting, camera controls, item management, and certain attack controls can all be mapped to the touch-screen interface and moved about to suit you. This interface is never intrusive, or mandatory, but it's a subtle and welcome use of the hardware.

It's not long before you begin farming Royal Ludroths or Lagombis to build or improve weapons and armor, and this collect-'em-all aspect of Monster Hunter remains as addictive as it has always been. There's more on offer than in Tri, with a bunch of new monsters added, as well as loads of new quests, thus leading to new weapons and armor as well. And for a game so focused on grinding and fighting the same creatures over and over again, it does a remarkable job of keeping things fresh. Battles rarely play out the same, whether you're tackling a variety of different beasts or simply taking on the same one repeatedly. Each beast has its own strengths, weaknesses, and special characteristics, and even if you've fought the same monster multiple times, it's still capable of surprising you by varying its attack patterns and catching you unawares.

The vast scope of weapon types and armor provides plenty of content, as well. Mastering one single weapon feels like a game in itself, and the difference between using, say, greatswords or dual blades results in a huge variety in how you approach combat. The larger melee weapons require careful planning; they're heavy, slower to attack, and require you to keep a close eye on your opponent and look for an opening. Faster weapons let you rush in, chipping away at a beast, but doing less damage. It's all about finding a weapon type that suits your style of play, and eventually mastering each one so that you have the skills best suited to each monster. And of course, as well as a number of melee weapons, there's a bunch of different ranged weapons to master as well.

Taking down a giant poisonous leech with a hammer is very different from attacking it with a bowgun. This gives you more patterns to learn, approaches to take, and things to consider. The lengthy animations when you use healing items are still present, but they add an excellent element of tension, and the more-fluid camera and more-versatile controls thanks to the touch screen make the game more manageable than its Wii predecessor.

Perhaps the most welcome aspect of Monster Hunter 3 Ultimate is the overhaul of its online systems. Joining a game is a simple affair: you head to the online port, join one of the lobbies, and pick a room or set up your own. From here, you can quest with friends or strangers, and the new text input interface, as well as voice chat using the GamePad, makes communication a lot easier. There's still the ability to shout stock phrases via text, and you can also customize and save your own for use in the heat of battle.

The online quests (which can also be played locally) are a diverse affair. Some take the form of quests from the main game; others exist as arena-based challenges, granting you specific equipment and armor. Some of them require you to take on multiple great beasts at once, and rising up the hunter ranks allows you to hunt increasingly more difficult quarry. There are plenty of downloadable quests too, available at no cost, with a large number already available in time for launch, so this portion of Monster Hunter should keep you busy for a long time to come.

Taking on these challenges with other people, tailoring your roles to best suit the monster you're after, and making use of the game's multiple approaches are where Monster Hunter really shines. A greatsword expert can take slow, methodical strikes from behind while a lancer goads the monster, stabbing at its head to get its attention. Another player lays a trap, then retreats to a safe distance, peppering the creature with arrows. With good planning and some skilful play, Monster Hunter becomes more than just a struggle to survive but a methodical, well-planned series of hunts, rich in strategies and variety thanks to the numerous weapons, approaches and monster variants on offer.

One slightly annoying issue, however, is the onscreen non-player character dialogue text, which is tiny and boxed into one corner of the screen. At times, it's barely readable. It's a frustrating accessibility issue, one that's particularly baffling considering how customizable other aspects are. The game's presentation is largely excellent, however, with the rest of the interface clear, concise, and easy to manage.

Monster Hunter 3 Ultimate isn't an entirely new game. Players who sank hundreds of hours into Tri are going to find the majority of the content familiar, but given the nature of Monster Hunter, this isn't necessarily a problem. You make progress fast, so tackling the same beasts you've already fought in the same locations a few years ago isn't really a deterrent, and the extra quests, maps, collectibles and better online functionality more than compensate for any familiar moments. It's easily the best Monster Hunter game so far, and while it would be nice to see a console sequel with more up-to-date visuals and all-new locations, Ultimate is an great entry into the Wii U catalog. 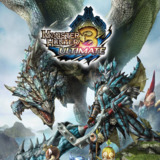 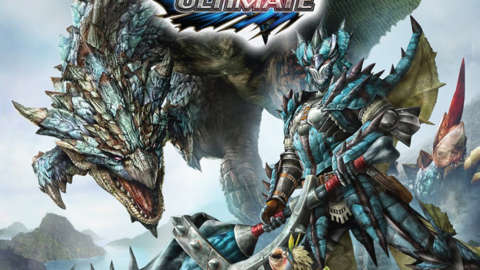 Monster Hunter 3 Ultimate utilises the functionalities of the Wii U console and Nintendo 3DS system to provide players with a truly intuitive hunting experience.