How many times have you sat with your family after Thanksgiving dinner, digesting turkey over your hotels on Boardwalk and Park Place, thinking, "If only there were a PlayStation version of Monopoly, I could play by myself and at the end of the four hours, the AI wouldn't be nearly as drunk as Uncle Jim?" Okay, unless you're a true Monopoly fanatic (if there is such a thing), probably never. Nonetheless, Hasbro Interactive has ported the ancient game of ruthless real-estate wheeling-and-dealing from the board game world to the PlayStation. The result is successful as a novelty, though it poses little threat to bankrupt the board-game industry.

Anyone not already familiar with the original Parker Brothers game will probably not bother with the PlayStation version. Nonetheless, the gist of the game is as follows: roll the dice and circle the board, buying or trading properties, building houses and hotels, and charging rent when your opponents land on them, in an attempt to bankrupt them. The more expensive a property is to buy and to build on, the more rent you can charge (or be charged) for landing on it. Oddly, players are also trying to stay out of jail (for crimes unknown). Once there, they attempt to get out without paying their bail. It works just the same on the PlayStation.

Remember handling all those little, plastic roman numerals in Risk? As with so many classic board games, much of the pleasure in playing Monopoly is derived from the nostalgic familiarity of the game's physical components. Designers Gremlin Interactive imbued the PlayStation version with near-perfect simulations of those elements. From the look of the board itself; to the thimbles, top hats, and statues used as pieces; to the deeds' precise color and typeface, the utmost care has been taken to preserve the game's familiar image.

Unfortunately, the designers have omitted much critical information from the player's immediate view. For instance, you see neither your nor your opponents' properties unless you enter a special Trading Screen. As a result, you never know which numbers you must roll to avoid landing on enemy turf. In any game involving dice, half the fun is in trying to will the dice to land on the numbers you want, and the lack of an immediate visual reference puts a real crimp in any such telekinesis. It also severely reduces the potential for gloating over one's affluence, as the extremes of pride and avarice that make Monopoly worth playing are sadly exiled to the Trading Screen.

Many important dealings go on in the game without adequate mention, let alone the fanfare they really deserve. When houses go up, they just appear onscreen. When AI players are low on cash and forced to sell back houses or mortgage properties, all that appears onscreen is the anticlimactic message "AI Player has raised cash." For such a crushing blow, this is hardly the kind of squirming required for true robber-baron-style fun. You can't even tell which properties are mortgaged as you move across the board - a critical piece of information since mortgaged properties are "safe," that is, if you land on them, you aren't required to pay rent to the owner. That oversight, combined with no visual evidence of who owns which properties in the first place, removes any real sense of peril from the act of taking your turn. In the original version, by the end of the game, the board felt like a mine field of potential financial ruin.

The Gremlin Interactive designers managed to make the PlayStation version look and feel just like the original Monopoly. They even threw in some cute computer animations of thimbles and statues driving around the board. Had they managed to readily supply you with all the pertinent game information onscreen, the PlayStation version may have been more than a novelty item with little replay value. 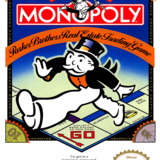 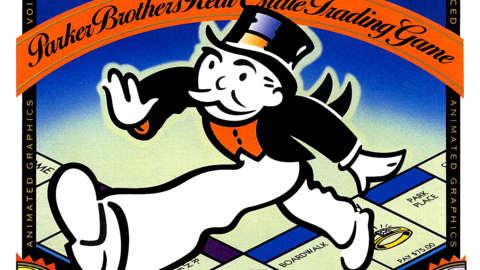