Stuck in the dark.

The term "corporate overlord" is usually used in jest. We recognize how much power these inhuman entities have over us, but we've yet to reach the point where our waking hours are dictated by their whims. In Monochroma, we see a vision of a city in which this term has reached its terrifying potential. The fear of losing your freedom is palpable, communicated through the emptiness of the cityscape, the bleakness of the visual design, and the unceasing rain washing away any semblance of hope. It's unfortunate, then, that the plight of one boy striving to break free of this citywide prison--filled with puzzling barriers--is overshadowed by something as mundane as technical failings. Monochroma conjures frustration instead of empathy, undermining the intriguing premise set in the early going.

There are no words in Monochroma, no dialogue to explain what has happened to your home. Rather, the story is told through 2D imagery, so questions are left dangling in the air, and you must decide what caused such unrest. During the early hours, I scoured the backdrop looking for pieces to explain what had happened. There are robots stationed in people's homes. Though originally intended as consumer companions, they may have risen in revolt as robots so often do. But I found no such violence when I encountered one. So I could only wonder why the people had left, or if they had been killed by the corporation performing experiments in their factories. Who knows the answer? As the game progressed, my interest waned as supernatural elements were introduced. What was once a gripping allegory of our own society became a fantastical leap to something I couldn't relate to.

Monochroma's emotional weight should come from the relationship between the young protagonist and his helpless brother. You must carry your sibling on your back, braving the many obstacles that stand before you both as you search for freedom. Normally, such a partnership would have captured my heart, as evidenced by Brothers: A Tale of Two Sons. But there's a logical problem here that only caused me to question what was going on. In the very beginning, you see your younger brother flying a kite, running freely through wheat fields. However, he ceases to use his legs after the first few minutes, which just made me wonder why he had become such a useless lug. Having to carry him adds to the puzzle dynamic, because your movement is restricted by his weight, and you can only put him down in spotlights, but that added consideration feels forced. Why couldn't he help me?

Monochroma conjures frustration instead of empathy, undermining the intriguing premise set in the early going.

I wasn't bothered by my brother's ineptitude at first. Nor was I hung up on the clumsy controls. Sure, climbing up boxes took longer than I expected, and I often had to retry jumps because my character wouldn't respond quickly enough, but I was so taken in by the enticing premise and stark visual design that such issues seemed minor. I even marveled at how clever certain situations were. Though I could only push boxes, pull switches, and perform a modest leap, the puzzles offered plenty of diversity, forcing me to take time to formulate a plan. Figuring out that I could quench the flame erupting from a barrel by pushing it into the rain gave me a satisfying "Eureka!" moment, as did clearing a difficult jump by catching a rope midswing. This was a world I wanted to exist in, and the action was good enough to warrant that investment.

Things began to change as I got deeper into the adventure. The controls became such a hindrance that I would be stuck on puzzles long after I knew what to do, only because I couldn't get my character to respond. In one section, I had to push a box before the rising water swallowed me alive. The box had to be in an exact place or my character wouldn't be able to grab it, yet the finicky controls didn't allow for such precision. While the two boys were riding atop the box as the water rose, the box would shift awkwardly, defying expected physics, often tossing them into the deep without giving me a chance to react. In a maddening boss sequence, the collision detection was so off that I would die when his strike was far from my body. And the sluggish movement meant I couldn't accurately dodge his attacks even when they were blatantly telegraphed.

Even when you do coax your character to perform his rightful duties, Monochroma is never satisfying. Instead, you feel relief that you were allowed to move onward, knowing how tricky it would be to replicate your success. But shoddy controls aren't Monochroma's only issue. The game struggles to properly communicate what's going on. In one puzzle, I had to move a flaming barrel through a rain storm. It appeared that I had to use pallets moving along a conveyor belt as a roof, but I could clearly see rain falling across the entire screen--even beneath that shelter--so I had no idea if my plan was at fault or if it was my execution that was lacking.

And then there are the small problems that ensure you're continually hounded throughout the journey. Monochroma has abrupt loading screens between sections that break the flow of the action, and has sound issues where music fails to play. Knowing how far you can safely fall is a crapshoot; I would often perish even when I plummeted only a modest distance. When you die, your character falls stiffly to the ground, in an almost comedic pratfall. Death is even sillier when it involves your brother. In one puzzle, I mistakenly dropped a barge on his head a dozen or so times, and there was no impact, no ceremony, so I never felt any sadness at what I had done. There were so many times that I groaned from annoyance or laughed from amusement that I couldn't stay invested in the boy's struggles. It's a shame how often Monochroma undermines its own strengths through technical problems.

Monochroma is a game that I wanted to enjoy, and I thought it would be worthwhile even halfway through the adventure. But things really go off the rails as you push onward, with most of the later puzzles demanding precision that's just not possible. Even though the artistic design is eye-catching, and the music deftly builds on the feeling of oppression, there are too many problems heaping frustration upon you. The youthful protagonist of Monochroma is incredibly brave and filled with awe-inspiring love and patience, but all of those good characteristics are overshadowed by his insane clumsiness and the problematic world he exists in.

View Comments (39)
Back To Top
4
Poor
About GameSpot Reviews 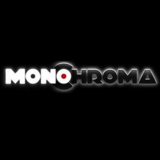 Tom adores puzzle platformers, and was intrigued by Monochroma after playing it at the Game Developers Conference. But he struggled to finish Monochroma even though it's only five hours long because of its many unavoidable problems. 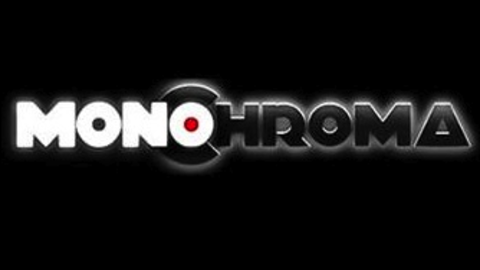 Monochroma is a cinematic puzzle platformed that takes place in an industrial-alchemic setting.