A worthwhile investment for any hard-core racing-sim fan.

Few born in the digital age know the feeling of watching the transition between black-and-white TV to color. One thing's for certain though: That jump in visual quality must have shocked those who witnessed that transition in the 1950s and '60s. For anyone who's seen Monaco Grand Prix on the PlayStation or Nintendo 64, expect that same kind of shock with the Dreamcast version. The solid gameplay already established on earlier platforms remains intact - but thanks to added bells and whistles, plus plenty of graphical horsepower, this version kicks its visual spice up a couple of notches. The result: a strong title that'll whet any Formula 1 fan's appetite.

The Dreamcast version preserves many features found in earlier versions: 17 true-to-scale F-1 tracks, full-season arcade and simulation modes, and editable team/player names. However, the game offers added extras, the most notable being a retro mode that lets you get behind the wheel of an old-school open wheeler and race an 18th track. Although more a minigame than anything else, it's a unique and welcome addition that apparently hasn't been tried until now. Plus, the different handling these old cars require opens up a whole new challenge for you, and this adds to the game's value.

With launch titles, especially, it's easy to get entranced with the graphical hype and to treat games such as this one as though they were treasures from heaven. With that said, it's hard to stop jaws from dropping anyway when it comes to this title's high-speed graphics. They're sharp and crisp, and they never break down in terms of frame rate. The game also offers more on-the-fly views (most of them good to play in), and newly added extras such as yellow-flag wavers near accident spots and a polygon-animated assistant in the pits. Excellent details found in earlier versions remain preserved, such as tire stains, rain effects and skid marks. The only graphical complaint: a few instances of pop-up when hills in the distant background are being rendered - but most players will be too busy rubbing their eyes in amazement at the game's visuals to even notice.

Still, realism is what propels any F-1 driving game to greatness, and this game measures up admirably to those standards. Like earlier versions, the game offers an independent four-wheel physics model, which gives players a more accurate feel for their car. This version has enhanced that model, as cars now can flip up, turn onto one side, or bump wheels with more realistic consequences (meaning nastier collisions and wipeouts). In the "more is better" department, the game adds even more parameters for car settings (15 categories total) in the simulation mode, such as gear boxes, tires, and wing angles - and each has a marked effect on the car. Once again, die-hard fans will have tons of settings to experiment with, and with variables such as track type and weather, this game offers lots of gameplay. Plus, the game's option to race up to 100 percent of a race's actual laps lets you define how real (or insanely silly) you want to get.

As in earlier versions, the computer AI strictly plays it safe - a plus or a minus depending on the situation. This detracts from the arcade mode, since it becomes relatively easy to force computer racers off the road, or slow down and block them from behind to prevent a pass. In the simulation mode's higher difficulty levels, this type of AI makes more sense, since car preservation is crucial for you as well as for computer racers. Fortunately, with the enhanced physics model, it's harder in this version to wipe out when bumping other cars.

Despite all the graphical hurrahs, some shortcomings prevent this game from getting a perfect score. Although the game has added audio tracks, it lacks an option for in-game audio commentary (as other F-1 games have offered). The current audio effects, while decent (especially when you "hear" opponents catching up from behind), remain sparse. Curiously, a radar inset that shows the track and position of all drivers is missing - it was a great tool in earlier versions for learning the track and keeping pace with opponents.

Although launch titles sometimes get cut some slack for being first to market, it also would've been nice to see better pit stop visuals and race-winning cinemas, both of which look a bit plain. Finally, while the two-player version can support up to eleven racers simultaneously, this version just screams for a four-player mode in lieu of the retro mode.

As with most launch titles, one suspects that time will lessen the visual impact of this title, as game developers learn to harness the Dreamcast's power. But for now, an already-solid Monaco Grand Prix series has an eye-catching version that sets the standard for F-1 racers on any platform - and makes a worthwhile investment for any hard-core racing-sim fan. 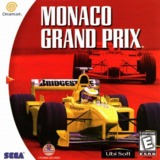 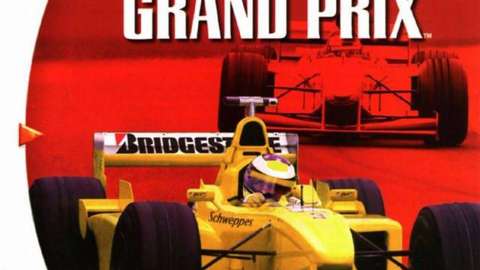 Don't buy an F-1 title before first taking this game out for a spin.