Momodora: Reverie Under The Moonlight Review

Momodora: Reverie Under the Moonlight belongs to the club of games designed to look and feel like console classics from the '90s, and it makes a great first impression. It's a charming 2D action-platformer with a Castlevania vibe; there's a haunted town and castle, a sprawling map with secret passages hidden behind false walls, and a powerful curse that needs to be eradicated. The only aspect that betrays its retro stylings is the orchestrated soundtrack, though it suits the foreboding atmosphere wonderfully.

In many ways, Reverie Under the Moonlight's also bears similarities to Dark Souls. Dodging attacks and pummelling an enemy at the right moment is often the key to success. Healing, when you fail to precisely time your moves, comes from an item that you replenish by ringing bells placed around the map, which also serve as checkpoints. And when you encounter NPCs that utter ambiguous lines alluding to a mysterious past or future event, building up your curiosity--and confusion--over the state of world and who, if any one person, is responsible for its blight.

For all of the familiar elements the game appears to ape, it never feels like a mere reflection of trends. It's not the first Momodora game--it's the fourth--and the action feels appropriately refined compared to previous entries. Your movements and attacks feel great in practice. The presentation, too, strikes a wonderful balance between simple and expressive, with great use of color and effective character sprites.

The main character, enemies, and bosses are no doubt cute, balancing out the otherwise dark tone, and the juxtaposition of darling and somber is refreshing when so many games opt for one or the other. But no matter how adorable an enemy looks, it almost always packs a punch. You will acquire new skills and increase your stats by scouring the map for items, but--save for a couple of encounters with oversized, slow bosses at the start--you rarely feel overpowered until late in the game.

Even then, however, you may find that you die on a regular basis. This is a product of Reverie Under the Moonlight's overabundant spike pits. Too often, you find yourself in a position where one small misstep will result in an instant death. At the start of the game these moments feel reasonable, almost as if they exist to teach you how to be a cautious and self-aware player. But the trend persists, and as you subconsciously tally the number of times you died due to a minor platforming mistake, it ultimately feels like a cheap way to drum up difficulty, rather than clever or necessary bit of level design. This cheap quality is made even more apparent when you consider the difficult-but-fair combat system. Though you may struggle in a fight, you can come out on top through smart play. If you struggle while platforming, there's a good chance you will have no choice but to reload your last save.

If Reverie Under the Moonlight regularly introduced new enemies, it's not hard to imagine how evolving combat encounters might distract you from focusing too much on the prevalent spike pits. But the game seems to run out of gas far too soon, especially given that the adventure only lasts for about 5 hours. It is a short game, yet it also ends up feeling longer than it needs to be.

For a while, as long as you are good about looking at the map and searching for unexplored pathways, you'll uncover the next step in your quest without much trouble. At a point, however, that tactic fails. The trick, then, is to speak to and follow orders from NPCs that hang out at various places within and without the game's decrepit castle. The issue is that the game fails to emphasize the importance of NPCs. This can lead to undue exploration as you poke at walls in search of a missing path in vain. Once you realize that, seemingly apropos of nothing, an NPC suddenly offers new dialogue after previously repeating themselves for hours, Reverie Under the Moonlight stops being a game you enjoy, and becomes a chore you merely want to finish.

For most of its tenure, Reverie Under the Moonlight is a satisfying game. It sounds unlikely, but the inviting presentation melds wonderfully with its uninviting atmosphere. The initial search and discovery process recalls the familiar comfort of games like Super Metroid or Castlevania: Symphony of the Night, with fun and challenging combat sprinkled throughout. But short of not finishing the game, there's no way to avoid the less-impressive closing hours when it runs out of new ideas, and at worse, halts your progress with increasing instant deaths and obtuse progress requirements. 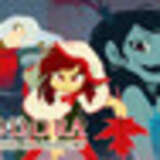 Peter enjoys "Metroidvanias," especially Super Metroid and Castlevania: Symphony of the Night. He played through Momodora: Reverie Under the Moonlight once, completing it in five and half hours. GameSpot was provided with a complimentary copy of the game for the purpose of this review. 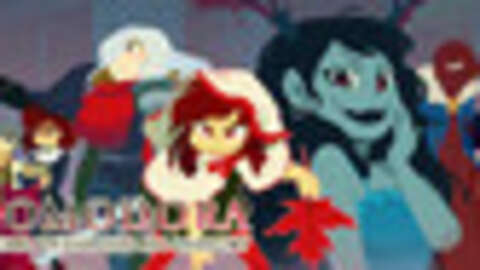 Momodora: Reverie Under the Moonlight

7.6
Sign In to rate Momodora: Reverie Under the Moonlight