It is said that those who cannot remember the past are condemned to repeat it. The axiom is often used by politicians and history professors as a warning, but the story behind Moebius: Empire Rising suggests we may not have a choice. The game presents a theory that space and time are connected in a twisted loop, and at any given moment, important figures from the past reemerge, sparking an event that may change the world for good or ill. At first blush,the story seems intriguing. But the brief moments of exuberance are hampered by mundane puzzle solving and uninteresting characters, making this 10-hour adventure not worth the time spent.

The plot, crafted by game design veteran Jane Jensen, has all the fluff and dramatic flair of a Dan Brown novel. Malachi Rector, the protagonist in this point-and-click adventure, is a brilliant man of considerable ego and antipathy. His coveted skills in art appraisal have him traveling the globe to evaluate ancient artifacts and search them for signs of authenticity or fraud. His abilities earn him the attention of a secret branch of the government, which hands him the task of identifying and attaining special persons of interest who resemble particular people in history pivotal in changing the course of the world. The organization believes that these individuals are destined to re-create a certain past event, bringing about a second Golden Age. Malachi soon finds himself paired with ex-soldier David Walker, whom he hires as a bodyguard. Together, they find themselves in a race against time hunting down their targets before a shadow group discovers them first.

The story moves at a brisk pace, with the two protagonists traveling the world in search of their quarry, all the while being targeted by mysterious men in masks who always seem to be one step ahead of them. They travel through the cities of New York and Boston, walk the sandy streets of Cairo, and explore the dank recesses of ancient catacombs under Paris. Puzzle solving and exploration adhere to the traditional point-and-click formula, where mouse clicks allow for movement and interacting with objects. The in-game menu lets you briefly highlight points of interest, removing the need to blindly click around the environment. Items that you pick up are stored in your inventory and, when necessary, are used or combined to solve puzzles.

Acquiring items isn't as typical as in other adventure games. Malachi often refuses to pocket every loose item, which falls in line with his stoic personality. After all, it's normal in games in the genre for characters to pick up anything lying around, from paper clips to wads of chewed gum, and then rub them against objects to progress, but to Malachi, it's unnecessary. He sometimes lets items be until the use for them becomes apparent.

The limitation makes narrative sense, but it causes issues later in the game. In one instance, I had to travel across Manhattan from Central Park to Malachi's apartment to grab an MP3 player, and then travel back, because he wouldn't let me get the device earlier. In another sequence, I had to leave a conversation and travel from Washington, DC, by plane to New York to pick up a pair of earrings and a bottle of alcohol before flying back to continue said conversation. Moments like this make progress tedious and contrived without providing any clear gameplay advantage.

Difficult puzzles are rare; there were few occasions when I was stumped. Many of the puzzles are conventional to the genre, such as looking for hidden keys and passcodes, or moving objects into a certain order. Most puzzles lack any sort of complexity, and the absence of challenge gives way to boredom long before the halfway point of the game. If you do find yourself at a loss, though, the game includes a hint system that nudges you in the right direction. During your investigations, you are given the option to use applied psychology on certain characters before talking to them, opening up more conversation options. Evaluating a person opens a menu screen where you examine a point of interest, such as a facial expression or body language, and pick from a list of choices, giving you a clearer picture of the person's personality.

The brief moments of exuberance are hampered by mundane puzzle solving and uninteresting characters.

Breaking up exploration and puzzle solving are the moments when you must analyze a person and match him or her up with a figure in history. This is done through investigation, where you discover clues through exploration and conversation. After you gather enough evidence, you open up a menu and scroll through a list of historical figures. You match the person's data points with possible candidates, removing those who don't stack up. When only several remain, you then choose the person who matches your subject the most. It's an interesting concept, but it wears thin rather quickly. Differences between candidates become more precise, and staring at the screen for too long tests your patience.

Malachi and David have a Sherlock and Watson type of relationship. Malachi is antisocial and has little concern for the troubles of those around him, and is motivated only by his chosen profession, which allows him to use impressive observational skills to evaluate people and objects. His partner, David, left the military disillusioned, wandering aimlessly without much purpose. He becomes Malachi's friend and moral compass, and eventually moves into Malachi's apartment. The two travel to various locations solving mysteries.

But unlike the friendships between other detectives of fiction, the friendship between Malachi and David feels forced. There is little to suggest that the two have chemistry, mostly because of their flat personalities. David is a two-dimensional military man, ending many sentences with "sir." He shows little depth other than his penchant for lame jokes, which manage to draw a dry chuckle from Malachi. And then there is Malachi, whose nature is more abrasive than charming.

Character models are not high quality and stand out against the colorful hand-painted backdrops of the environment. Many of the characters, Malachi especially, frequently spasm during their walking animations. Conversations sometimes take an interesting turn as arms occasionally clip into torsos. Other animations are equally peculiar, such as low-quality lip-syncing, which ranges from silly to downright creepy. In one of my early cases, I spoke with a woman who would pick up a cup of espresso, put it back down, and then repeat the motion while rarely taking sips. An investigator would normally see such a movement as nervousness on the subject's part, betraying a feeling of guilt. In Moebius, however, such exaggerated animations, ranging from waving hands to slouching shoulders, are meaningless, and are more distracting then helpful.

David is a two-dimensional military man, ending many sentences with "sir." He shows little depth other than his penchant for lame jokes.

The most enjoyable moments come when you have to use Malachi's keen intellect and vast historical knowledge to appraise ancient artifacts from across cultures and nations. Though it boils down to clicking through sliding images and choosing one that matches the object, it's still exciting to confirm whether the owner of the item in question is granted the satisfaction of claiming a piece of history or a prison sentence for fraud. These moments are sadly too few, because the game typically sets your deductive gaze upon characters, which isn't nearly as gratifying.

Moebius: Empire Rising starts with an interesting idea, but the plot never takes off. Some moments may briefly grab your interest, but disappointing puzzles, shallow characters, and tedious methods behind investigations keep the game feeling lethargic all the way to its uninspiring climax. Instantly forgettable, this game is better off lost to time. 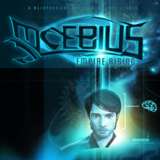 Cameron Woolsey doubts that any adventure game will delight him as as much as Sam & Max Hit the Road did, but he's wide open to the possibility. He spent around 12 hours playing Moebius, occasionally fighting off the urge to take a nap.