ModNation Racers: Road Trip gets off to an exciting start but sputters and lurches across the finish line.

ModNation Racers: Road Trip is a kart racer you want to love, and for good reason: it tries so hard to be loveable. It has an adorably devious aesthetic featuring racers that gesticulate wildly as they bebop down the track. It has creation elements that allow you to put a squat Marty McFly look-alike behind the wheel of a Delorian and set the kart loose on a custom track adorned with flaming hoops and unnecessary ramps. It's when you get down to racing in Road Trip that it begins to reveal its inconsistencies. Many races are great fun, but the frustrations pile on the more time you invest. The campaign's later tracks are less about racing and more about coming to grips with your kart's loose handling while avoiding inordinate amounts of doodads strewn everywhere.

Yet the racing seems almost an afterthought in ModNation Racers: Road Trip, which is one-quarter racing game and three-quarters creation suite. The robust tools allow you a good deal of freedom with the karts you devise, the racers you outfit, and the tracks you lay. The more you race, and the better you are at it, the more you get to toy with bits and pieces. Just allowing the game to randomize your onscreen avatar can bring about such cute results: a googly-eyed bright-green frog behind the wheel of a bright-yellow hot rod, for example.

It's a joy to see your creative concoctions spring to life, and thus a joy to receive a post-race overview of all the doohickeys you just earned. Driving around a track of your own devising also delivers that rush of seeing your imagination spill onto the screen. The cleverer you want to be, however, the more of a hassle it is to translate your vision. Placing scenery, obstacles, and other tidbits can be irritating given the imprecision of the touch-screen controls. Unless you have tiny fingers, stuff may not land where you want, and subsequent fiddling may have you wondering, "Why not just let me use the buttons?" In fact, the general interface for choosing submenus may have you wondering it again, what with the small, somewhat unresponsive wheel of touch icons you must use.

On the PlayStation 3, you accessed all your options from a single hub and drove your kart toward whatever feature you wanted to access. Road Trip's more traditional menu interface suffices, though it lacks that uniqueness that made the original so cohesive. Still, the menus make it simple enough to share your creations and download others. You can even download content created for the PlayStation 3 version, which gives Road Trip more longevity than if you were limited to PlayStation Vita-specific creations. This expansive sharing system spawns a sense of community, but that community is a limited one. While you can join local buddies in ad hoc races, there is no online play--a strange decision, considering that even the PSP version had online support. You can race against other players' ghosts, but that's not much consolation.

Races are fun when they focus on--well--the racing. The early campaign stages are raucously entertaining as they introduce you to various concepts: drafting, drifting, midair twirls, and so forth. The middle of the campaign hits a sweet difficulty spot, challenging you with curvy tracks, varied obstacles, and the occasional perilous drop. But then Road Trip's claws come out, and it all becomes too much. Flaming slabs, rotating platforms, narrow bridges, and barrels tumbling across the roadway: you can barely navigate these evils as other drivers bash into you, sending your bouncy jalopy careening into walls or plunging into ravines. The later stages don't require impeccable driving so much as they have you hoping that the timing of giant jackhammers and swaying platforms works in your favor. Road Trip's final stages throw so much stuff at you that you begin to feel powerless. And it's that loss of control that makes those races cross the line from challenging to cheap. Blue shells are child's play in comparison.

It's too bad that some tracks are too clever for their own good because many of them showcase complexity that would make MotorStorm players gleeful. Shortcuts are carefully crafted so that no single route gives you an obvious advantage. Speed-up platforms and launch ramps are placed in ways that keep the varied routes equally viable. But even when you're zooming about, giggling along with your bubbly racer, you can still get snagged by performance hitches. The frame rate isn't atrocious, but it's inconsistent and too often stutters when it needs to be perfectly smooth. Load times aren't unbearable, but they're long enough to annoy.

The general lack of smoothness--in the racing, in the menus, and elsewhere--is what keeps ModNation Racers: Road Trip from ever maintaining its stride. For every smile it elicits, there's a grimace to match it. For every joyous drift and creative breakthrough, there's a frustrating detail that flings you back toward earth. If you're keen on the series, you should consider tinkering with Road Trip. It's too bad that its engine doesn't purr as rhythmically as it should.

View Comments (20)
Back To Top
6
Fair
About GameSpot Reviews 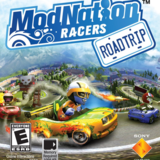 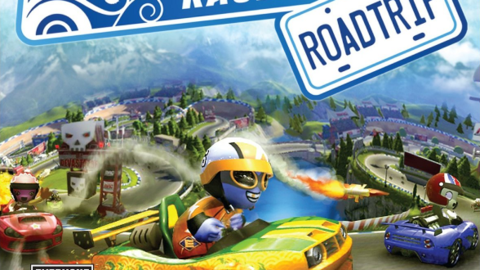 ModNation Racers: Road Trip is a Kart-style Racing game that brings the fun of the ModNation franchise to the PlayStation Vita.