Mobile Suit Z-Gundam has four different play modes. The main story mode features cutscenes, all of which are, of course, in Japanese. Battle mode cuts out all the FMV mumbo jumbo and lets you get right to the fighting. Vs. CPU allows you to choose your opponent and just fight. Link mode allows you to hook two PlayStations up and duke it out with a friend. The game comes with two discs (one for each of the main characters), so you'll be able to link up with only one copy of the game.

There are 16 characters to choose from, in all modes except story mode, each of which has different speed, armor, and firepower attributes. During a battle, the mobile suits have two weapons available: The gun is used for long-range attacks while the sword is used to deal damage up close. The game allows you to change elevation as well as direction to give the game a 3D feel. The two robots are kept a little too close together, which results in a slightly claustrophobic setting.

The controls are quite sluggish, regardless of whether you use the normal or analog setting. In the end, this is the fatal flaw that keeps Mobile Suit Z-Gundam from being a good game. Graphically, the game has a crisp, sharp look. The suits look, well, about as realistic as a 40-foot fighting robot suit can look. The multiple backgrounds give each battle its own look, and the game uses a lot of lighting effects that add a bit of pizzazz.

Overall, Mobile Suit Z-Gundam is a fair import title with good graphics and sound but terrible gameplay. Unless you're a big fan of the series, or someone that lives for link cable games, feel free to skip out on this import. 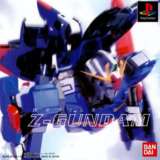 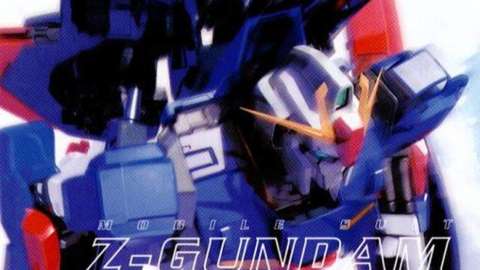