The action here is a complete mess that can't be salvaged, even with copious amounts of fan service and esoteric references to the Gundam universe.

Mobile Suit Gundam SEED: Never Ending Tomorrow is the latest in a seemingly endless line of mechanized combat games from Bandai. As denoted by the lengthy title, Never Ending Tomorrow is based on the Gundam SEED anime series, which develops an overly complex and often-unintelligible story to accompany the grandiose battles the classic Gundam series is known for. For what it's worth, the story is presented quite well, with dozens of short anime cutscenes that play between battles to provide some context for the action. Unfortunately, the action here is a complete mess that can't be salvaged, even with copious amounts of fan service and esoteric references to the Gundam universe.

The story in Never Ending Tomorrow is set up with a slick but rather heavy-handed opening cinematic, and is carried throughout the game by anime cutscenes that play out between battles. These cutscenes usually don't make much sense; they usually just involve a bunch of young men crying and screaming about why they don't want to fight but have to, for some reason. The game is full of forced dialogue that is much too ponderous to be enjoyable or believable. For example, during one cutscene, a tormented young pilot reflects on a recent battle and says, "We are fighting to protect ourselves, and if we must fight to protect, we have no choice but to fight." Despite the terrible dialogue, the cutscenes serve as nice bookends for each mission, and fans of the series will probably appreciate the added authenticity.

For all that filler, the actual story in Never Ending Tomorrow isn't very interesting, and it certainly isn't strong enough to save the rest of the game. The game takes place in the Cosmic Era, where the human race is divided into two opposing factions: the genetically enhanced Coordinators, and the regular humans, known as Naturals. The two groups struggle for dominance and eventually go to war. You can play through story mode on either side of the battle. You can follow the path of the young battle pilot Kira Yamato of the Earth Alliance, or Athrun Zala of the ZAFT forces. The missions in each campaign are pretty much the same, so though you might get to fight with a few different characters and mobile suits, the game plays pretty much the same no matter which story campaign you choose.

Each campaign is broken up into several missions, which are sometimes further broken up into stages. The missions are the same as just about every other Gundam game: You hop into a giant mechanized suit equipped with various ranged and melee weapons, then you are dropped into a large open environment on land or in space, where you have to destroy a rival suit that is usually accompanied by several weak drones. Every mission in the game is exactly the same, the only variations being that sometimes you fight in space, and other times you are on land or water. A few missions will have you shooting at enemy ships or blasting down nukes, but it all amounts to the same confusing, unsatisfying experience in battle.

The reason the battles are so confusing and unsatisfying is because you constantly have to struggle against the unwieldy controls. You move around with the left analog stick, using the right shoulder buttons to control your vertical movement. The right analog stick is used to look around, which you'll often need to do in order to spot a target. The problem is that it's difficult to use the right analog stick while firing your guns or dodging incoming attacks. You may actually find yourself using your left thumb to manipulate the right stick in order to free up your right thumb for the attack buttons. Needless to say, it just feels extremely awkward and it isn't a fun way to play a game. There is an automatic target-lock function that does help keep you oriented when there are only one or two enemies in battle, but with any more than that, it's difficult to lock on to the specific target you want to hit. Because you and your enemies are constantly moving all over the place, it's difficult to keep a lock on a target for very long--the lock breaks whenever the target leaves your viewing area. It's particularly annoying because several missions require you to take out a particular enemy, which is nearly impossible because the camera snaps to random enemies and pivots around your suit as you move around, trying to get your bearings. The only way to address this is to constantly toggle the auto lock on and off, but that's only slightly less awkward than the default controls. There are two alternate control settings in the options menu, but neither of them makes controlling your mobile suit any easier or more intuitive.

Once you manage to find a target, you can blast it out of the air with a ranged attack, or move in close for a melee attack. The ranged attacks are fairly weak, but they are by far the best option for taking out enemies because you can stay back and avoid fire while attacking. If you move in for a melee strike, the camera pulls out to give you a side view of the fight, which is disorienting because your view is often obscured by the enemy suit you're fighting against. Also, the melee controls feel slow and unresponsive; you have to time it just right in order to land a successful strike on an enemy. You are also equipped with special attacks, which inflict more damage but cost a lot of energy to pull off. Each suit has one ranged and one melee special attack, which can be useful once you actually find a target to attack.

Never Ending Tomorrow also lets you battle with a partner in the story missions. Your partner doesn't really do much most of the time, but he or she can provide support in the form of boosts that you can call for at any time. The boosts vary, depending on the pilot using them. Some boosts will increase your speed and attack temporarily, while others will heal some of your hit points or inflict damage on all targets in your area. These boosts can help turn the tide of a battle, and you often need them just to survive. As you complete missions, your partner gains experience and levels up. Higher-level partners can use more boosts in battle, and the boosts they do use will become more powerful. There are dozens of partners to choose from in the game, but certain pilots are only available for certain story missions.

Aside from the nice presentation of the anime cutscenes between battles, the rest of the game falls pretty far behind the times from a graphical standpoint. The suits themselves do look detailed and authentic, and they animate as you'd expect them to in combat. The environments are pretty bland; from the vacant reaches of space to the desolate land battles, there's nothing that will catch your eye. There aren't even any cool explosions or battle effects. It all looks about as plain as a giant mech suit battle could possibly be. Even with the sparse environments and weak effects, the frame rate often drops critically low during battle. In fact, the game rarely runs smoothly at all, which makes two-player split-screen just about unplayable.

The sound in Never Ending Tomorrow is the same recycled laser and explosions you've heard in every other Gundam game. The blasts and booms of battle sound muffled and they're pathetically weak when you consider that the effects are coming from the hulking masses of metal and firepower. The music has a few shining moments, but for the most part, it sits quietly in the background and never really plays a part in the game. There is plenty of spoken dialogue here, but you'll often hear the same battle phrases repeated several times in a fight, and after a while, the melodramatic shouting and screaming really start to get annoying.

Mobile Suit Gundam SEED: Never Ending Tomorrow takes the series to a new low. It's not particularly surprising for Gundam fans, but it's still a shame, because at this point, fans of the series would be happy to get even a halfway decent Gundam game. You can spend four hours or so on the story mode, then you can play single missions or try a couple of challenges in survival mode; but a few glaring problems persist throughout the game, making it a chore to play. Even if you are a Gundam fan, you'll get much more enjoyment replaying some of the previous Gundam games than you will playing this one.
View Comments (0) 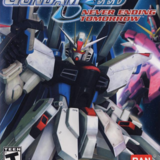 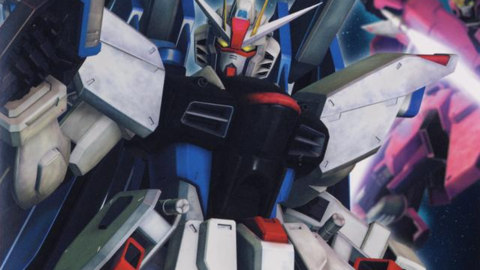