Mobile Suit Gundam is enjoyable despite its flaws, and it offers those who have never seen the original television series or its movie adaptation a condensed version of a classic part of anime history.

Sunrise's television series that started the Gundam phenomenon was Mobile Suit Gundam, which debuted in 1979 for Japanese audiences. Due to the extreme popularity of its recent successors, Gundam Wing and Endless Waltz, the original Mobile Suit Gundam episodes will be aired stateside for the first time, to a captivated US audience that can't seem to get enough Gundam. Mobile Suit Gundam: Journey to Jaburo, Bandai's latest PS2 mobile suit simulator, is a direct translation of this original television series, and it attempts to capture its epic storyline while introducing engaging, mission-based gameplay.

Mobile Suit Gundam takes place in the year Universal Century 0079. The principality of Zeon has invented a gigantic human-shaped weapon called the mobile suit, and it is fighting a bitter war against the Earth Federation for independence. During a conflict at Side 7, a civilian colony and research station, many Earth Federation soldiers are incapacitated, leaving no one to man the military ship White Base but the young boys and girls who survived the battle. Amuro Ray, a young student, is forced by happenstance into becoming the pilot of the Gundam, a prototype mobile suit. This first chapter in the Gundam saga focuses on Amuro's battles with Char Aznable, the "Red Comet," and the colony survivor's battle against Zeon forces and their "journey to Jaburo."

Mobile Suit Gundam is laden with impressive FMV, nicely done real-time cinematic sequences, and attractive 3D mobile suit designs, but much of their appeal is outweighed by the very bland textures and choppy animation. The RX-78 Gundam, which you'll be controlling throughout the game, flies and circle-strafes nicely but can be thoroughly difficult to control when precise movement is required, such as during the underwhelming melee combat. Targeting mobile enemies with ranged attacks is also a chore, as the lock-on feature works fine against stationary foes, but the targeting-reticule control (the right analog stick) is disabled when locked, so firing ranged attacks at flying enemies becomes nearly impossible. Collision detection is also off at times, which can cause a stutter-step effect whenever your Gundam is trying to maneuver through areas populated by obstacles.

The RX-78 Gundam itself is a pleasure to behold, however, with multiple weapon selections, such as a hyper bazooka and a rocket-propelled ball and chain. It even comes armed with the head-mounted vulcan cannons that Gundam fans have come to adore. Mobile Suit Gundam also features destructible terrain and impressive particle effects. Destroyed buildings crash down nicely in a manner reminiscent of Rampage's sinking skyscrapers, and smaller structures explode in a cloud of smoke. The freedom to explore mission areas is enjoyable. During missions where you're entrusted with the protection of White Base, you can boost yourself through the air to land on top and take this position to snipe enemy targets and provide cover for your wingmen, the guntank and guncannon.

Mobile Suit Gundam: Journey to Jaburo unfolds episodically, mimicking the format of the original television serial. Still images and clips from the anime are interspersed with real-time-rendered action sequences to tell the story, which has perfectly maintained its integrity in the movie-to-game translation. In an excellent use of the Gundam license, character voices, music, mobile suit design, and even the gripping narration and unmistakable interludes have all been lifted directly from the original series. Journey to Jaburo takes these elements and seamlessly melds them with nicely done mission briefings and a sharp interface that speaks well for the game's overall presentation. Once you have finished the game, you can continue to enjoy the technical readouts of the various mobile suits and enemies you can encounter throughout the game, or you can watch the cinematic sequences. Topping off the package is a series of entertaining DVD-styled extras, such as movie trailers and upcoming Gundam game previews.

Completing the game's story mode takes very little time--some players may actually be able to finish the game in well under two hours. But doing so unlocks a tactics battle mode that extends the life of the game immeasurably, allowing you to take the role of Zeon forces and many other mobile suits. This doesn't make up for the glaring omission of a multiplayer mode, however. Fans of the original Mobile Suit Gundam series will find that the storyline, visuals, and missions in Journey to Jaburo are as faithful to the source material as can be hoped for from a licensed video game. Mobile Suit Gundam is enjoyable despite its flaws, and it offers those who have never seen the original television series or its movie adaptation a condensed version of a classic part of anime history. 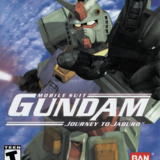 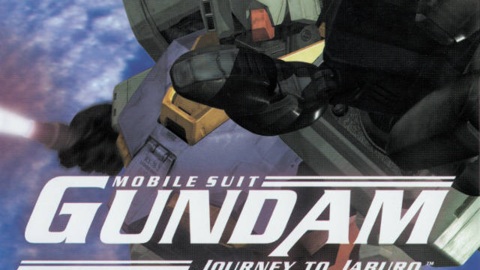 Mobile Suit Gundam is enjoyable despite its flaws, and it offers those who have never seen the original television series or its movie adaptation a condensed version of a classic part of anime history.

7.4
Sign In to rate Mobile Suit Gundam: Journey to Jaburo