Hitting ’em where they ain’t, one more time.

One of the most famous quotes in baseball history comes from Wee Willie Keeler. When asked about the secret to his success at the plate and what advice he might give others, the tiny right fielder replied simply: “I have already written a treatise and it reads like this: Keep your eye clear and hit ’em where they ain’t; that’s all.”

Which brings me to MLB The Show 16. Like Keeler, the latest addition to Sony’s long-running baseball game franchise is also one of the greatest of all time, once again making its spectacularly realistic simulation of the National Pastime seem awfully easy. Even though the series has been so good for so long that I’m always tempted to take it for granted, every spring I find that the game has been improved just enough over the previous edition that I can’t imagine going back to its predecessor. This year is no different. While the features list doesn’t contain any showstopping changes, the new MLB game has grabbed me yet again.

First up is the overhauled Road to the Show. This combination of franchise play and role-playing where you create a teen phenom and guide his progress from the minors to the majors is always where I spend most of my time, so I am happy to report that this mode has been substantially improved for 2016. Granted, the biggest change is the ability to finally play a full series in a row and upgrade skills in the player training screens without dropping to the main menu after every contest, but credit has to be given for speeding the game up so dramatically. Road to the Show is much more enjoyable now, especially with position players where you generally see only a handful of at-bats, on-base appearances, and fielding attempts each game. I was able to zip through months of play with my third-baseman alter ego in just a couple of sittings this year, something that was previously impossible due to constant menu interruptions and lengthy delays for loading and saving.

ShowTime has almost as much of an impact on Road to the Show gameplay. Basically, this is a control gimmick that works like a baseball-centric take on bullet time. Hold R2 when hitting, running the bases, or fielding, and everything slows down to give you more time to zone in. You can’t use this endlessly, as there is a meter keeping you somewhat honest here. But even still, this is a pretty blatant cheat that is hard to line up with the realistic nature of the rest of the game. I actually felt guilty when using ShowTime, although the abrupt transition to slo-mo actually tended to hurt me more than it helped. It made fielding attempts erratic and got in the way of the rhythm of at-bats. I still tried to use it on occasion when hitting in key moments, though. The cool factor of being able to slow down pitches to the point where I felt like this must have been how a guy like Willie Keeler saw the ball was an undeniable lure, especially in key moments with runners on base.

Perks are linked to special bonuses that can be used in Road to the Show games to buff abilities at the cost of portions of your ShowTime meter. Some are consumed instantly, others last for full games. You can use a perk to force a pitcher to throw nothing but fastballs in an at-bat, for instance, or to start every at-bat up 1-0, or even get the benefit of starting with a 2-0 count with the bases loaded. There seems to be a perk for just about every situation imaginable. You can even make an enemy runner try to steal.

I’m torn about both ShowTime and Perks. I like them for the added spice they provide, and can see the appeal of using them to liven up long seasons. ShowTime can be seen as a way of depicting the preternatural vision of great hitters (as noted above) and Perks can represent things like mind games getting into the head of opponents or a player’s reputation and a tough situation forcing favorable counts. Of course, the baseball purist in me finds all of this somewhat fraudulent. All I can say here is that you’re not forced to use either feature, and can safely ignore them if you want to keep things real.

Bowman Scout Day is another new Road to the Show feature. Here you show off for assembled scouts, going through various on-field drills to prove that you’re worthy of a high draft pick. The end result is a full scouting report just like the one provided to real wannabe big leaguers. It’s a little too much of an all-or-nothing exercise, especially given that you’re put on the spot without the benefit of, say, grinding it out in high school and college in advance. But it’s still a nice added touch that makes the subsequent draft feel like less of a crapshoot.

The other main area of MLB The Show that has been jazzed up for 2016 is Diamond Dynasty. It still seems awfully fussy to me, more of a store for player cards and attribute-boosting gear like special bats, gloves, and the like than a coherent sidebar to the main Road to the Show, franchise, and one-off match-up styles of play. There is a lot of content here now, like the ability to sign on with one of a handful of MLB star captains like Josh Donaldson for specific goals, the chance to fulfill missions, and even the option of buying classic stadiums like the Polo Grounds and Shibe Park.

As in previous entries in the franchise, though, there is a clear nudge toward micropayments in Diamond Dynasty. Many of the items on offer here cost more than you could earn via gameplay unless you quit your job and devoted your life to arcade baseball on a full-time basis. It’s also annoying that so much is locked out at the start of play. Of course, you never have to buy anything, but the tease is always there; wouldn’t it be easy to spend a few bucks in the real world and pick up a power-boosting Sam Bat or two?

Battle Royale, while attractive at first, seems like more of a stunt to have any lasting appeal.

Still, the addition of two new modes of play in Conquest and Battle Royale did pique my interest. Conquest is a fantastic single-player idea where you create a team of randomly assigned scrubs and try to take over the U.S.A. (plus Toronto, which floats off the map above the Great Lakes) by conquering territory from neighboring franchises and challenging other teams for some of their fanbase, all done via turn-based strategizing and three-inning games. Consider it baseball Risk. I can see Conquest becoming an addiction, too, as I got hooked on a “one more turn” cycle just playing the game for this review in an attempt to dominate the Midwest. Some more tips need to be provided for the various stages of play, however, as the game dumps you into the deep end at the start with little guidance for how to attack and defend your territories.

Battle Royale, while attractive at first, seems like more of a stunt to have any lasting appeal. It’s an online tournament that pits drafted teams of 25 players against each other. Prizes for multiple wins include packs of player cards and access to the best players in the game, including a roster of MLB legends. You only get one round free, though. Subsequent entries into the Battle Royale cost 1,500 stubs (the in-game currency), which again ties back into the whole storefront angle of Diamond Dynasty that turns me off. You can earn stubs pretty readily during play, but it’s still a deterrent that rewards those with tons of grinding time and those with a willingness to whip out a credit card. More casual players are something of an afterthought here. I experienced a bit of lag in each of the Battle Royale games that I played online, just enough to occasionally interfere with batting. It could be lived with, although any hitching in a baseball game can be a killer.

The game's presentation has been slightly improved across the board compared to MLB The Show 15 and it generally looks fantastic, under the sun or under the lights. Player models are the one exception, as they still run the range between photo-realistic likenesses and creepy caricatures. Too many players have dead doll eyes and spotty facial hair, especially the randomly created scrubs in the minors that you see during Road to the Show careers.

MLB 16 The Show improves in many ways it needed to, but don't expect it to feel like a totally new game. New features like ShowTime and Conquest, along with steady-if-unspectacular improvements to on-field action, animations, and visuals, make for subtly better game that fans of the franchise will appreciate. Once again, Sony makes it look easy by giving us yet another baseball simulation that not only hits ’em where they ain’t, it clears the fences completely on a regular basis.

View Comments (49)
Back To Top
8
Great
About GameSpot Reviews 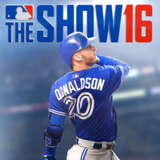 MLB The Show 16 rings in the start of a new season of baseball, and another week of Brett digging his cleats into virtual dirt. GameSpot was provided with a complimentary copy of the game for the purpose of this review. 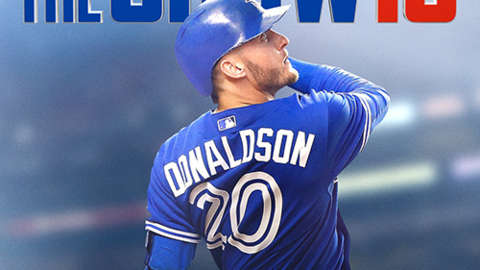 MLB The Show '16 offers the most immersive, authentic baseball game on consoles. This year The Show offers even more gameplay improvements, new game modes, and a greater ability to personalize your baseball experience.