MLB Slugfest 2004 is Midway's second entry in the arcade-style baseball field and a predictably improved follow-up to last year's installment. The game retains all the gameplay aspects that made the original a success and adds a handful of new things in an attempt at improvement. The additions are noticeable, but it may still be tough for owners of last year's game to justify a purchase, considering that it hasn't even been a year since the release of MLB Slugfest 2003.

Just like the original, MLB Slugfest 2004 is a fast-and-loose take on the sport of baseball that tries to incorporate the same style of pick-up-and-play game mechanics that have made Midway's other arcade-style sports games, like NFL Blitz and NBA Showtime, such a blast to play. Some liberties with the rules are taken, too. Slugfest defaults to a shorter, seven-inning game, and some violence is added for flavor. All these "extras" can be disabled, and there's still a pretty good baseball game underneath, but the game is at its best with all the crazy stuff in full effect.

In the case of Slugfest, the flavor comes from the concept of hard tags and slides, which are essentially attack moves. A hard slide can knock the ball out of a baseman's hands, and base runners can throw dirty punches while standing on bases. Fielders can counter these with the hard tag, which more often than not is a fist to the face of the runner. Like all the other Midway sports games, Slugfest has a turbo meter, and players will be "on fire"--which gives them enhanced stats and unlimited turbo--after meeting certain criteria. New to this year's game is the ability for pitchers to catch on fire by doing well on the mound. There is also a special pitch meter this time around that fills slowly as you throw strikes. When it's full, you can unleash a crazy pitch reminiscent of the super pitches found in Culture Brain's classic SNES baseball game Super Baseball Simulator 1.000.

The other change to pitching this year is each pitch now has a strength meter associated with it. Each time you throw that pitch, the meter drains a bit. When a pitch's strength meter is empty, attempting to throw that pitch will usually leave the ball hanging over the plate, begging to be knocked out of the park. Also, small lights have been added to either side of the turbo meter, which makes discerning if you're gaining or losing turbo after a play a little easier. Most of the game's other improvements come in the form of new modes, such as a home run derby that supports up to eight human players. You can also create a team and take it through the traditional baseball season, and the game contains a number of fantasy players and stadiums. The Major League rosters have been updated as well.

The beauty of Slugfest is that it's pretty easy to pick up and play. The controls are intuitive, and the pitching and batting interfaces work well. Once you've mastered the timing of things, like the swing of the bat and the hard slides and tags, it's easy to get hooked. All in all, the game has more in common with the great 8- and 16-bit baseball games of old than with today's complex simulation-style affairs. Players who lost touch with baseball games when they went 3D on the PlayStation may find that Slugfest is exactly what they've been missing.

Graphically, Slugfest still looks great. The player models have slightly larger-than-normal heads, presumably to show off the nice work that has gone into modeling their faces, but other than that, the game's models are pretty authentic. The game runs at a fast, smooth speed, and the effects used for players who are on fire are pretty cool. The motion-captured animation is solid, particularly when it's used to convey the impact between two players in a slide situation. Also, more player-specific stances and animations have been added for this year's game.

Last year's Slugfest introduced Midway's two-man commentary team, and the duo has a slew of new things to say this time around. Tim and Jimmy fall into the classic wacky guy and straight man routine, and for the most part, the commentary is genuinely funny, features some pretty clever writing, and is definitely one of the game's high points. Even the pregame loading screen contains some commentary. The rest of the game also sounds great, giving proper emphasis to the whoosh of a fast pitch, the crack of the bat, and the crunch of player collisions.

On its own merits, Slugfest is a fine game of baseball on all three platforms, and any baseball fan who hasn't played it yet should definitely check it out, keeping in mind that Slugfest doesn't take itself seriously. However, MLB Slugfest 2004's impact is diminished a bit by the fact that last year's game is still relatively recent history. A few more additions, like online play, would have definitely helped tip the scales. Owners of last year's game should probably rent this one to see if the additions are meaningful enough to warrant a second purchase. 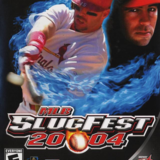 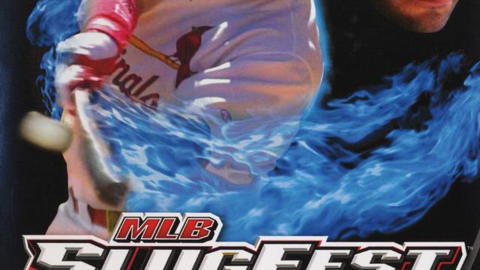