Konami has crafted a whimsical take on baseball that's as deep as you want it to be.

Spend only a few minutes with MLB Power Pros and you'll probably be led to believe it's nothing more than a lighthearted, over-the-top take on professional baseball. After all, the bobbleheaded renditions of familiar Major League players look adorable, and the controls make it very easy to slam moon shots toward the outfield. However, the more time you put in, the more you will come to discover what made the series so popular in Japan: Underneath the accessible spackle is loads of the sort of physical and statistical realism that hardcore baseball nerds crave.

Initially, you'll smile at the way the game juxtaposes realistic stadium environments with player models that resemble Lego people after they've hit the weight room. Manny Ramirez's dreadlocks look doubly ridiculous coming out from underneath his batting helmet when he's a pudgy, 3-foot-tall doll. You'll also find that the controls make it easy to place pitches and smash the ball. To throw a pitch, you simply select it and position the cursor in the spot where you want the pitch to go. To swing, you just position the sweet spot of the bat in the strike zone and press the button to swing. If you want, you can press a button to toggle between hitting for contact and hitting for power. Generally speaking, the ball will end up in play if the sweet spot is anywhere close to the ball when it crosses the plate.

Look closer and you'll realize that even though the players look like caricatures of themselves, their routines and athletic mannerisms have been captured with remarkable authenticity. Ichiro does his samurai shtick, Big Papi lumbers down the line, Jeter makes that leaping-spin-throw of his, and so on. That kind of attention to detail extends to the play out on the field. Of course, you can lay down bunts, set up steals, reposition the defense, and make substitutions whenever you like (the CPU definitely knows how to). Beyond all that usual stuff, though, this game nails the physical interplay between a bat and a ball better than every other baseball sim out there. How far you reach out, whether you swing a little high or low, and whether your swing is early or late--that's all factored into the ball's resulting trajectory. Say a pitch is thrown to a different location than you were expecting. You can easily move the cursor and make contact, but the hit probably won't be as solid because you're more likely to make contact with the edge of the bat and not the sweet spot.

Casual fans can pick their favorite players, teams, and stadiums in the practice, home run derby, exhibition, and league modes. If you play the game on the Wii, you can even swing the Wii Remote around like a bat in home run derbies and exhibition games. Battle-hardened baseball fanatics, meanwhile, can kill hundreds of hours crafting their own players in the success mode and their own teams in the season mode. Outside of those options, there's a stand-alone edit feature that lets you quickly modify existing players and teams, create new players, and put together fantasy teams. Stats gurus will love all of the statistical attributes that can be fiddled with--everything from contact and fielding, to nuanced stuff like clutch hitting and first pitch strikes. Regardless of how you play, you'll earn points anytime you finish a game that you can spend in the store to unlock alternate uniforms, additional player design options, and cheats for use in all of the game's various modes.

Role players will really dig the season and success modes. The season mode gives you full control over lineups, drafts, trades, equipment budgets, and everything else for 10 years. Specific emphasis is placed on player training and depth charts. You'll assign players to different training groups, so they improve over time, and you'll give them roles that the CPU will use when it's simulating games for you. As for the success mode, it's the MLB Power Pros take on the career mode usually found in baseball video games. You start out as a freshman on a college team and spend every week for the next three years practicing different drills, studying, working a part-time job, and going out on dates with girls. The whole process is open-ended, like a role-playing-game. You choose which activities to do, and they, in turn, bolster your player's attributes. Random events and choices dictated by a small deck of cards also influence the opportunities you'll have. You only get a limited number of actual plate appearances in the success mode, but after graduation your player will be added to the game's overall free agent pool, allowing you to continue his growth in the season mode.

Admittedly, while Konami got a great deal right with MLB Power Pros, they also got a few things wrong. The graphics are crisp and the players have a good variety of body and facial gestures, but the overall presentation lacks spice. You won't see much in the way of camera angles and transitions, for example, and the lone play-by-play guy repeats himself constantly. As it is, the visuals don't push the graphical capabilities of the PS2 or the Wii, and neither version supports 480p graphical output. The lack of any sort of online functionality is another annoyance, mostly because the rosters are nearly a year out of date, and it would be nice to have a way of updating them that doesn't entail manually editing every player in the game.

The PS2 version costs 10 dollars less, while the Wii version offers slightly quicker load times and lets you save your data to the system memory. Otherwise, both versions of the game look, sound, and play the same. Much ado has been made about the Wii version's support for the remote's motion-sensing capability, but it's really not that compelling of a feature since it's restricted to exhibition games and home run derbies. Simply put, get the game for whichever system you play the most. It's a fantastic choice for anyone in the market for a fun-loving alternative to all of the other hardball sims out there, and one that doesn't skimp on statistical and physical realism in its pursuit of goofiness. 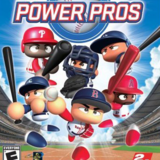 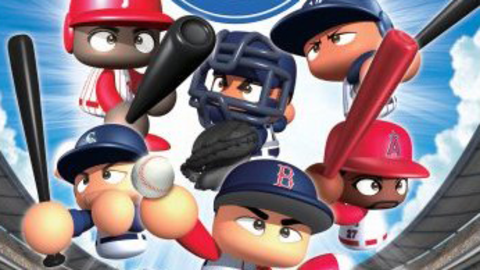 The popular Japanese arcade sports series comes to North America with every MLB player and ballpark.