MLB Power Pros is back for 2008 season with updated rosters, a new RPG mode, and its signature fun, accessible, and deep gameplay.

One look at MLB Power Pros 2008 may be enough to deter any serious baseball fan, as the anime bobblehead characters stand in stark contrast to the realistic player models offered by many other baseball games. It would be a shame, though, to overlook Power Pros, because beneath the cutesy presentation lies a game with broad appeal. Simple hitting, pitching, and fielding controls make it easy for anyone to pick up, while the extensive gameplay modes and astounding statistical depth (backed by the MLB license) offer plenty of meat for fantasy baseballers to sink their teeth into. It's not significantly different from last year's MLB Power Pros, but MLB Power Pros 2008 is still a great game with lots to do.

The foundation of Power Pros 2008's accessibility is its control scheme. Pitching is a simple matter of selecting your pitch and aiming your throw by moving a small ball icon. To hit, line up the silhouette of your bat with the ball icon (which disappears briefly to allow the pitcher to stealthily change the trajectory) and swing by pressing the X button. These basic controls give rise to complexity, as different pitches and swings combine to deepen the strategic possibilities. In the field, you move your fielder and throw with the analog stick and face buttons, respectively. Oddly, you can't manually select your fielder, so you'll sometimes miss plays due to the imperfect automatic selection. On the whole, the uncluttered controls allow you to perform every on-field action with ease; how well you perform these actions depends on your own skill, as well as your team's abilities.

Every major league team is in the game, with rosters that were current as of the beginning of the season (you'll find CC Sabathia pitching for the Indians, and Manny still swings for the Sox). This update is one of the only reasons people who bought last year's Power Pros should take interest in this game, as little else has changed. In addition to all of the AL and NL teams, you can create up to 32 other teams made up of players from around the league. You can design your dream roster, then customize a wide variety of team characteristics, from uniform colors to individual player strengths. You can show off your custom team in exhibition matches, or take it to the majors and play a full season against MLB teams.

In season mode, you are the GM of your team (real or created) and you govern its progress throughout the year. You can set practice schedules, manage finances, or tweak your roster by trading players and signing free agents (including players you've created in other game modes). You have the option to play through full games yourself, watch a fast simulation, or skip weeks at a time and just look at box scores. These options enable players who might only want to dabble in management to run through a season with ease, while leaving room for budding Tony La Russas to micromanage every last facet of their team. This is one of the main strengths of Power Pros 2008: it provides a satisfying gameplay experience at any level, engaging dilettantes and connoisseurs alike.

For those who are interested in a more personal take on baseball, Power Pros 2008 features two modes that let you live the life of one individual player. In Success mode, you create a new character and start off in the AA league. Your goal is to practice hard, do well in games, and make it to AAA, then the majors. Along the way you can work part-time jobs, date women you meet, and engage in a variety of other odd personal endeavors, like helping a teammate build a pitching machine that just turns out to be a box that he stuffs your friend into and says, "Now, pitch!" In MLB Life, you choose an actual MLB player, create a new player, or import your character from Success mode and play through a full major league career. Your activities are more straight-laced than those found in Success mode (no ninja training), but the basic structure is the same. In both modes you balance practicing to increase your attributes, resting to increase your vitality, and relaxing with a variety of leisure activities. As a fielder, you'll only bat during games, and as a pitcher, you'll only pitch every few games. It's a fun blend of baseball action and role-playing, and it's something you won't find anywhere else.

Playing Power Pros 2008 with friends is also good fun, be it in a single exhibition game or a league of up to six teams. Leagues can be as short or as long as you like, and you can skip games to advance the schedule. You and your friends can pit your custom teams against each other, or you can set yourself up against a number of CPU teams and run a shortened, simpler version of a season. There's a home run derby mode that, while not very challenging, can be fun when you're testing your skills against a buddy.

If the cylindrical cartoon characters are the main reason you're avoiding the Power Pros 2008, you should really give the game a shot. Despite their shape, you'll find that players have the facial hair, batting stances, and unique mannerisms to match their real-life counterparts, and this goes a long way toward tempering the goofy aesthetic. It's a shame there's no online play or roster updates, but the 32 slots for created teams and 200 slots for created players leave more than enough room for assiduous players to maintain their own updated teams. If that sounds like you, though, you could just as easily pay half price for a used copy of last year's MLB Power Pros and bring it up to speed. The only mode you'd be missing out on is MLB Life.

It's simple, yet deep; goofy, yet realistic. By straddling these contradictions, MLB Power Pros 2008 manages to appeal to casual and hardcore players alike. It doesn't step far from its predecessor's shadow, but that doesn't prevent it from shining. 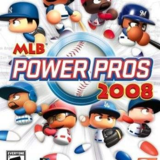 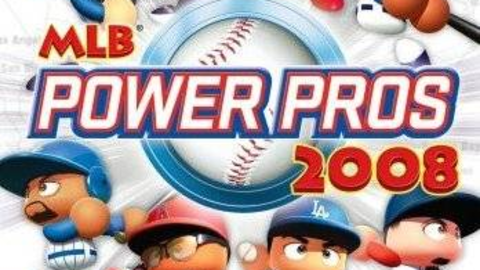