MLB 99 is a sound baseball game, and fans of last year's MLB 98 will surely enjoy it.

If you've played Triple Play 99 and have been waiting for MLB 99 to see which one's better, the wait is over. Even though MLB 99 is an improvement over MLB 98 in many ways, it still falls a little flat.

MLB 99 features the usual modes of play (exhibition, season, play-offs, and home run derby), but by far the best mode featured in MLB 99 is the spring training mode. This mode allows you to create a player and place him in the minors for a few games to see if he has what it takes to go to the majors. You get there based on your batting ability and your player's defensive prowess. Once you arrive there, you have to keep your stats up so that your ability points don't drop too low. Otherwise, it's back to the minors. This mode gives the game some life by making it feel as though every play counts.

The game features a lot of options such as a draft, player trades, and other managerial-type bits, but the real place where MLB 99 excels is in its gameplay. It has what is called "total control batting and fielding." While this is mostly a catchy phrase (which Sony gives to the gameplay elements of all its sports titles), it is kind of cool. What exactly is it? Well, total control batting allows you to guess where the pitch is going to be. If you guess correctly and time the swing, you can knock the ball for quite a ways. The total control fielding simply allows you to do moves in situations where you normally wouldn't be able to do them, like an over-the-fence home run steal, a bare-handed pickup, or a quick jump and toss. But it almost happens automatically so you don't feel too excited when you pull it off.

Visually, MLB 99 comes off better than last year's model, but it still looks a little sketchy. The 3D polygonal player models still look boxy, though the motion capture animations of the players is so good it almost makes up for it. The 3D players even have batting stances that mimic those of their real-life counterparts. The sound and music are fair, but after hearing the comical commentary of Buck Martinez and Jim Houston in Triple Play 99, it's hard to get excited about the dry announcing that Vin Scully provides.

In the end, MLB 99 is a sound baseball game, and fans of last year's MLB 98 will surely enjoy it. But after playing Triple Play 99, the faults of MLB 99 are blinding. Triple Play 99 is such a complete package that it even makes you like baseball more after you play it. If you want the current best PlayStation baseball video game, then Triple Play 99 is the way to go. 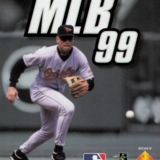 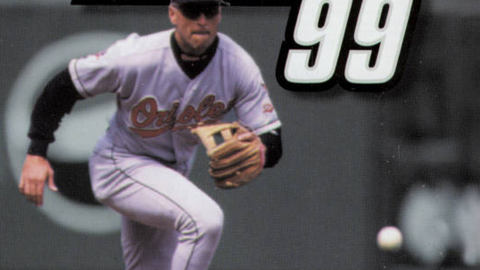 MLB 99 is a sound baseball game, and fans of last year's MLB 98 will surely enjoy it.