MLB 2004 isn't the most authentic or the most extravagant baseball game available, but it does fill a niche for casual fans who just want to dive in and play a quick game of hardball.

MLB 2004 is the odd duck in this year's crop of baseball video games. It doesn't strive toward the same level of realism as 3DO's High Heat Major League Baseball 2004. It doesn't seek to mimic the look of a TV broadcast, like Sega's World Series Baseball 2K3. And it doesn't let you play with dozens of legends and bonus teams or download roster updates from the Internet, as does Acclaim's All-Star Baseball 2004. Instead, MLB 2004 offers a little bit of everything and tries to appeal to the casual baseball enthusiast who favors excitement over authenticity.

Basic play modes include exhibition, season, all-star game, home run derby, and playoffs. If you want to step into a quick game or series, vary the lineups, and play against the computer or a friend, that's easy enough to do. You can edit existing players or create your own, and you can jockey the rosters as well.

The career and franchise modes are a little different from those in other games. In the career mode, you select a specific player or team and try to make it successful over the course of 10 seasons. You can draft and trade players, as well as oversee a small farm club, but there aren't any payroll or free-agency tasks to deal with. As for the franchise mode, you don't build a team from scratch and set out to manage its day-to-day business. Instead, the computer selects a random team of 11 players for you, which you then have to field against the other teams in the league. For every home run, win, or set of wins you achieve, you'll earn points that you can use to purchase better players.

Besides the options mentioned above, MLB 2004 also offers a rather unique spring-training mode. Here, you play the role of a rookie player who's invited to spring training by a big-league club. You have six games in which to make an impression and earn a spot on the club's MLB roster. If you earn enough points, your player will transition into the regular season, where you'll have to continue playing well or risk a permanent demotion. The spring-training mode is a highly entertaining diversion and a nice way for beginners to ease themselves into the game.

Overall gameplay is geared more toward action than strategy. Players in the field always make spectacular grabs and follow through with throws that are unbelievably accurate. It's almost impossible to leg out a single on a ground ball, but home runs are easy enough to hit such that you really don't need to worry about filling the bases. The camera angles in MLB 2004 don't linger in the field either. Each position basically has two or three total defensive moves, which you'll see within a handful of innings. Once a play has been made, the players simply stop moving, and the camera quickly transitions back to the plate.

Pitching and batting require more forethought, but not much more. You choose the location of your pitch during the windup, which means that you only have a split second in which to decide your aim. When you're up to bat, you have the option to swing for contact or for power. A powerful swing will carry the ball farther, but you'll have a smaller contact area to work with. You always know exactly where the pitcher is aiming, however, so all you need to do is swing at the right time to make contact with the ball.

Like other games, MLB 2004 has a guess-pitch option that lets you improve your chances at the plate. If you choose the correct location and pitch type, your contact zone will increase. If you're wrong, it will shrink. A nice aspect of the guessing mechanism is that there are fewer locations to pick from when a pitcher is tired. In this fashion, your odds continue to improve as the game wears on.

Graphically, the game looks interesting even though it doesn't exploit the potential of the PlayStation 2 hardware. The stadiums are fairly plain. All of the familiar outfield landmarks are visible, but external details are usually blurry or simply absent. For example, there aren't any boats in the bay in front of Pac Bell Park. Inside of the stadiums, the spectators behave like genuine ticket holders. They stand up, clap, and cheer independent of one another, just like the fans you'd see in a real ballpark. The player models in the batting view are pretty good as well, especially their facial characteristics, which have been re-created using proprietary HeadScan technology.

MLB 2004 is abundant with quick camera transitions and random close-ups, but it doesn't quite mimic the look of a typical TV broadcast. In that respect, it's the smooth audio commentary provided by Vin Scully and Dave Campbell that gives the game a decent amount of personality. They don't necessarily call the action any better than the commentators in other games, but the way they talk is more reminiscent of the lexicon you'd hear during an actual radio or television broadcast. In between innings, their recaps are long-winded and take you right into the next at-bat.

All told, MLB 2004 isn't the most authentic or the most extravagant baseball game available, but it does fill a niche for casual fans who just want to dive in and play a quick game of hardball. 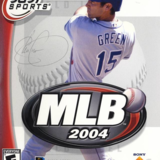 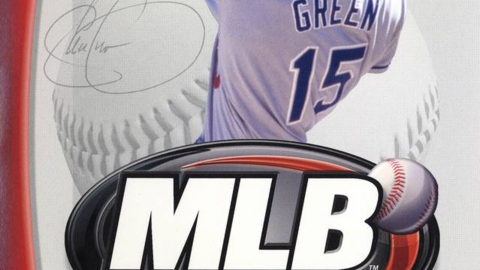 MLB 2004 isn't the most authentic or the most extravagant baseball game available, but it does fill a niche for casual fans who just want to dive in and play a quick game of hardball.