Mission: Impossible's main problems stem from its inconsistency from level to level.

Mission: Impossible has been in development hell for the past two years. And for the past two years when people would try to describe it they would say Mission was a mix of Mario and GoldenEye. While these descriptions hold some truth, after playing the game through, it would be misleading to leave it at that. Mission: Impossible's main problems stem from its inconsistency from level to level.

The storyline of the game somewhat follows that of the movie. A mole has infiltrated the IMF team and has framed Ethan Hunt. Ethan must recover the NOC list to lure the mole into the open so he can clear his name. Mission: Impossible the game has all of the cool stuff from the movie like breaking into the CIA's headquarters and hanging from the ceiling by a rope to access the world's most secure computer.

The game as a whole is a mission-based third-person action-adventure game. Most of the game is viewed from a camera angle that follows Mr. Hunt as he goes on his way. In open areas, the view is seen from a bit further away and slightly above. The game consists of completing objectives within an area, such as blowing stuff up, taking people out, and other general espionage.

The levels are set up so that first there is a collection of levels whose objectives require go-here-do-this puzzle solving. Then you'll get to play more action-oriented levels with shooting, jumping, go-here-kill-this-guy action. It's good because while you're playing one of the errand-boy missions that has you fetching this and that, you get to look forward to one of the cool action levels like the sniper or train levels. Since some of the first levels of the game are of the boring sort, many people may not want to play long enough to get to some of those really cool levels later on in the game. But trust me, it's worth dredging through some of the missions in the beginning levels.

The good levels in this game are really pretty good. For instance, on the embassy party level you must assume the identity of a specific guest. To do so you have to knock him out, but you can't just walk up and smack him. Well, you could, but that would blow your cover. So you have to lure him away by putting nausea powder in his drink, forcing him to run to the restroom, where you can knock him out unseen, and then use your face maker to assume his identity. Once you've taken his appearance, making it past the guards is a breeze. There are other instances in which the interaction between your character and the characters in the game is subtle but smart. For example, when you are in a place where a gun would be inappropriate, like a hospital, the characters in the hospital start screaming that you have a gun, thus causing a big stir, and security is dispatched to come and pick you up. The AI's behavior gives the characters in the game a life of their own.

Graphically, Mission: Impossible is rather average. It has that grainy, blurry look that GoldenEye has, although the environments and characters are far less detailed. It also differs from GoldenEye in the distance at which objects and buildings fade into view. In GoldenEye, when looking through the scope, you could look way into the distance and still see buildings. In Mission: Impossible, buildings and objects are drawn in considerably closer. The music is actually pretty good. It's hard to miss with the Mission: Impossible theme and accompanying spy tunes. The sound effects are for the most part fair, although some sound quite familiar and are surely from other games.

Mission: Impossible is a very inconsistent game - some levels are great, and some just aren't any fun at all. But overall, most of the game is challenging and fun. Anyone who enjoyed the spy aspect of GoldenEye, with the gadgets and the sneaking around, should definitely give Mission: Impossible a try. 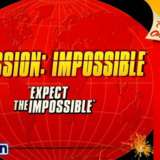 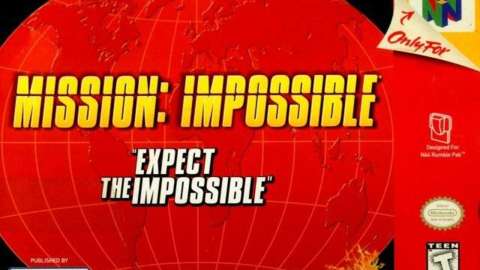 Mission: Impossible's main problems stem from its inconsistency from level to level.