Mission: Impossible seems geared to those hard-core gamers out there who have both the time and the patience to spend replaying level after level until they've finished the game.

Greetings, fellow gamer. Your mission, should you choose to accept it, is to traverse your way safely through ten terrorist-filled levels in Infogrames' Mission: Impossible for the Game Boy Color. To aid you in your mission you will have at your disposal: Metal Gear-style gameplay, a visually pleasing game environment, and a diverse array of spy paraphernalia. Oh, and before we forget, don't let the enemy see you, because one hit and you're toast. This paragraph will self-destruct in five seconds.

Taken out of context, the above description sounds like it would make for an excellent game. Top-down, Metal Gear-style gameplay is always a safe bet on handhelds. The ability to use a variety of guns, transceivers, stealth devices, and infiltration systems can't hurt either. In addition, vibrant, multicolored graphics and large character sprites usually lend an aura of quality to any game. However, when it comes to Mission: Impossible, the correct ratio of these aspects has been executed improperly.

In general, if a weapon or object is available for use when it's needed, that is a sign of proper game balance. Unfortunately, object-use in Mission: Impossible is kept to a minimum, robbing you of one degree of freedom. Furthermore, the effectiveness of your primary weapon is diminished by the fact that using it alerts the attention of every enemy in your area - usually resulting in certain death. Splut, there goes one more degree of freedom. Amusingly, the game manual states that frugal weapons usage can lead to an increased score. But thanks to the risky nature of putting the weapons to use, this bonus isn't difficult to achieve. Even worse, any mistake that brings your character into contact with an enemy causes you to begin the level over again. In early levels, this amounts to only a minute or two of backtracking. In later levels though, upward of 10 or 15 minutes can be wasted by such mistakes. To be sure, a life meter would have been a welcome addition to this game's feature set.

Adding to the tedium, each level begins with a textual objectives list that you're expected to follow explicitly. Walk over the bridge, into the house, across the desert, under the lasers, past the guards, through the woods, into the hills, to grandmother's house we go. Due to these strict objectives, Mission: Impossible serves as an example of one of the most linear games ever released. Even more than the lack of a life meter, this forced ennui is going to tax even the most patient of gamers.

When it comes to Game Boy Color titles, rarely does a game fail in the gameplay arena while succeeding in the areas of graphics and sound. Somehow, Mission: Impossible manages this feat. Character sprites are nicely drawn, with an animation level that is on par with such recent releases as Bionic Commando and Tomb Raider. As the game progresses, suitable sound effects coupled with catchy Mission: Impossible tunes emanate from the GBC's speaker. In truth, only the most nitpicky of gamers could find fault with the game's multimedia qualities. Unfortunately, while level after level is a treat to behold, playing through them is akin to pulling one's own teeth with vice-grips.

Developer Rebellion has included, in addition to the game itself, a clever Game Boy Color technology demonstration within the framework of a built-in Agent Action Kit. This kit, supported by battery backup, lets you store names, addresses, and phone numbers; send and receive infrared messages; and even use the Game Boy as a remote control. It's this last option that has many people buzzing with excitement. Select a button for assignment, point any infrared-based remote control at the GBC's IR port, and press a button on said remote. The GBC will then store a copy of the original signal for later use, letting you power on, power off, change channels, and do everything else a remote would let you do. However, you should be aware that there is a ten-foot limit of effectiveness on the GBC's IR port.

As an adventure game, Mission: Impossible seems geared to those hard-core gamers out there who have both the time and the patience to spend replaying level after level until they've finished the game. Those who prefer life meters with their espionage or who are expecting a Metal Gear-ish experience will want to steer clear of this one. However, if you're into quirky and unique game modes or are just curious, the Agent Action Kit does make the game worth a look. 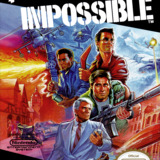 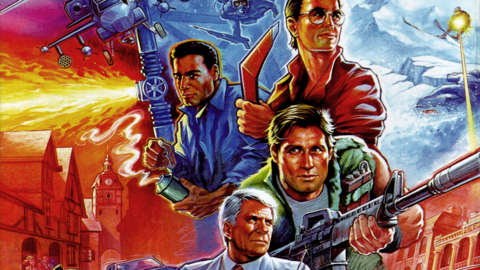 Mission: Impossible seems geared to those hard-core gamers out there who have both the time and the patience to spend replaying level after level until they've finished the game.