Minecraft Story Mode--Episode 4: A Block and a Hard Place Review

There are some spoilers below. Be warned!

Drama hasn't been a hallmark of Minecraft Story Mode, with the series' amiable characters and goofy scenarios putting the game squarely in the light entertainment category thus far. But all that changes in this latest episode, A Block and a Hard Place. There's a shift towards the serious here, the natural outcome of several hanging threads from previous episodes finally coming to what seem like their natural narrative conclusions. Some of these resolutions are more impactful than others, though, with the fate of one character feeling particularly unearned. The emotional payoff here isn't huge, although the overall experience still remains a fun, exciting, and buoyant journey through the world of Minecraft.

Perhaps that big emotional payoff will arrive in Minecraft Story Mode's concluding chapter (Episode 5 is still to come), but for all intents and purposes, Episode 4 feels like the endpoint for the adventure that Jesse and friends set off on at the start of this series. Episode 3 ended on a huge cliffhanger; the Formidabomb not only failed to destroy the Wither, but actually made things even worse. An old companion thought lost resurfaced, and our heroes were forced to flee as the even more powerful Wither renewed its attack.

Episode 4 hits the ground running, but despite numerous action sequences, feels a little slower paced compared to the breakneck speed of the previous two installments. That's because this episode--more so than the others--takes time to flesh out the characters, relationships, and key pieces of backstory only previously alluded to. A Block and a Hard Place's big action beats are all interspersed with quieter moments or sequences where characters finally come to an understanding about their relationships. Some of these are affective and heartfelt. Jesse's moments of doubt shared only with his/her pet pig Reuben, for example, are poignant and touching, and the scenes where the members of the Order of the Stone are forced to own up to their own dubious past feel impactful.

Not every emotional hit lands, though, with some feeling rushed and even a little manipulative. The fate befalling a key character especially rankled me--it felt tacked on, as if the narrative demanded an exclamation point to happen at that time. But without enough lead-up work to flesh out the character, that particular moment's impact felt greatly lessened.

Episode 4's action sequences are the most diverse we've seen in Minecraft Story Mode so far. Starting with a frenetic horseback chase and ending with a landscape-shifting finale within the Wither itself, A Block and a Hard Place demands the quickest reflexes of any of the previous episodes. A single missed QTE means instant death in many of the action sections here, meaning many younger players may get a little frustrated. The diversity of the action here means the two hours or so that a playthrough takes remain engaging throughout, and the increased stakes make every encounter feel important.

But as always, one of the best things about Minecraft Story Mode remains the outstanding way it's melded Minecraft's player-driven lore, culture, and community within the game's overarching narrative. A visit to the Far Lands, for example, is both a key plot location as well as a knowing wink to the fact that every Minecraft "world" map has a finite end that players can't venture past. All of these details make the world of Minecraft Story Mode feel lived in and vibrant, like it holds secrets and adventures that are only waiting to be discovered.

By this episode's end, companions have been reunited, long-held secrets revealed, and a new order established. Everything feels right and good again, so much so that it's hard to see just where and how Episode 5 will take the narrative. Perhaps it will have even more revelations, or result in more twists, or perhaps it will be the start of a brand new adventure. With Episode 4 seemingly wrapping up everything so neatly, the next chapter is something I look forward to with curiosity rather than anticipation.

Randolph Ramsay played through this latest Minecraft episode twice. The next playthrough will be with his six-year-old son. 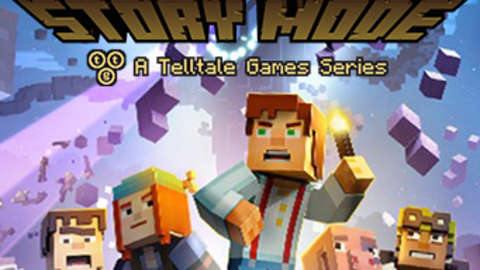