Mindseize is a solid metroidvania that lacks spark and memorable characters.

If you had asked me to write out a checklist of features I would expect to find in a Metroidvania, my final list would be pretty close to what I found in Mindseize. It's a decent one, too. Solid, even. And, for all that, just a little bit dull. There’s nothing wrong, per se, with an unimaginative adherence to the basic Metroidvania formula, but Mindseize also fails to inspire with its approach to theme-setting and story development. The final result is a competent but unspectacular action-platformer with precious few ideas of its own.

You play a father bent on exacting revenge on an evil sci-fi organisation that, uh... seized the mind of his daughter. An early unsuccessful encounter with the Big Bad leaves Angry Dad disabled but, with the help of a good sci-fi organisation, able to continue his crusade by transplanting his own mind into a robot. It's nonsense, of course--though it's inoffensive nonsense, sparing in its narrative dumps and blessedly easy to ignore.

More urgent matters involve exploring the various planets, each of which is presented as a vast network of 2D platforms appropriated from conventional stock--the jungle area, the industrial factory, the rainy dystopian nightscape, the caves littered with glowing crystals, and the caves that are a bit darker because there are no glowing crystals. They're all there, present and correct, and no more imaginative than similar scenes in countless other games.

Mindseize doesn't hold your hand when it comes to traversing the map. No map markers or giant chevrons pop up to let you know you need to explore the caves more thoroughly before you can progress through the jungle. All you can do is venture into one area, poke and prod your way around until you realise your progress is blocked, then try somewhere else. Chances are the item you need will be there instead. It's rewarding to make these discoveries yourself rather than having them signposted. Recognizing that you’ll have to return to a place later once you’ve collected the wall-jump or the crouch-dash always carries a certain smug satisfaction.

On plenty of occasions, however, I felt stuck. I'd pull up the map and stare at it for a while. The map itself is a simple 2D grid with savepoints and vendors pinpointed, different areas colour-coded, and most helpfully of all, thick borders indicating the level boundary contrasted against thin borders that promise more to explore. All the places where the level extended beyond where I'd been were clearly visible, so it was simple enough to backtrack and check things out. Usually, I'd realise I'd missed something the first (or second, or even third) time through: a platform just edging into the screen that I'd wrongly assumed I couldn't reach, a screen that had multiple exits and I'd always taken the obvious one, or maybe a breakable wall that led to a shortcut or a whole new area.

When you die you are sent back to the last savepoint you activated--which can be quite some distance apart--and all progress since the savepoint is reset. This creates a tension when exploring an area for the first time, as you weigh whether to double back to preserve your additions to the map against the risk of pressing on and losing it all. I found I got into a rhythm of exploring one way for five to 10 minutes and then ducking back to the nearest savepoint before striking out again to reveal the next little section.

Working to gradually reveal the map's secrets is enjoyable despite the occasional setbacks. The repetition involved in running back and forth, slowly honing the map into shape like a blacksmith tempering steel, isn't merely pleasurable in itself--it also gives ample opportunity to perfect the techniques required to dispatch or avoid all the enemies patrolling the levels.

Indeed, while exploring, much of your time in Mindseize is spent swatting aside grunt enemies with an assortment of ranged and melee weapons. New weapons are collected over the course of the game, though you can only equip one of each and can only swap at a savepoint, so there's a nice bit of strategic thinking about which weapons are going to be best suited for the level ahead. There’s not a huge amount of variety in the weapon selection, but each one is distinct enough to necessitate a different approach depending upon which one is currently in your hand.

Beyond the unfashionably scant arsenal, there's not much in the way of tailoring modern flourishes to the core action. Indeed, it feels more like a conscious attempt to recreate how these games played in the 16- and 32-bit eras, for better and worse. Combat isn’t as fluid and flashy as something like Dead Cells, but there’s a clarity and precision to the weapons and their movesets. As a result, clearing a screen--or just trying to duck and weave your way through--feels like a purposeful series of very deliberate button presses as you perform a neatly choreographed dash, shoot, jump, swing and roll to safety. Under the likely influence of nostalgia, I really enjoyed the simplicity and pixelated chunkiness of the action.

Much of the challenge of traversing a level comes from having to deal with multiple different types of enemies at once, and it's here where the healthy variety comes to the fore. Juggling a screen full of five or six enemies, all trying to kill you in different ways, tests your wits and reflexes even when backtracking. Respawning enemies mean that you start to memorise routes, particularly when heading back towards a boss encounter, and the groove you settle into running through the same handful of rooms again and again is immensely gratifying as it becomes second nature.

It's unfortunate that the boss battles aren't especially memorable. They're fine, I guess, but they're unremarkable as both combat encounters and as characters. Most bosses rely on a handful of attacks and a gimmick, neither of which feel like they have much connection to the level building up to them. Sure, the last ability you collected is--yep, you guessed it--probably going to prove useful against the next boss, but there's no surprise or invention to it. There's no eureka moment when you realise an unexpected application of one of your abilities. Instead, the boss fights all work pretty much how you'd expect them to, a series of often quite demanding tests of pattern recognition and patience.

I enjoyed wandering the stereotypical video game worlds of Mindseize and dispatching its well-deployed inhabitants. It does enough with encouraging exploration and enemy variety that it kept my mind engaged even if, thanks to the uninspired narrative and character development, my heart just wasn't feeling it. Generic Metroidvanias may be increasingly common these days, but I have to admit that the formula still works. 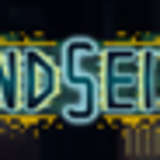 David Wildgoose has been playing Metroidvanias since Doriath on the Commodore 64. And that came out before the first Metroid. Code was provided by the developer. 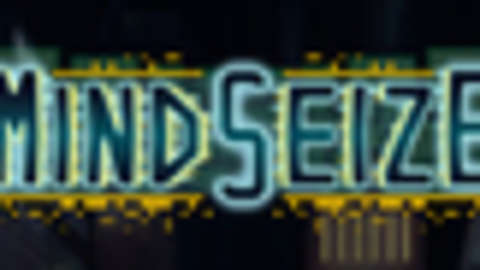