Mind: Path to Thalamus is easy to classify but difficult to parse, a first-person puzzle game that's not about the puzzles but instead about what they stand for. Like many other games that appear on Steam and float in and out of the collective consciousness, this is a metaphysical journey that prioritizes discovery over solution, and it's a largely successful one, leading you through one gorgeous environment after another so that you might ogle the view and wonder about its meaning within Path to Thalamus' larger narrative. And it's that narrative that provides both the game's fall from grace and its ultimate salvation.

Mind: Path to Thalamus owes a debt at least in part to Myst and its sequels, games that twisted your brain into knots when you weren't admiring the surrounding beauty and pondering the mysteries you were unveiling. Here, you wander through various surreal locales--meadows crisscrossed by stone walkways and dotted with pillars, floating islands connected by glowing portals, and beaches topped with sunny blue skies. Making your way through this world means carrying wire-mesh orbs and dropping them in designated regions in order to affect the weather, turn day to night, or make walkways corporeal. Discovering how you influence the world around you is intrinsic to the experience. Not only do you discover on your own how to make it rain, but you also discover what that rain means for the world around you, and what it means for escaping your comely mental prison.

That weather motif is one of several ways Path to Thalamus ties its puzzle-solving to its story. You assume the role of a comatose storm-chaser, grappling with his guilt while stuck inside his own head, facing the loss of two loved ones with a single name. The losses were the result of his weather obsession, the specifics of which are only hinted at as the man narrates your journey through his brain. This is a heavy-handed story; it takes itself so incredibly seriously in the way it slathers on the pedantic metaphors, and in the narrator's own wistful recollections, some of which are difficult to listen to. This is due in part to the voice acting, which doesn't communicate the solemnity the writing calls for, and in part to the lead's self-pity, which made me wish the narrative canvas had been painted upon by a subtler brush.

Nevertheless, the final level may not have worked so well had the previous few hours not been so insufferably earnest. I'd rather not reveal how the narrator's contrition is so dramatically subverted, except to say that Path to Thalamus forces its protagonist to stare at his own troubled reflection. The subversion is itself undermined by the script's continuing insistence on sticking with the most hackneyed lessons possible, but I appreciated the game's willingness to skew its own vanity, along with the inherent selfishness and haughty righteousness of the guilt complex.

Fortunately, Path to Thalamus' puzzles and settings stand apart on their own, provided you're prepared for the slow pace inherent to meandering through its spaces. There is no run button, and you have to tinker a bit to uncover each level's exit, so expect to explore and test the game's limits, bumping against the (sometimes invisible) walls that enclose the map and stumbling through the occasional murk. Most of the puzzles aren't demanding, and performing them often requires more effort than actually devising the solution to them. Even so, some of them reveal a cleverness of design that's impossible not to admire. I had a number of "Eureka!" moments when I discovered how rolling an orb down a particular hill could power a series of rising platforms and lift an opaque fog, timing such events in a way that eased my passage to a new area. The most impressive moments, however, come in the later chapters, when you must face a haunting colossus and purposefully brush against death so that you may continue to live.

A few annoyances interfered with my adventure; I got stuck in place twice when trying to make leaps I hoped might have clever results, and finding an orb in the grass when night has fallen can be a frustration. These are small irritations, but in a game this focused, such irritations can linger. Fortunately, the delights linger as well--the stunning landscapes, the grand sense of scale that pervades a few of the later levels, the artful manner in which the final scenario reimagines the archetypical video game boss. Even if you don't fall in love with Path to Thalamus, I suspect you won't be fully immune to its gravity. 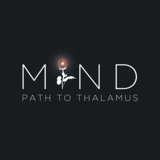 Kevin VanOrd spent about four hours puzzling over Path to Thalamus and drinking in its scenery. 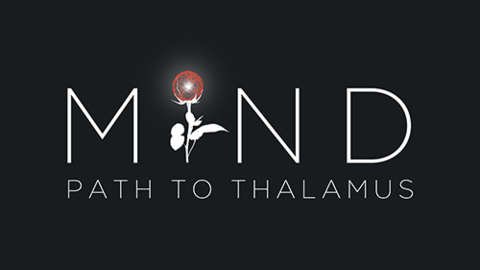 MIND: Path to Thalamus is a First Person Puzzler that throws you into a fantastic and surreal environment. You will bend the natural elements to your will in order to progress in this emotive, mind-bending tale.