Mike Tyson's Boxing just doesn't have the depth of Knockout Kings or the immediate satisfaction found from the arcade style of play in Ready 2 Rumble.

Mike Tyson's Boxing has been described as a boxing game that's a cross between Ready 2 Rumble and Knockout Kings because it shares similar arcade and simulation elements from both of those titles. However, both of those titles handle their respective strengths infinitely better than Tyson. Mike Tyson's Boxing just doesn't have the depth of Knockout Kings or the immediate satisfaction found from the arcade style of play in Ready 2 Rumble.

Aside from the man himself, Mike Tyson's Boxing is completely devoid of any personality or any real sense of a goal. Sure, you want to spar with and play as Tyson, but since all the other fighters in the game are completely generic you never feel any sense of accomplishment when you win. Of course, this wouldn't be a big deal if the game had solid control and gameplay, but unfortunately the game's system for throwing blows isn't very exciting.

The game's control and AI scheme is actually similar to how Tyson fights, but since each and every fighter fights the same way it's not actually a good thing. So every fighter boxes by slowly plodding around the ring, loading up one big punch after another. You throw power punches by simply holding down the button and releasing, combinations are far and few between, and since you quickly realize that landing power punch after power punch from the outside is the key to the game, playing becomes completely monotonous. The only thing that actually keeps the game interesting for a bit longer is the career mode that lets you build and manage a fighter's career from the ground up. You get to pick your fighter's training schedule, and you also get to guide him to fitness so that on fight night he'll perform properly. If you need help finding the right balance between diet, exercise, and sleep you can always ask Mike for advice. While this all sounds well and good, you'll unfortunately see right through the difficulty in this and basically ignore the training schedule and skip directly to the fights.

Visually, Mike Tyson's Boxing isn't the best or the worst boxing game. The 3D models used for the fighters are fairly well put together, albeit very polygonal looking, but fairly solid. The animation of the fighters is, however, where the game's visuals start to fall apart. The pugilists just simply move totally unrealistically: Their punches, their footwork, and their overall fighting are all just a little off from reality. This, combined with the game's low frame rate, makes the action in the ring look a little messy. In the audio department, the game's uneventful soundtrack, arcade-style sound effects, and weak announcing don't really add to or take anything away from the game since they are hardly noticeable.

In the end, Mike Tyson's Boxing isn't a whole lot of fun to play past the first few hours. The game's poor presentation gives you a hint of the game's nature right away, which is confirmed hours later once you've mastered the game's repetitive gameplay mechanics. In short, if you're looking for a PlayStation arcade boxing game, go with Ready 2 Rumble; if you're looking for a more realistic boxing game, pick up Knockout Kings. 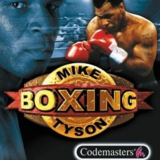 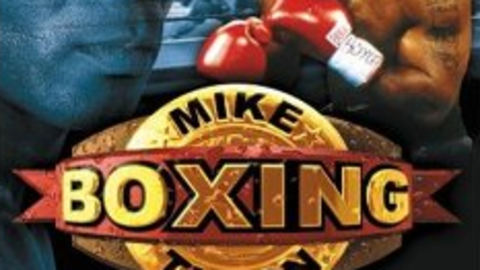 Mike Tyson's Boxing just doesn't have the depth of Knockout Kings or the immediate satisfaction found from the arcade style of play in Ready 2 Rumble.