Midnight Club: Street Racing takes the basic concepts and modes that made Midtown Madness so much fun and adds to it more hidden vehicles and a rudimentary plotline.

Back in 1999, a developer called Angel Studios teamed up with Microsoft and released Midtown Madness, a PC racing game that plunked you down in the middle of a realistically modeled city (in this case, Chicago) and let you engage in different types of races amid the city's traffic, pedestrians, and police. Now, Angel Studios has teamed up with Rockstar Games, and the result is Midnight Club: Street Racing, a game that takes the basic concepts and modes that made Midtown Madness so much fun and adds to it more hidden vehicles and a rudimentary plotline.

The plotline is as simple as it is unnecessary. You, as a New York City cabdriver, need a little spice in your life. One night, while driving around aimlessly, you happen upon Emilio, a low-rider driving chump with a turtleneck sweater and an accent that bounces between Latino and Italian. After showing that you can keep up with Emilio's ride, he introduces you to Midnight Club, a secret organization of late-night street racers. From there, you cruise the city, looking for trouble in the form of hookmen. These hookmen are visible on your map. Once you get behind them, you'll have to keep up with them until they feel that you're worthy of a race. The hookmen races pit you against that driver's entire posse. But calling up one of the hookmen on your handy cell phone puts you in a one-on-one race. When you win the race, you add the opponent's car to your garage. Most of the races are checkpoint races, mean you can go just about any direction you like, as long as you hit all the checkpoints and get to the finish line before the opposition. While you're given an insane amount of freedom in the races, there are usually only two or three viable paths to success. Eventually, your Midnight Club exploits lead you to London. Both cities are extremely large and full of life. Aside from the main career mode an arcade mode, which lets you set up head-to-head, checkpoint, and two-player races. There's also a capture the flag mode, which lets you play against another person or against computer opponents. The two-player splitscreen mode introduces a bit more pop-up into the equation, but it's still very playable.

Midnight Club is an arcade-style racing game - so while the physics have a realistic feel to them, they've been exaggerated for more impressive skids, jumps, and crashes. On wet streets, some of the cars will spin around a full 360 degrees when you pop the e-brake and yank the wheel to one side. The cars even jerk a bit when you peg the accelerator to the floor, thanks to the extreme torque some of the motors put out. The control is easy to figure out, and the variance between the game's numerous vehicles makes the game interesting from beginning to end.

The graphics in Midnight Club are very impressive. Lampposts flood the streets with light, only darkening when your car veers off course and takes a few of them out. In rainy conditions, the street almost glows with superb reflections. The cars are also highly reflective. The game has extremely little pop-up, and what little pop-up is well disguised by fog. Lastly, the game runs at a rock solid framerate, ensuring the game is always a fast-paced affair. The soundtrack is, for the most part, well done, and the voicework used in the game (mostly for the various hookmen you encounter in both cities) fits the story very well.

Overall, Midnight Club is an extremely fun arcade-style racer. The two cities are so huge that you'll find yourself eventually gravitating to the cruise mode just joyriding around without any specific objective. But the gameplay options on offer make the game a blast, regardless of what mode you choose. 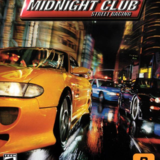 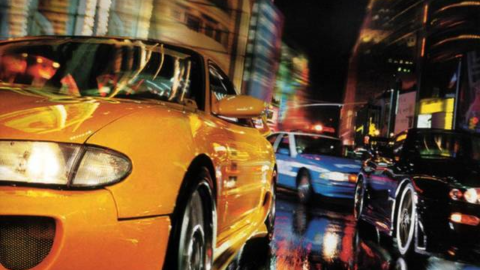 Midnight Club: Street Racing takes the basic concepts and modes that made Midtown Madness so much fun and adds to it more hidden vehicles and a rudimentary plotline.