Almost as much an RPG as it is a racer, Midnight Club: LA Remix would be a very good addition to any patient car nut's portable library.

The last PSP version of Midnight Club, Dub Edition, was plagued with frame rate problems, insanely long load times, and hammy acting during its crummy story bits. The only issue that remains in its newly released sequel, LA Remix, is the duration of the loading screens. Actually, there are still some over-the-top trash-talking and too-extreme-for-you characters, but the thin story serves its purpose to motivate you to demolish the competition. With its big list of varied vehicles, a substantially sized city, and great visuals, Midnight Club: LA Remix is a surprisingly dense PSP game. Remix is packed to the brim with hours of intensely fast racing as well as addictive aesthetic and performance upgrades, making for a well-rounded racing experience. Its crushing difficulty will have you agonizingly restarting races during anything tougher than the easy-rank challenges as you arduously advance through a slow career--but even that won't deter you from having a good time behind the portable wheel.

Intricate shortcuts litter the metropolitan playground and you'll be forced to find and exploit them to get ahead of the overly talented competition. Whether you're sprinting to reach a goal or doing laps around the city center you'll immediately notice that the AI competitors are a tough crowd. Opposition suddenly becomes violently aggressive when you graduate beyond the easy-class matches, forcing you to restart races at a constant and aggravating rate. Though you can easily be smashed off course and into a wall by the annoying trash-talkers that burn past you, they will barely budge when nudged, slammed, or grinded against. It's almost as if they are immovable on a preset course. Blasting by the competition at almost 200 miles per hour after a turbo boost or drafting an opponent's rear-end slipstream to finish first is an immensely satisfying feeling, though it rarely happens without you limping through the city in a dozen tries as you attempt to figure out the critical path to the finish line.

In spite of this punishing career challenge, Midnight Club: LA Remix is ridiculously fun. Tearing across cities, launching over freeways, and drifting through tightly woven Los Angeles traffic is surprisingly exhilarating on a portable screen. The sense of speed, heightened by a subtle screen shake, makes for intense and exaggerated driving with surprisingly tight vehicle controls on the PSP's analog nub. And whether you're rotating in midair or dipping between lanes on two wheels, you'll find that you're almost always able to navigate your ride exactly as you intend.

When you're not in the middle of one of the high-octane races you'll be navigating the shrunken version of Los Angeles in a free-roaming mode in search of new events or rival racers. When you approach one of them, flashing your headlights with the D pad initiates the race, or a minigame-like race to the starting line that can earn you a little bit of reputation before the real deal kicks off. The reputation, or rep, is very similar to a role-playing game's experience system. Each win earns you a certain amount of experience with increased difficulty yielding more rep as you build up your name as one of LA's finest racers. Once you've earned a ridiculous amount of rep, you can take a trip to Tokyo for an entirely new layout with all the same fun and frustrations. Since you're earning so few rep points at a time, however, you might start to feel like LA Remix is a little too like an RPG at times. Though it never stops being fun, the repetition of driving the same routes in the city's racetracks begins to irk as you grind your way to a better rep with repeated matches. It's a slow burn, but you'll feel the reward when you unlock delivery or payback missions to break up the standard competition.

Vehicular customization is also a rewarding process, and it's where Midnight Club shines. Pining over which hood would look best with your brand-new Camaro concept car is something you wouldn't expect to have such a profound effect on you, but detailing your vehicle with personalized parts and paint jobs allows for incredible aesthetic tailoring. While it's not quite as deep, performance customization offers an incentive to save some of your earned scratch to drop on better engines or exhaust instead of patterned paint jobs and side skirts with boosts in acceleration and handling to help you in your rep-race to the top.

You'll definitely see advancement in your own skill as you progress, but it seems to do little against the previously mentioned crushing AI. You'll find yourself relying on your vehicle's special abilities and power-ups when you're in a tight squeeze: slowing down time with the Zone ability allows you to focus on sharp turns or slaloming between pedestrian traffic, while Roar sees you blasting traffic out of the way with a deep pound and Agro allows you to simply smash through it without consequence. More special abilities like the vehicle-launching Pulse or slick-controlling Ice are available during the four-player competitive ad hoc multiplayer. You can take any of your 58 tightly tuned cars or bikes against a few friends in standard races as well as a few other unique game types: Capture the Flag is full of ramming and slamming as you try to steal the flag marker from your opponents to score points; Paint is a trial of checkpoints as you try and paint the city in your colors before the clock runs out; and Tag is exactly as you remember it on the playground--except you're T-boning and fishtailing opponents' rides instead of tapping their shoulder.

Midnight Club: LA Remix is an extensive game with loads to offer, but the difficulty might hamper your experience. You'll spend plenty of time retrying and redoing races as you attempt to rack up your rep, but the grinding rarely becomes a problem because you're enjoying the intensity of kicking off of ramps for crazy hang time, drifting around tight bends with the help of automotive super powers, and creaming your pals in the crash-heavy multiplayer modes. As one of the better-looking and best-controlling PSP racing games on the market, LA Remix is a must-play for portable racing pros thanks to the variety of game modes, substance of the city, and a mess of great customizable rides. 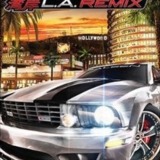 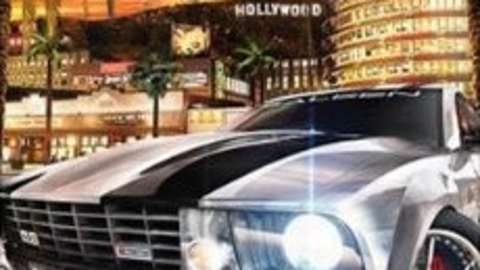 The Midnight Club street racing series rolls on to the PSP.