Microsoft Flight Simulator isn't really a game. Over a dozen years it's had five major version upgrades, ports to nearly every platform (and language) on the map, and cumulative sales that nudge the stratosphere of desktop productivity perennials. This can't be a game, can it? Maybe it's not software at all, but the first CD-ROM-based cult. Then the ever-popular cross-continent jaunts, where the most exciting things to happen are takeoff, landing, and the seven-odd meditative hours of not crashing in between, would make sense. Actually, before this latest release, a powerful mantra and finger cymbals were necessary to make the thing fly under Windows 95.

For those not yet initiated, Microsoft Flight Simulator is as realistic an approximation of the flying experience as has ever alighted on desktops, and is not for the faint of heart (or faint of manual). Want to take off? Well…make sure you've completed the pre-flight check (equipment failures can be set to occur randomly), tune your transponder to the code provided by the tower, set your COM and NAV radios to the local frequencies, check the wind direction and speed, request permission to take off from air-traffic control, taxi to the appointed runway (avoiding other taxiing aircraft, of course), set your flaps, release the brakes, and apply the throttle. While this degree of realism may seem overly fastidious to some, it is part of the flying experience, and duly rendered. Novices may, of course, bypass much of the minutiae, and ample multimedia flight training is provided, but in the end, this is where you're working to be…and sometimes, it really does feel like work.

Before you're in the air, though, you also have to decide where you want to go today - scenery and hundreds of airports are mapped for every inhabited continent on the globe, making dramatic crashes into each of the extant Seven Wonders of the World a possibility (nay, an obligation). You can take off from Marrakesh, refuel in Marseilles, and end the day in Malta. But first, immerse yourself in the navigational arcana of VHF Omni Range and non-directional radio beacons, VOR radials, and Instrument Landing Systems - you won't get to Paris by taking off from London and pointing your plane east. Selected navigational maps are provided, but for flights further afield you'll need to download a homebrewed chart or invest in a set of professional Jeppeson charts, and then carefully map your course beacon to beacon. With play like this, who needs work?

This version of MSFS is Windows 95 native, and while the jury is still out on DirectX, the windowed environment is handy - you can use the in-flight autopilot cruise time to catch up on e-mail, Microsoft Office add-ins for flight planning, and navigational calculation can only be around the corner. Other additions to this version are two new aircraft - a 737 jetliner and the Extra 300S aerobat (which join the Cessna, Learjet, Sopwith Camel, and sailplane) - and a much-needed overhaul of the antiquated and confusing interface - the ordained will find it familiar enough, while novices will be able to get into the air faster, configuring weather, season, time-of-day, and realism levels more intuitively. The scenery is as rich as ever, with subtle texture-mapped geography, visual cues from accurately placed landmarks, and regional swaths of satellite-generated photorealism. Other swank features from previous versions are retained, such as the "Land Me" option, video replay of stunts and landings, multiple external views, and "slewing" (the ability to freeze action and reposition or reorient the aircraft). Likewise, the aerodynamic realism of Microsoft's flight model is as good as ever - after seeing the punishment a 737 can take (yes, it can loop the loop), real-life in-flight turbulence isn't nearly as disconcerting as it once was. The only notable absence is support for multiplayer flying, though Microsoft promises this in future releases via its DirectPlay technology.

The bottom line? Whether you consider MSFS a game or not cuts to the quick of whether you'll be converted. Games have rules, a context, and a motivation…a way to win. The rules in MSFS? The laws of physics. The context? You're a pilot in a plane. The motivation? Well…you're a pilot in a plane, subject to the laws of physics. If you can suspend your disbelief and enter the reality of the simulation, then MSFS is the ultimate tool for exploring that fantasy of flight, with its moments sublime and mundane. Indeed, it's not the gameplay but the gamework - the checking of instruments, the charting of courses, the credibility of the simulation - that makes the fantasy available. That said, if you can't convince yourself that getting from A to B really matters, Microsoft's feeble "adventures" - such as "see if you can fly through the Arc de Triomphe" - will sustain your interest for all of five minutes. The great shame of this product is that it feels unfinished in this regard; if you can't buy into the realism trip, there's not much to go on. Microsoft is just a mission-disk away from transforming this product from the cult that it is into the major religion it should be. 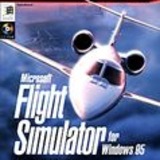