Fans will love the inclusion of the pop prince’s biggest hits and dance routines, but the barebones package stops Michael Jackson: The Experience from being a thriller.

For many people, Michael Jackson is the greatest pop star in history. With a career spanning more than 40 years, his songs, dances, and electric on-stage persona are the stuff of legend. While Michael Jackson: The Experience doesn't succeed in offering particularly deep gameplay, it manages to capture the magic that made Michael such a legend of the pop world, with great routines set to some of his biggest hits. The lack of both a career mode and any meaningful bonus content detract from the experience, but if you're a Michael Jackson fan and have a group of friends to play with, you'll have a lot of fun dancing to his classic songs.

Michael Jackson: The Experience is extremely easy to pick up and play; up to four people can dance together, picking from of one of 26 of Jackson's hits. To play, you simply hold the Move Controller in your right hand and replicate the actions of a virtual dancer onscreen. You're awarded points based on movements tracked by the Move Controller, with each successful move being scored as bad, OK, good, or perfect. A score bar on the left of the screen fills up as you perform, hitting star markers along the way. Depending on how many stars you hit, you're awarded a star score at the end of each song, showing you how well you performed. However, no matter how few points you get, it's impossible to fail out of a song, which removes some the challenge. You can also choose to sing a song rather than dance. Lyrics are displayed at the bottom of the screen while you're performing, while a pitch bar lets you know if you're hitting the right notes, giving you a rating based on your pitch and rhythm.

The note tracking works well, as does the motion tracking, which accurately picks up your movements during routines. Most of those routines are based on those in Michael’s music videos, with a few original creations inspired by his dancing thrown in too. Signature moves, such as high kicks, toe stands, and moonwalks, all make an appearance and are extremely tricky to replicate if you're not blessed with Michael's skills. You do have the option of performing as one of the backing dancers, who have less-complicated moves, but this is only available on a limited number of tracks. Despite the difficulty, songs are a blast to perform, with the famous routines from "Thriller", "Beat It", and "Billie Jean" particular highlights. Playing with friends just adds to the fun because it's hilarious to watch them take part, and friends sitting it out can sing along with the lyrics displayed onscreen. Fans will be pleased to see most of his celebrated back catalogue in the game, including songs from his Motown days, such as "Rock With You" and "Don't Stop 'Til You Get Enough." From the '80s, "Bad" and "Smooth Criminal" are available, as well as more recent songs, such as "Ghost" and "Money."

All of the songs are accessible from the outset in Dance mode, where you can jump straight into a routine with friends or on your own. There's only one other mode to choose from called Dance School. It features a number of tutorial videos from dance instructors who run you through warm-ups, stretches, and moves from Michael's songs. Weirdly, you actually have to unlock these tutorial videos by earning a certain number of stars from the very songs that the tutorial teaches you about, making them rather pointless learning tools. Other than that, there's nothing else to do, which makes "The Experience" part of the title something of a misnomer. There are no music videos, no behind-the-scenes footage, no interviews, and no download store to acquire more tracks.

The cartoon-like HD visuals look crisp, featuring stylized video footage of dancers laid over 2D backgrounds, with bright neon colors and white outlines making them easy to follow. All dancers are dressed in outfits from Michael's career, and look great. While the backgrounds aren’t quite up to the same standard, they capture the feel of the music videos they're imitating, whether that be darkened backstreets in "Beat It", graffiti-covered car parks in "Bad", or the African outback in "Black or White." The sparkly visual effects that are thrown into dances also look good, particularly when you gain a star and an explosion of glitter flows to Michael's famous gloved hand.

Since it lacks a career mode, sensible unlockables, or even any music videos, this isn't so much an "experience" as it is a simplistic dance offering. Nevertheless, despite the bare-bones package, there's lots of fun to be had performing the excellently choreographed dance routines, which perfectly capture the Michael Jackson vibe. Getting a group of friends to play with you makes the experience even better, particularly with large group routines such as in "Thriller." Most of Michael's biggest hits are included, and lapsed fans will get nostalgic seeing the classic moves and songs. While it might not set the world of dancing games on fire, Michael Jackson: The Experience is good for a dance or two, particularly if you're a fan of the king of pop. 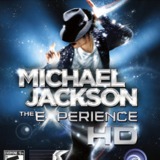 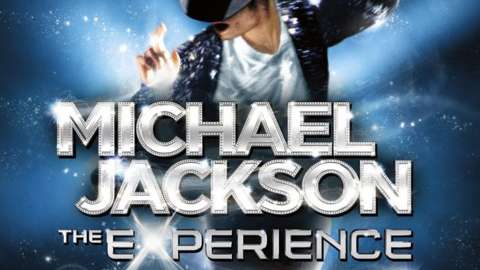 Michael Jackson is an interactive performance-based video game inspired by the legendary King of Pop.