Ever since Gran Turismo topped the charts on the PlayStation, other game developers have been attempting to re-create the magic. Sega GT was heralded as the first Gran Turismo killer on the Dreamcast, but its floaty control kept it from attaining cult status. Bizarre Creations is now taking its turn at besting Gran Turismo with Metropolis Street Racer. Like most other sim-based racers, MSR places an emphasis on real-world cars and realistic driving physics. But in its attempt to build upon the foundation laid down by the GT series, Bizarre Creations has forgotten a few key components.

The main mode in Metropolis Street Racer is the aptly named street-racing mode. Kudos (points) are awarded at the end of each race based on your driving skill and style. Skill points are garnered by being quick to the finish, and style points are awarded for sliding around corners using the hand brake. Following each race, points are calculated and deductions are made for any collisions with walls or cars. As you accumulate kudos, new races are opened for play. Each of the game's 25 chapters features ten races that take place on 200 different track variations. Initially, you race alone against the clock, but as the chapters wear on, you eventually compete in one-on-one races and a full-blown championship circuit.

While the kudos system is certainly unique, it's also a major hindrance to the enjoyment of Metropolis Street Racer. After completing the first four races in a chapter, opening the fifth race becomes a struggle. To do it, you have to return to previous races and attempt to accumulate more points. The catch is that you must endure a deduction just for trying the race again. If you have a bad run full of collisions, you can end up losing more points than you gain. Even if you race well, the upswing is far too small, resulting in numerous attempts at the same race while chipping away at the mountain of kudos needed to move on. It's not overly difficult in the beginning, but once you get into the later chapters, one wall scrape can ruin three laps of perfect driving. It's frustrating, to say the least, and most casual players will find the difficulty of MSR to be far too daunting.

Metropolis Street Racer includes 40 licensed vehicles to unlock from manufacturers like Audi, Mercedes, Toyota, Mitsubishi, and Alfa Romeo. Unfortunately, you can't tweak car attributes other than the color and windows. For a driving simulation, this is a definite no-no. The allure of the Gran Turismo series is the ability to adjust car settings to squeeze out that extra bit of speed. In MSR, what you see is what you get. Even so, those who are diligent will find plenty of motivation to unlock the faster, sleeker cars.

In addition to the street racing mode, MSR also includes quick race, time attack, and multiplayer modes. The quick-race mode lets you jump right into the action on any of the opened tracks. The time of day, race length, and weather conditions may be adjusted, and up to five computer-controlled cars can be added to the race. The time-attack mode lets you practice any opened track in an attempt to cut into your best time. The multiplayer mode, while just for two players, is quite extensive. Single races, quick races, a series of races, and a championship mode are all available for multiple players. The lack of network racing is disappointing, but it's possible to post your best time-attack scores to an online MSR leader board.

Metropolis Street Racer is a visual tour de force on the Dreamcast. When you begin the game, you enter the local time. From then on, the game's tracks - which are set in San Francisco, London, and Tokyo - all reflect the actual time of day. This makes for awe-inspiring sunsets and pitch-black night settings. The three cities have been modeled with care, and popular tourist attractions like Fisherman's Wharf in San Francisco and Big Ben in London add an air of authenticity to the surroundings. The real-time lighting in MSR is particularly impressive. Streetlights cast circular spots of light that illuminate the cars as they pass underneath, and the headlights push back the darkness with alarming exactness. Reflections dance from one end of the cars to the other, and particle effects are put to good use for smoking tires. While there are just three main environments to race in, each area is huge and full of branching paths that are opened or closed for each track variation. On the downside, the frame rates aren't always the best, and the night races are far too dark.

The audio options in MSR are a refreshing change from the norm. Each of the three cities has its own radio station, complete with commercials and static that jumps in when you're going underneath bridges or through tunnels. The music can be annoying at times, as the San Francisco station has a fixation with country music, and some of the rock tracks can be mentally grating and full of cliches. Fortunately, you may choose your own music tracks from a list and create your own playlist to listen to.

Metropolis Street Racer is a beautiful racer with accurate physics and tight control, but the kudos system makes it far more challenging than it needs to be. Those with short attention spans should rent this game first to see if they will enjoy the detail-oriented racing. Even those reared on the Gran Turismo series will find MSR to be a test of their fortitude. Metropolis Street Racer pretends to be a racing simulation by requiring perfect execution, but it fails to give you the desired customization options to make it worthwhile. In its attempt to appeal to both sides of the racing spectrum, Metropolis Street Racer ends up stuck in limbo. 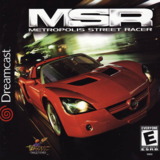 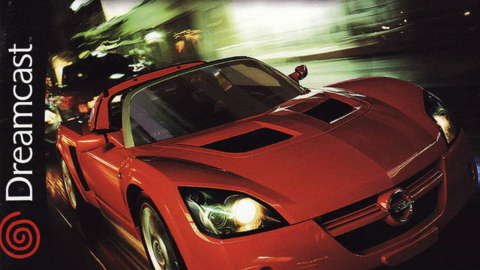