The entire presentation and the gameplay itself are totally first-rate in Metroid: Zero Mission. You'll just wish that there were more meat to the game.

Nintendo could have waited a couple more years, and then Metroid: Zero Mission would have been a fine way of celebrating the 20th anniversary of one of the company's most beloved franchises. The game, which is styled after the 10-year-old classic Super Metroid, is a remake of the original Metroid, which debuted on the Nintendo Entertainment System in 1986. Those who remember playing that game in its heyday will be in for a number of unique surprises here, though, and to get any more specific than that would be to ruin some of the fun--so, Metroid fans, be wary of spoilers (this review does not contain any). Even those who don't consider themselves fans of the series ought to appreciate the quality of this side-scrolling action game. It features excellent controls and visuals, and very well designed action and exploration elements, together with some great science fiction touches. Unfortunately, much like the first Metroid title for the Game Boy Advance, 2002's Metroid Fusion, Zero Mission is a disappointingly short-lived experience. That's partly because the game is so captivating for as long as it lasts that you may be compelled to blast your way through in just one or two sittings.

Like every Metroid game, Zero Mission casts you as the legendary interstellar bounty hunter Samus Aran, whose one-of-a-kind power armor enables her to battle foes and reach places no one else can. The game begins when she lands on the planet Zebes. Her mission is to exterminate the space pirate presence on the planet and to wipe out the Metroids, those floating jellyfish-like creatures whose life-sucking properties threaten the galaxy. Zero Mission essentially rewrites the Metroid canon by fleshing out the content of the original game. If you played the first Metroid, you'll undoubtedly recognize some of the sequences from that game in their new incarnations here, but you'll instantly notice certain sequences and encounters that are completely new. Also, Zero Mission features some good-looking full-screen cutscenes, which are occasionally used to move the story along. Fortunately, the story isn't as pervasive and invasive as it was in Metroid Fusion, in which the story made you constantly feel as though you were being rushed from one area to the next. This means you're more or less free to go about Zero Mission at your own pace, which adds to the feel that Samus is not just a bounty hunter, but a detective.

The original Metroid isn't remembered as a short game even though it was technically much shorter than Zero Mission. That's because you needed to navigate the mazelike environments of Zebes entirely on your own. There was no convenient automap to refer to, and you couldn't save your progress or regain all your health and ammo from various points strewn about. Most of all, you were never given any indication of where you were supposed to go next. You simply needed to run around, stay alive, find power-ups, and then backtrack to those areas that were either too difficult or simply impossible to traverse previously, assuming you could remember the way.

It's mostly just a sign of how times have changed, but Zero Mission certainly is a lot easier to play than the game it's based on. As you'd expect, you do have an automap, and at certain key points, a blip on your automap will indicate where you should try to go next. As a result, and much like Metroid Fusion, Zero Mission is a fairly linear game, despite appearances that you're free to go wherever you want. You can try to explore off the beaten path for items that boost your maximum energy and missile capacity, but only a few parts of the game are particularly challenging at the default difficulty setting, so you won't be doing this out of necessity. All told, you should be able to finish the game in just five or six hours your first time through. At that point, you unlock a harder difficulty setting in which enemies are tougher and more plentiful, and you also unlock the classic version of Metroid, which sure doesn't look like much anymore but still plays well (and, fortunately, you have the option to save your progress to the cartridge as well as use the original password-save feature). Furthermore, you can continue hunting for every last hidden item. The hidden items aren't even that interesting to find, for the most part, since a mark on your automap indicates when such an item can be found in your general vicinity.

The course of the game itself, short though it may be, is exciting and action packed. Samus starts out pretty strong; she can fire rapidly in any direction using the beam weapon on her arm, and she can jump pretty high. But she'll soon start stocking up on enhancements to her power suit, most of which will be very familiar to Metroid fans. For example, the morph ball lets Samus roll up into a sphere, in which form she can navigate air ducts and other narrow corridors. She also finds bombs, which she can use to blast her way into certain areas when in morph ball mode. The classic "bomb juggling" trick, which was strangely missing from Metroid Fusion, is back in Zero Mission, so you can use a properly timed series of bomb blasts to propel yourself into otherwise-inaccessible areas.

Other power-ups give Samus much stronger, more versatile attacks. The ice beam allows Samus to freeze enemies and use them as platforms. The screw attack turns her spinning somersaults into a devastating combat maneuver. The wave beam, which was an alternative to the ice beam in the original game but is an upgrade here, makes Samus' shots wider and able to penetrate solid walls. Samus also finds a very useful power-up called the power grip, which allows her to grab and climb onto ledges. In Metroid Fusion, Samus could climb ladders and could climb hand-over-hand while hanging from horizontal surfaces, but this didn't make much sense since she had a big gun for an arm. This time, there's no climbing, though being able to latch onto, vault off of, and shoot from most ledges is a great feature that makes Samus much more mobile once she gains the ability.

Later in her adventure, Samus will also find power missiles and power bombs, which are souped-up versions of the basic versions. These let Samus open up a few doors that couldn't be opened previously, and that's about all the purpose that they serve. This is indicative of the game's main shortcoming: There's a ton of cool stuff to find in Zero Mission, but there just aren't many situations in which you get to use most of it. The game features a number of great-looking battles against boss monsters, many of which creep up on you in a surprisingly suspenseful manner, but most of the bosses simply require you to jump around to avoid their attacks and counter with a barrage of missiles. And, late in the game when your suit is fully powered up, you can freely navigate the environment without any fear of its inhabitants, most of whom will be far too weak to do you any real harm. It's almost as if Samus' suit were designed to allow her to take on a more challenging, much longer adventure than the one in Zero Mission. At least there's the hard mode to provide her with a more serious fight.

In spite of this, Zero Mission is still thoroughly entertaining for what it is. If you've played Metroid Fusion, Super Metroid, Castlevania: Symphony of the Night, or any of the Castlevania games for the GBA, then you've got a good sense of what you'll be in for. The formula for all these games has clearly stood the test of time and works extremely well by compelling you to revisit areas with newfound powers and to investigate every nook and cranny of the environment in hopes of finding even more stuff. Meanwhile, the core action of Zero Mission is excellent. Samus controls responsively and boasts a full range of motion and a diverse arsenal of attacks and abilities. And, of course, she's extremely well animated. She'll get to square off against all the classic foes from the original Metroid (most of which aren't very interesting by today's standards, though), and a few new opponents help make the proceedings more interesting. In particular, longtime Metroid fans will gain a newfound appreciation for the tactics of the mantislike Zebesian space pirates during the course of this game.

Metroid: Zero Mission recycles some of the character graphics from Super Metroid and Metroid Fusion. Fortunately, Samus' red-and-gold power armor looks every bit as good today as ever. Samus animates fluidly, and, in a great touch, you can clearly see that her gun is always on her right arm, regardless of which direction she's facing. Fans will really appreciate how faithfully the original game's environments have been retouched in Zero Mission and will also more than likely really enjoy the new areas and enemies that have been added. Overall, this is easily one of the best-looking games of its kind on the GBA, and, in fact, its colorful and imaginative 2D graphics look a lot better than most of today's fully 3D games. Zero Mission also sounds excellent and features nicely remixed versions of the original Metroid themes. The game's sound effects are great, especially some of the digitized shrieks emitted by some of the game's larger, scarier enemies.

The entire presentation and the gameplay itself are totally first-rate in Metroid: Zero Mission. You'll just wish that there were more meat to the game or that Nintendo would deliver games like this much more often. Metroid fans shouldn't be discouraged, though, because they'll relish every minute of Zero Mission, and with good reason. 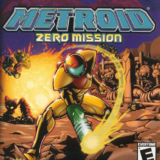 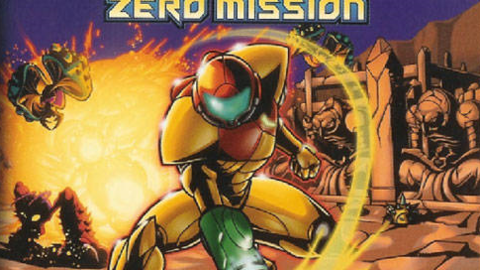 The entire presentation and the gameplay itself are totally first-rate in Metroid: Zero Mission. You'll just wish that there were more meat to the game.