Not ready for prime time.

Metroid Prime: Federation Force is the first Metroid game in more than half a decade, coming hot on the heels of the series' 30th anniversary. Rather than walk in the footsteps of its forebears and thrust you into another adventure as spacefaring bounty hunter Samus Aran, Federation Force puts you in the boots of a no-name foot soldier and tasks you to complete nearly two-dozen short missions. You can play alone--using an item that boosts your strength to help even the odds--but you're highly encouraged to team up with other players locally or online.

Even though it bears the title of the renowned franchise, Federation Force is only tenuously connected to the Metroid universe, with its only strong links to the series being a few cameos and references. But it's the inconsistent gameplay and difficulty spikes that make it tough to love, rather than the tenuous connection to its beloved namesake.

First and foremost, this is a first-person shooter where you spend a lot of time fighting armed ground troops, flying pirates, and occasional space bugs. Moving and aiming work surprisingly well, and uses a combination of the 3DS analog stick and gyroscopic sensors. With a New 3DS system, you can use the secondary stick to control the camera for more traditional, console-like controls. Save for your modest walking and turning speed, Federation Force's mechanics are sound and work as expected from the get-go.

Rather than build up an array of powerful weapons as you progress into the campaign, you have access to a slew of weaponry practically from the start, including missiles, elemental ammo, proximity mines, and decoys. You pick and choose your loadout from ammo reserves prior to each mission, but you can pick up replenishments from item boxes within levels, regardless of your initial selection.

For the most part, you succeed by shooting what you can with whatever you've got, and if an ally falls, you can revive them by rapidly tapping a button next to their mech.

In multiplayer, everyone in your party pulls from the same ammo pool before heading into battle. With no voice chat online, you're left to communicate via impersonal, predefined text strings if you want to strategize loadouts with your team. You can see how breaking up offensive and recovery items pre-mission could facilitate forming roles within your squad, but missions fail to incentivize such behavior. For the most part, you succeed by shooting what you can with whatever you've got, and if an ally falls, you can revive them by rapidly tapping a button next to their mech.

Missions offer little in the way of exploration, with secondary objectives that feed into your score serving as the primary incentive to think outside of the box. Even here, Federation Force loses its head, since there comes a point during multiple missions where you aren't rewarded points for shooting enemies due to an imposed score limit. You can look for cracked walls and bust them open to discover equippable mods that slightly enhance your stats, but you end up with so many middling mods that they begin to feel like an afterthought only a few missions in. A few are helpful in a pinch, but most offer incremental, almost-indiscernible boosts. It doesn't take long before going the extra mile becomes an afterthought.

Simple puzzle-based missions, by and large, fail to match the occasional excitement of combat, but they break up the predictable stream of alien grunts nonetheless. These mini-challenges typically involve shooting balls with your gun to roll them from one end of a map to another, navigating around obstacles and incoming fire along the way. But there comes a point in one mission where you pick up a ball using your suit's tractor beam, and you wonder why you were forced to deal with the convoluted process of shooting the balls to and fro in the first place. It's a minor contradiction, but one that feeds into the game's overarching sense of disarray.

Though you spend most of your time suited up in a mech, you occasionally need to abandon it to sneak into tight spaces and flip an access switch. You’re unarmed and diminutive compared to the space pirates that stand in your way, and Federation Force forces you to play stealthily during these sections--benign diversions that neither thrill nor pose a meaningful challenge.

Federation Force doesn't shine as a single-player experience because mission parameters and variables are balanced for larger parties and remain set in stone regardless of your party size.

There are times, however, when the game is too difficult or too easy for its own good; it all depends on the size of your squad. As I reported last week, Federation Force doesn't shine as a single-player experience because mission parameters and variables are balanced for larger parties and remain set in stone regardless of your party size. I hit a wall about a third of the way through the game when playing alone and eventually teamed up with a coworker. Together, we progressed further in the campaign but found ourselves outgunned with only a few missions left. I was able to team up with a full squad (four players) this past weekend, and sure enough, we completed the final few missions without fail. It should’ve been cause for celebration, but victory came almost too easy. A boss that a team of two couldn't finish in 20 minutes was effortlessly pummeled into submission in less than five minutes with a full team.

I spent more time with the game after finishing the campaign, tackling missions with teams of two, three, and four players, and concluded that there's no perfect fit for Federation Force as a whole. Playing by yourself the entire time is too difficult to be fun during certain missions--your punishment for failure is having to restart the entire mission--but playing with a full squad makes even the game's toughest encounters too easy to appreciate. In a game with discrete modes for playing solo or with a team, it's reasonable to expect that the game would cater its difficulty levels accordingly. Save for an item that boosts your damage output and armor, you're granted no meaningful advantage when playing alone. Even if you get a stat boost when playing solo, you can't be in two, let alone four places at once, and you can't repeatedly revive yourself when you run out of health.

Federation Force is lopsided; it presents simple rules and scenarios, but the variables therein fluctuate with no discernible rhyme and reason. If you manage to somehow land in a mission with the appropriate number of people, boss fights in particular can feel exciting, but you shouldn't be penalized for playing with a squad of any size when the game casually allows it. You can take the time to seek out a team whose size meets your needs, but that's bending over backward to accomplish something that should be handled for you. Unless you know missions like the back of your hand, you may find yourself unsure of how big that team should be in the first place.

When you strike the right balance between a mission and the size of your party, Federation Force is a decent co-op shooter with standout controls that provides a few hours of enjoyment. Unfortunately, it can just as easily frustrate you or bore you for no reason other than its static difficulty. Metroid devotees may not find a game that aligns with their deepest desires, but that alone isn't cause for concern here. In fact, Samus groupies may be thrilled to know that a post-credits sequence appears to hint at a new chapter in the Prime saga. This tip of the hat may inspire warm and fuzzy feelings for a moment, but an implied announcement for a game people have been asking for doesn't wash away the bad taste of a game that nobody wanted. Expectations for Metroid aside, Federation Force fails to make a case for itself in the end.

And then there's Blast Ball: the soccer-like game where you and two other players face off in matches against bots or other players, shooting a massive ball with your gun in hopes of knocking it into your opponent's goal. Blast Ball is nothing short of a chaotic frenzy where everyone fires at the ball simultaneously, aching for total control but never achieving it. More than a sport, Blast Ball is a war of attrition. Your controls work just as well as the main game, but there's almost zero room for skill or nuanced play. Having more to do in a game for the sake of having options isn't an automatic victory. If anything, Blast Ball is an unnecessary reminder of how mediocre Federation Force is as a whole.

View Comments (130)
Back To Top
5
Mediocre
About GameSpot Reviews 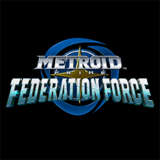 Peter completed Federation Force's campaign through a mixture of solo and cooperative play, with players local and online. He participated in a half-dozen matches of Blast Ball, and chalked every one of his goals up to luck. He reviewed Federation Force using a copy of the game provided by Nintendo. 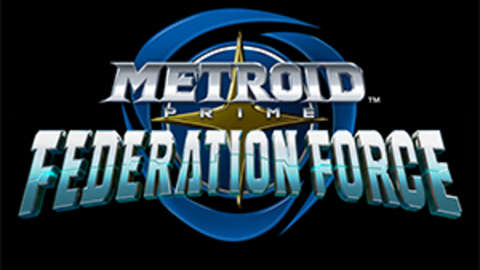 Join a four-player local or online squad in this co-operative sci-fi shooter set in the Metroid universe. Hop in a specialized battle Mech suit and work with your teammates to take down enemy forces and complete objective- based missions. Then, take a break and play a fun, pick-up game of Blast Ball with fellow troops.